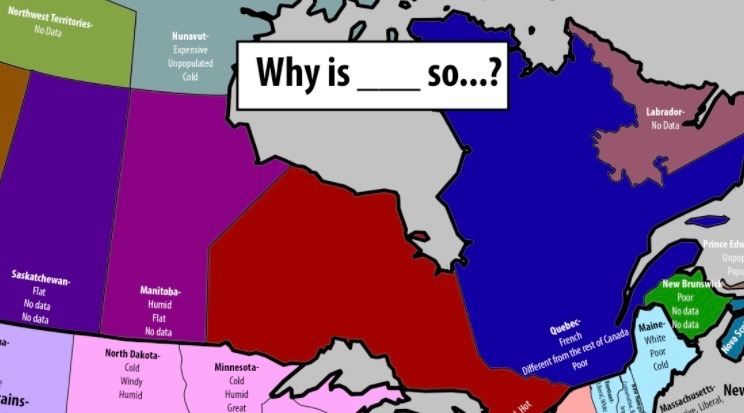 Reddit user Salem-Witch has put together a map that answers some interesting questions about Canada.

Well, actually, it answers one specific question. But in doing so helps us understand a lot more than its simple answers suggest.

Taken from 2016 Google Incognito searches, this map shows the most searched queries in both Canada and the US when the question is:

And what people are wondering about our provinces gives you some very interesting insight into the generalizations being made in our country (not to mention our neighbours to the south).

For instance, Alberta’s top three are as follows:

Ouch. Those are some harsh questions.

Arguably, however, not as bad as Saskatchewan, which only returned its top response:

Why is Saskatchewan so flat?

When that’s the only question really being asked we’re pretty sure, Why is Saskatchewan so boring, could soon be right behind.

Check out the rest of the map below and see what’s being asked about Canadian provinces. Though, keep in mind, this was done from a US computer on Google.com, not Google.ca – so these answers are subject to change.

We suggest you search your own Incognito window and see what you come up with! 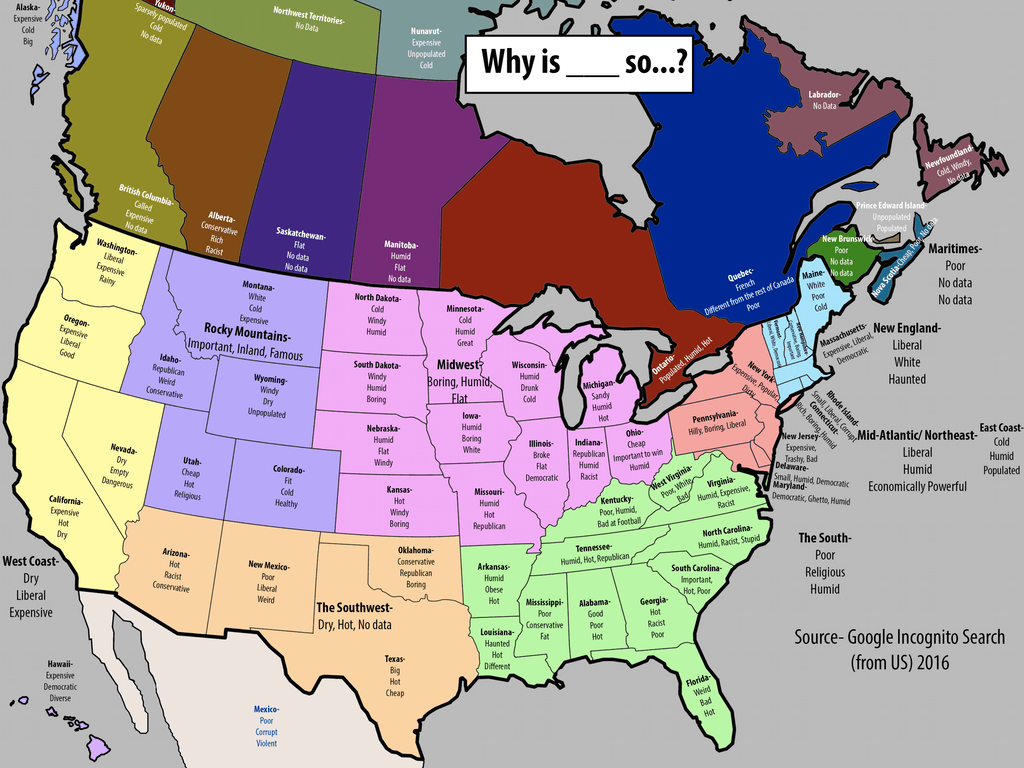 You can find a zoomable version of the map here.