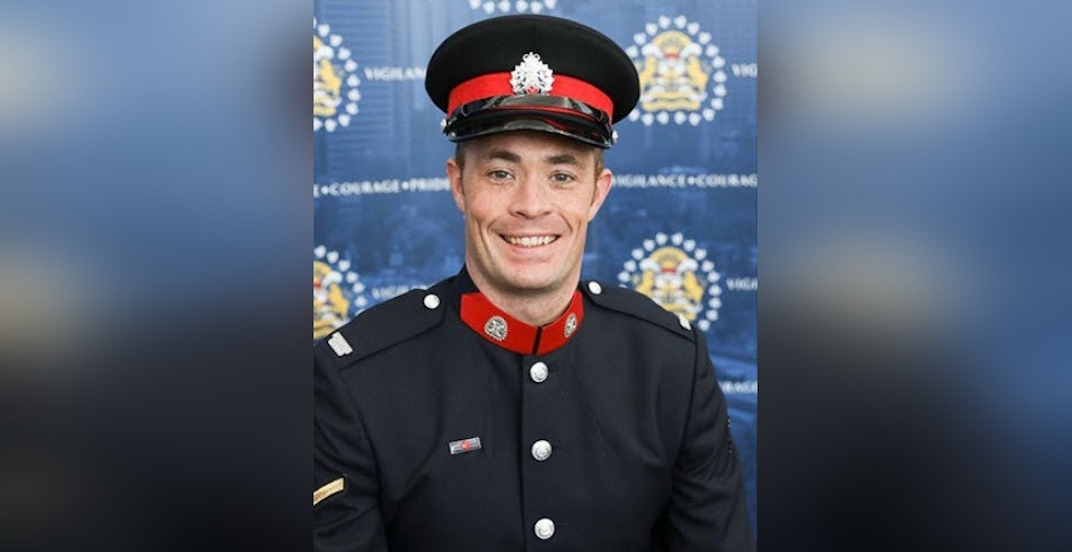 In a joint release, the National Defence and Canadian Armed Forces announced that two CF-18 Hornets from 410 Squadron would be conducting a flypast of the January 9 memorial.

“Through this flypast, the Royal Canadian Air Force will pay respects to Sgt. Harnett, and honour his service and sacrifice in protecting Canadians and the citizens of Calgary, both as a member of the Calgary Police Service and as a former member of the military police in the Canadian Armed Forces,” the release states.

In addition to flying over the memorial service, the jets will also pass over the Calgary Police Service Headquarters at 5111 47th Street NE. The flypast will take place at approximately 3 pm MST.

Sgt. Andrew Harnett, a 12-year veteran of the Calgary Police Service, was struck and killed by a driver attempting to evade a traffic stop on New Year’s Eve. Two teens who were allegedly in the vehicle later turned themselves in to police.

Harnett is survived by two brothers, his mother, and his partner, who is pregnant with their first child.

The RCAF said that any flypasts they conduct are carefully planned and closely controlled for public safety.