Now this is the setting for a horror movie.

Rat’s Nest Cave is an underground network of tunnels best known for spelunking tours – though guided trips of the cave are not the only service offered by Canmore Cave Tours.

They’ve also started an unEarthed series of events taking place below the surface, offering everything from music shows to movie screenings. 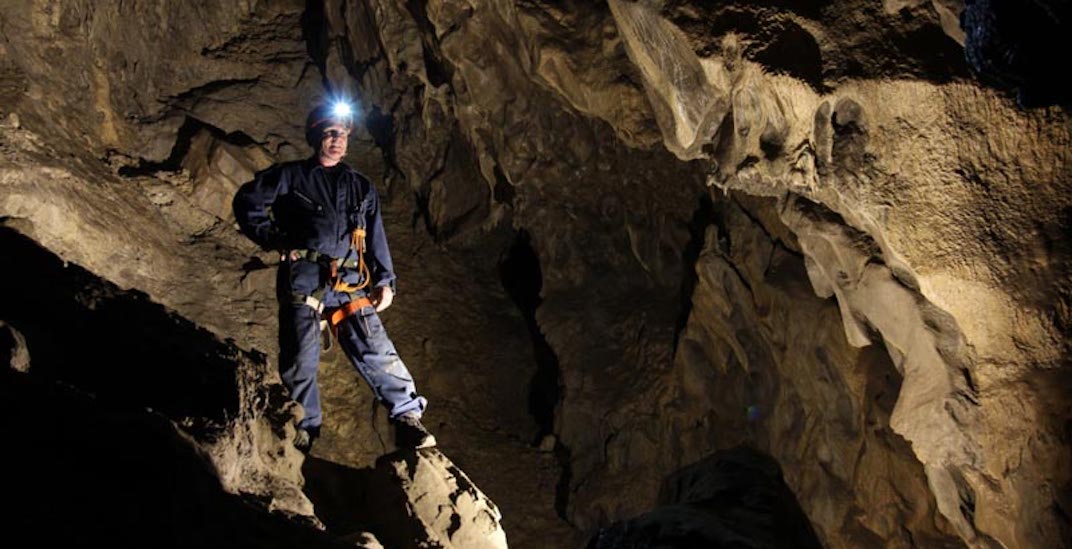 And this Halloween they’ve brought back Halloween Horror in the Cave, where cavers can watch horror movie The Descent in the perfect setting for getting seriously spooked.

The Descent, released in 2005, tells the story of a caving expedition gone horribly wrong, as explorers get trapped and pursued by a strange breed of predators.

The event was originally only planned for one night, on Saturday, October 28, but they have since added a new date on Friday, October 27 due to high demand.

They’ve even offered a teaser trailer to give you an idea of what’s in store.

Claustrophobia. Disorientation. Hallucination. Fear. What more could you want?

Halloween Horror in the Cave 2017

Tickets: Online, $129. Note that caving is a strenuous activity, all cavers must have a good fitness level and wear appropriate footwear and clothing.