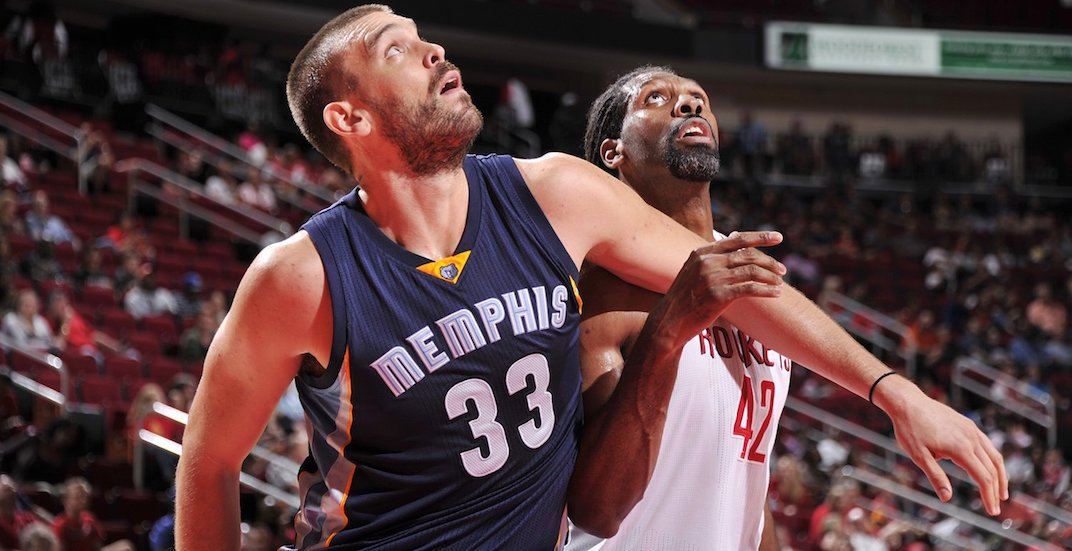 With an hour to go before the NBA trade deadline, the Toronto Raptors have pulled the trigger on a major trade according to ESPN’s Adrian Wojnarowski.

Toronto is planning to send Jonas Valanciunas, Delon Wright, CJ Milles and a 2024 second-round pick to the the Grizzlies for Gasol, league sources tell ESPN.

The Raptors are sending Jonas Valanciunas, Delon Wright, CJ Miles, and a 2024 second-round pick to the Memphis Grizzlies in exchange for Marc Gasol.

The trade is not yet official, but who’s kidding who, when Woj reports it, it’s a done deal.

Raptors-Grizzlies are getting on a trade call with the league for the Gasol deal, source tells ESPN.

Given their position in the standings (they have the second-most wins in the NBA) and the uncertain future of Kawhi Leonard, the Raptors are clearly in win-now mode. This is their best chance to take a run at an NBA championship, so president Masai Ujiri is putting his foot on the gas.

The Raptors reportedly offered Valanciunas and Kyle Lowry for Gasol and Mike Conley, but that deal was rejected by the Grizzlies.

Gasol, 34, represents an upgrade at the centre position for the Raptors.

The 7-foot-1 Spaniard can space the floor with an ability to knock down three-point shots, and is a good passer. Though he’s now in the twilight of his career, the three-time All-Star is having a nice season in Memphis, averaging 15.7 points, 8.6 rebounds, and 4.7 assists. He’s also sound defensively, as a former NBA Defensive Player of the Year.

Gasol has played his entire career with the Grizzlies since entering the NBA in 2008. He’s under contract until the end of next season, earning $25.6 million.

Valanciunas hasn’t played in nearly two months after suffering a dislocated thumb, but is ready to return to the lineup.