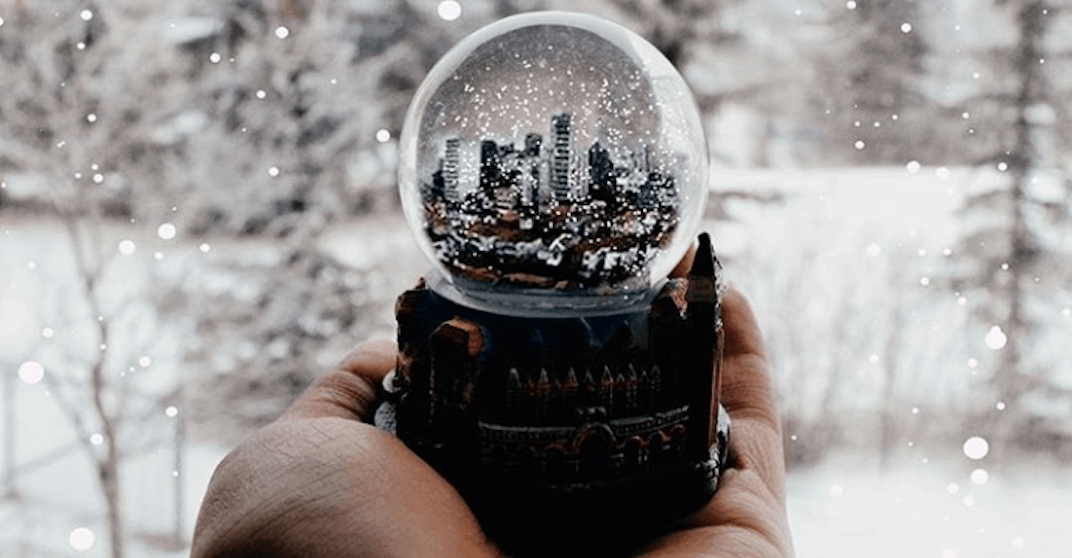 February is going to start off a little wet for Calgary.

Well, at least if The Weather Network’s seven-day forecast is to be believed, as it is predicting roughly 1 mm of rain and 5 cm of snow on Saturday.

Highs of 9°C that same day will likely be the warmest we’ll see the city for the next week or so, as sub-zero temperatures are expected to return by Sunday, with a high of just -2°C.

Sunday, Monday, Tuesday, and Thursday will all see a chance of less than 1 cm of snowfall, with daytime highs getting to as low as -7°C on Monday and nighttime temperatures dropping to -16°C at their lowest. 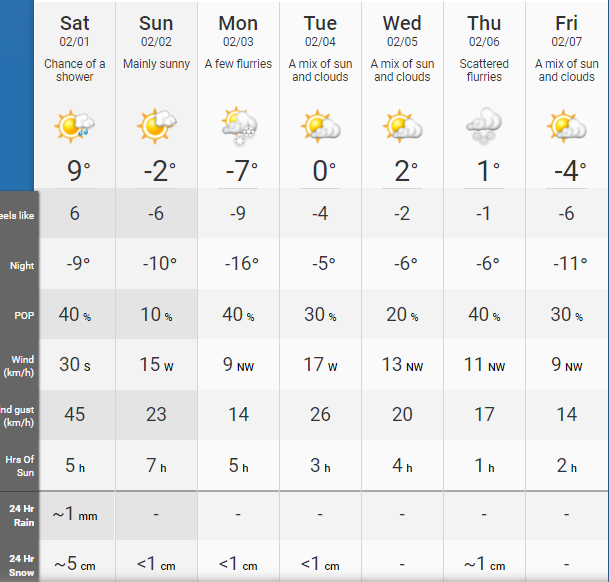 Even with the chance of snowfall, Sunday will live up to its name by being the sunniest day of the upcoming week, with an expected seven hours of sunshine being seen.

It’s (thankfully) not quite the deep freeze we saw at the start of this month — here’s hoping that spring is planning to show up sooner rather than later!