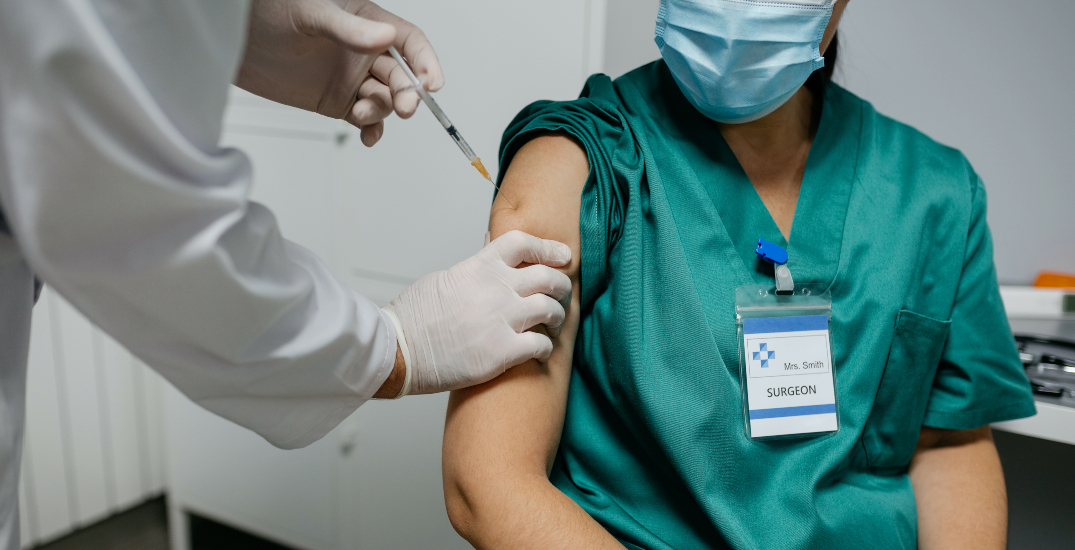 Healthcare workers in Quebec no longer face suspension if they choose not to get vaccinated against COVID-19.

During a Wednesday afternoon press conference, Quebec’s Health Minister Christian Dubé announced that the government’s vaccine mandate policy will no longer be in place.

Quebec had already moved its vaccine mandate date back to November 15, after initially cementing October 15 as the deadline.

Dubé says 97% of active healthcare employees have received at least two doses and says the government has made “big improvements” since the end of summer, when 80% of healthcare staff were fully immunized against COVID-19.

Dubé says unvaccinated healthcare workers will need to be tested three times per week and will face suspensions if they decline. New hires into the provincial healthcare system will be required to be vaccinated against COVID-19, he said.

The minister said Quebec would face “at least 500 service reductions” among the healthcare network, had the government gone through with its November 15 mandate date. He says the 3% of unvaccinated workers, which he cited as 8,000 people, would lead to “devasting consequences” to the province’s network.

Dubé says healthcare workers who choose not to get vaccinated will be subject to “rigorous” COVID-19 tests three times a week.

He says that even though Quebecers think it’s “inconceivable” that some workers don’t want to get vaccinated, he admitted that the healthcare system can’t let go from the final 3% of its workforce.

“You have a morality to protect patients and citizens,” Dubé concluded in English. “You also have to show solidarity with your colleagues. We are reaching out to you and sincerely hope you get vaccinated. Please do it for yourself and your loved ones.”