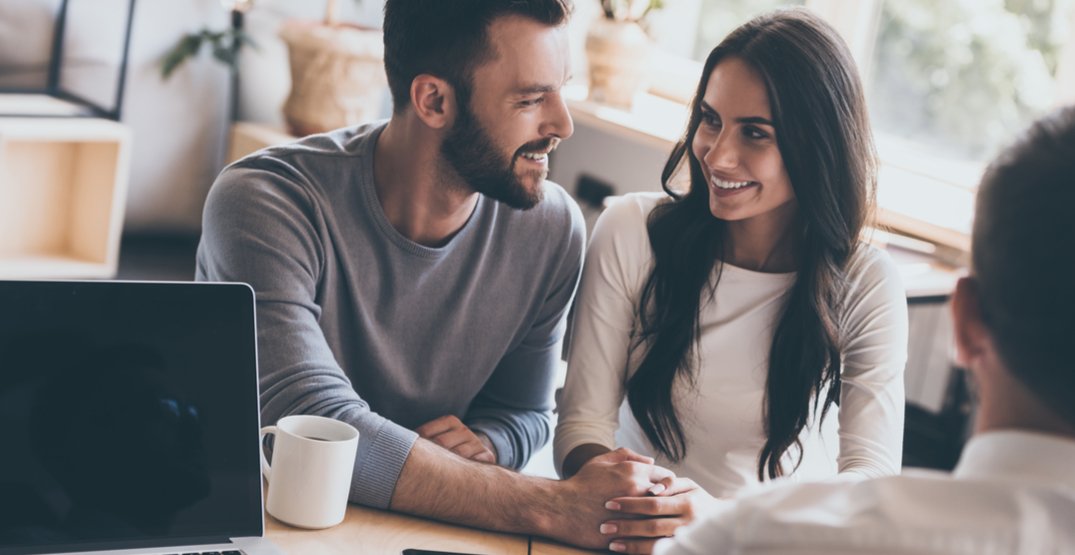 “If you ain’t no punk holla we want prenup. We want prenup,” these immortal words were handed down by Kayne West in “Gold Digger.” (Which came out 13 years ago, if you want to feel aggressively old.) And all along, you’ve most likely been blissfully unaware of what a prenup actually is. But with wedding season coming up, it’s time to learn more.

Buckle up: It’s time for some real talk about prenuptial agreements. Tag your spouse if they have a really good sense of humour, and keep reading.

When you’re all loved up entering a marriage, the last thing you’re thinking about is divorce. But the reality is that roughly 40% of first marriages do end in divorce in Canada. And the rate is even higher for second and third marriages, according to Statistics Canada.

Right now you’re probably thinking “not me, my love is special,” and it’s not to say that you will ever be affected by divorce. However, separation is always a possibility when you’re married or in a common-law relationship. So it’s a good idea to make sure you’ve got yourself covered – with a prenuptial agreement (AKA a prenup).

We spoke to Marcus Sixta, founder of Crossroads Law on 5th Avenue SW, to find out more about prenuptial agreements and why you should think about getting one.

“If your marriage ends in divorce, all property, assets, and debts, that have been accumulated will be divided 50/50” Sixta warns. “Of course, there are some exceptions like inheritances and gifts from third parties. But even with these exceptions, the increase in value from the date the asset is received can be divided between the spouses. And if you had a property or asset before marriage, any increase in value at the date of divorce is also up for division.”

Sixta says that only a prenuptial agreement can change these rules.

Crossroads Law deals with a lot of people in common-law relationships who are worried about what could happen in the case of separation. “In BC, changes to the Family Law Act in 2013 led to common-law couples being treated the same as married couples when it comes to the division of property and assets after separation. Also, common-law is usually two years, so right now, if you’ve been living with your partner for two years your assets and debts are treated the same as a married couple.”

However, the situation for common-law couples appears to be more complicated in Alberta.

“In Alberta, there’s no easy way to sort out how property is divided between separated common-law couples. Unlike BC, Alberta has no legislation that gives lawmakers clear rules on how to do this. So in the event of separation, common-law couples divide their property using complicated legal precedents from past cases. Basically, it can get very expensive and confusing.”

Sixta advises that a cohabitation agreement for common-law couples can help prevent these costs and issues.

You’ve probably heard of alimony (thanks again, American legal dramas), but in Canada it’s called spousal support. It refers to support paid out to the spouse who makes less money in the event of separation or divorce.

Spousal support is not guaranteed but “if the spouse has sacrificed their career or savings to stay at home and take care of any kids, that’s a huge factor in getting the support,” says Sixta. “You can also be entitled to receive spousal support based on your needs after separation, like your bills, income, and ability to work.”

Sixta says that that prenuptial agreements can be used to structure how much spousal support someone gets after separation.

Spousal support payments can be a big deal. “The amount of spousal support really fluctuates but in long-term relationships it can be quite high. We are talking 40 to 50% of net income, but the court has wide discretion on how much spousal support to award.”

Let’s be honest: If you do end up separating with your other half, it’s going to be less of a pain if you’ve got a prenuptial or cohabitation agreement. These agreements offer clear guidelines to help you split up assets and determine spousal support. The benefits? Less conflict and lower legal costs.

“Despite this, it’s important to remember that a prenup isn’t for everyone. Some people don’t believe in them, like Prince Harry and Meghan Markle. Whereas others like Beyoncé, Kim Kardashian, and Chris Rock have embraced them,” says Sixta.

“My advice, after dealing with hundreds of separations and divorces, is that a prenuptial agreement should be seriously considered and discussed well before the wedding. You can think of it like fire insurance, you hope you never have to use it, but if you do, you will sure be glad you have a prenup.”