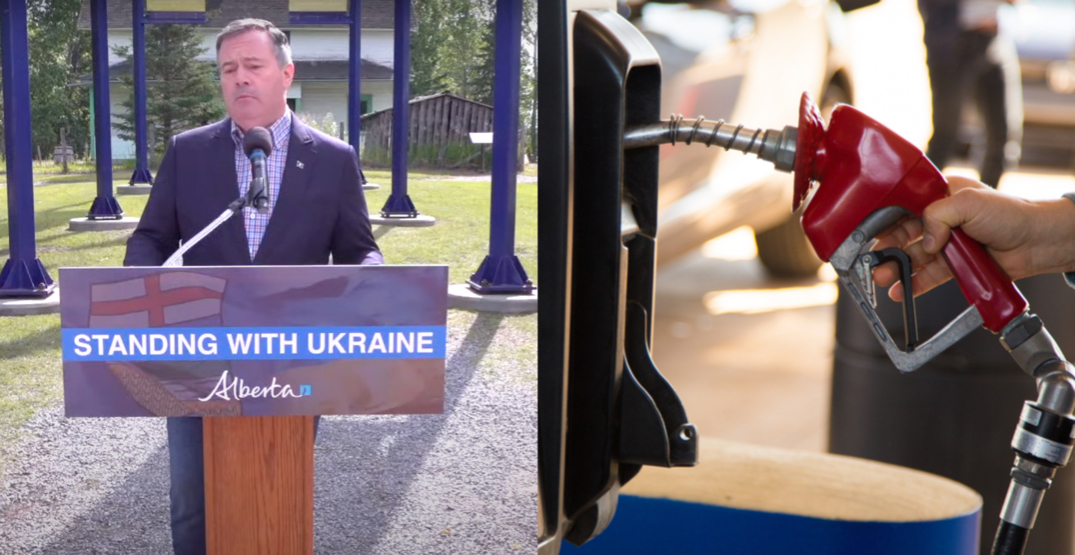 Kenney made the remarks Monday morning at a news conference regarding new support for Ukrainians arriving in Alberta, after previously hinting at more inflation support plans this weekend.

“We have been looking at what additional support we can provide, one of the biggest cost drivers is fuel and energy costs, we recognize that and that’s what we are looking at,” Kenney said.

Kenney did not get into specific policies that could be brought in, or the exact date they will be announced.

He then went on to call on the federal government to give Canadians a break with the carbon tax.

The province is also handing out $150 in electricity rebates in an effort to lower the impact of inflation.

According to the latest daily pump price survey from Kent Group, regular gas in Edmonton sits at $1.869 per litre while Calgary is at $1.919 per litre.