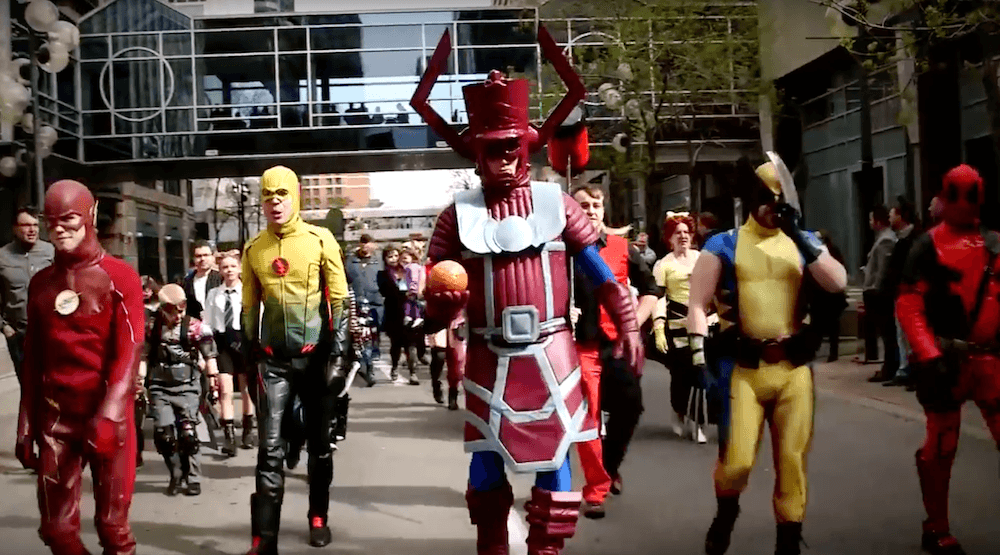 The POW! Parade of Wonders is an annual cosplay parade celebrating pop culture and creativity in Calgary’s downtown.

In the parade you’ll see Expo’s special guests and you too can join them as long as you play by the rules. It’s free to participate but to walk in the parade you must be decked out in cosplay (costume-play).

Expo goers and downtown office workers alike get involved and join in on the fun and witness this unique event.

This year Calgary Expo is celebrating their 5th Anniversary, and POW! will be bigger and better than ever! Last year, over 2,200 cosplayers paraded through the streets of Downtown Calgary for over 10,000 spectators.

With a different route in effect this year, Cosplayers will meet on 8th Avenue between 8th and 9th Street SW to start the parade. Festivities will conclude at Olympic Plaza with a formal kick off to Calgary Expo with the opening ceremonies.