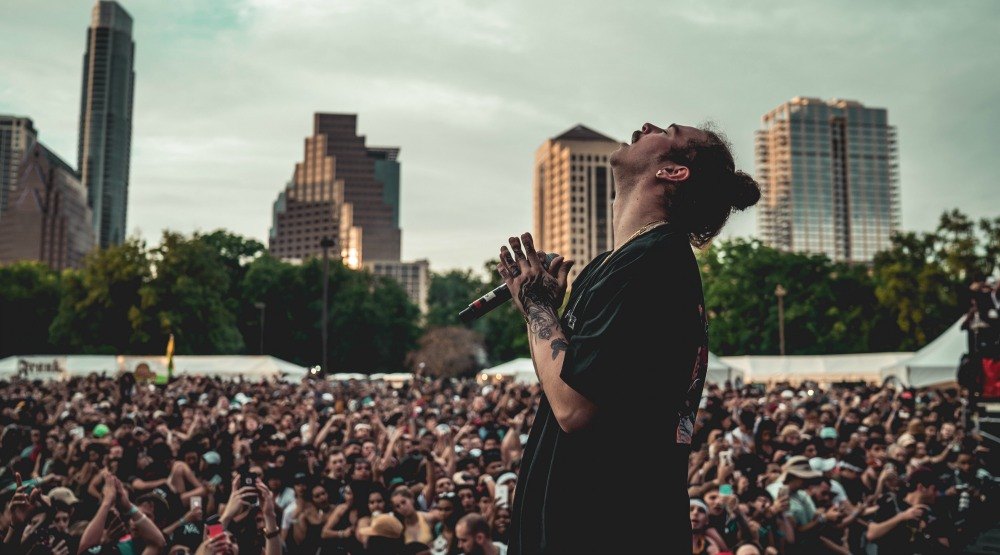 Post Malone is coming to Calgary for The Hollywood Dreams Tour on October 27.

This tour is supported by Monster Energy and Outbreak, giving the Dallas native the largest ever headline tour for a breakout artist. Post Malone began recording music at age 19 and published his single “White Iverson” to his Soundcloud, which went RIAA triple platinum.

The success of that song, and support from hip hop artists like Wiz Khalifa and Mac Miller, has sent Post Malone skyrocketing to fame. In the year since he released the single, he’s toured with Fetty Wap and Justin Bieber, and collaborated with 50 Cent and Kanye West. “White Iverson” is now in the Top 10 of Urban Radio, and secured the number one spot at Rhythm Radio.

To enter for your chance to win two tickets to see Post Malone in Calgary on October 27, do at least one of the following:

Contest entries will be accepted from the time and date of publishing until 11:59 pm on October 24, 2016. One winner will be chosen at random and contacted through the platform they used to enter.