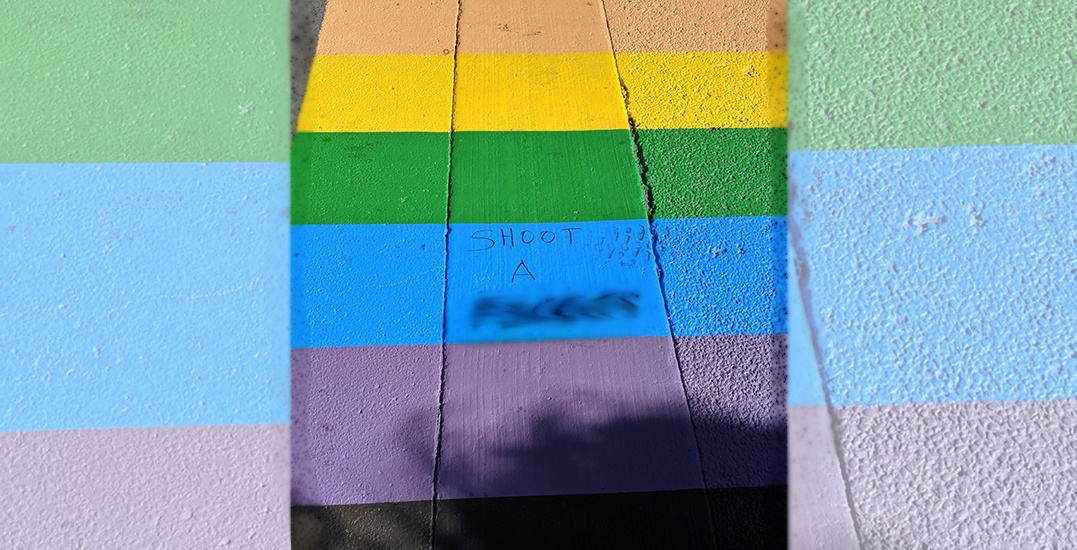 Police are searching for a pair of suspects who are believed to be responsible for vandalizing Calagary’s pride crosswalk on two separate, unrelated occasions.

The incidents, which took place in downtown Calgary, were both captured on closed-circuit television (CCTV) and are being shared in hopes that the public will be able to provide information to the police.

The first incident took place on Wednesday, August 14, at approximately 4:15 am. According to a press release from the Calgary Police Service (CPS), an individual wearing construction clothing and white hard hat allegedly defaced the pride and transgender flag crosswalks using spray paint.

Police say that the crosswalks, located on 8th Avenue near Centre Street, were found marked with the words “lust” and “lost.”

Video footage also shows the suspect in question setting up orange road cones and a road closed sign while defacing the crosswalk.

The suspect in question also interacted with a motorist and that there were several taxi drivers and a jogger in the area at the time of the incident. Acting Sergeant Craig Collins also says that he believes it was “not a random act of vandalism” and that “the offender has tried to conceal their identity.”

The second incident, which took place on Sunday at approximately 8:20 am, shows the crosswalk being allegedly defaced again, this time with a hateful homophobic comment.

Photos of the individual who police believe to be responsible for the vandalism have also been released. The CPS also says that they’re treating the second incident to be unrelated to the first. 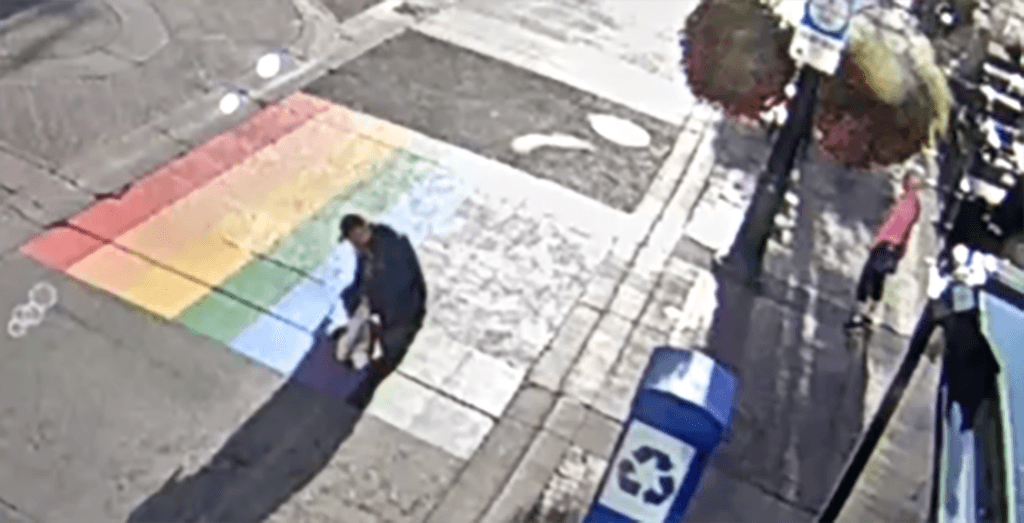 “These acts of vandalism are committed by cowards who do not have the courage to stand behind their words,” writes Collins. “I challenge them to come forward and take responsibility for their actions.”