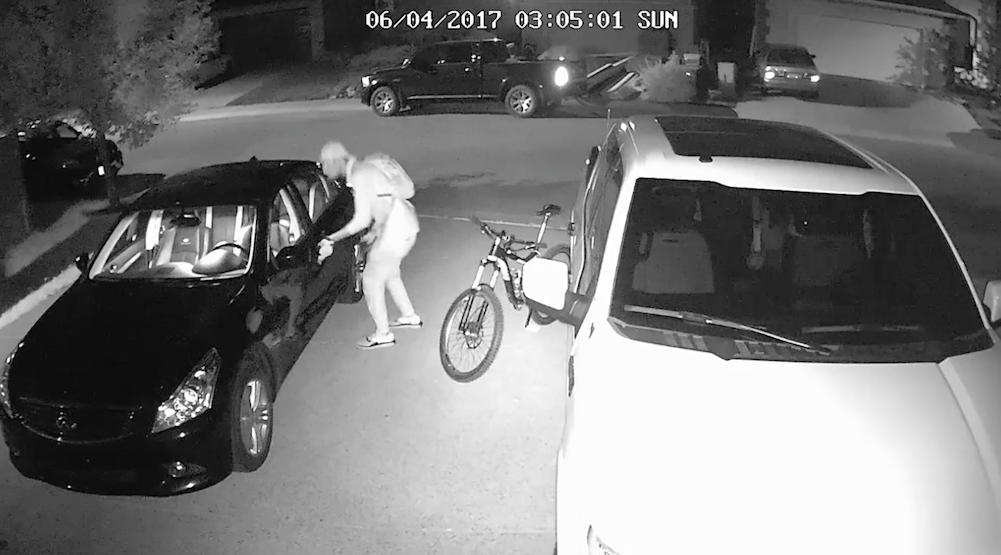 The Calgary Police Service has released video footage of a car prowler going around the cities southwest earlier this month in hope of finding the suspect.

CPS believe the suspect prowled through a parked car on Sunday, June 4, around 3:15 am. The car was in the 100 block of Everglade Circle SW, and a wallet containing multiple pieces of ID was stolen. Police believe the vehicle was locked at the time of the theft because the vehicle’s security alarm was triggered during the offence.

CPS says video surveillance footage approximately 10 minutes earlier, shows a man prowling through another vehicle parked in the 100 block of Everglade Circle SW. Nothing was taken during this incident, however the suspect was caught on CCTV and police believe the two incidents are related.

Police are reminding citizens to continue to be vigilant and: