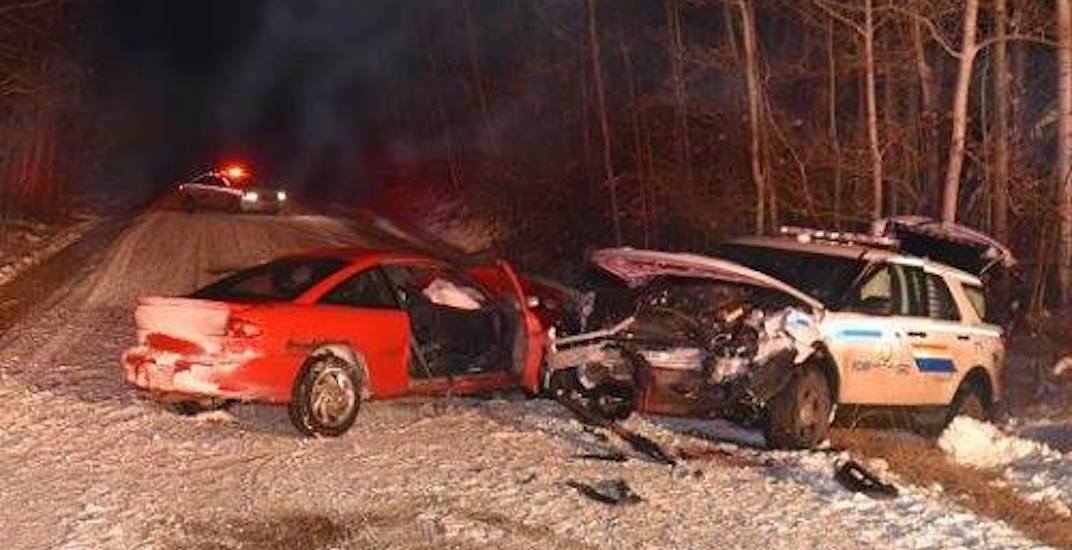 A man has ben charged after colliding with a police vehicle in Devon, Alberta.

The two cars crashed around 2:30 am on Thursday morning, after the suspect car fled a different police vehicle that had tried to pull it over for driving erratically.

The crashed vehicles were found by the police officer that had initially tried to pull the car over just west of Highway 60.

When help arrived, an RCMP officer was found unconscious, injured, and outside of his vehicle.

The passenger of the other car was taken to hospital, while the driver was arrested and taken into police custody.

According to a release from the RCMP on Friday, the RCMP officer remains in hospital, but is recovering.

“This was an extremely dangerous situation for our members and speaks to the risks that we may be faced with at any time” said Sergeant Clifton Dunn, Detachment Commander of Devon, in a release.

“My heartfelt gratitude goes out to the Member whose quick response was instrumental in saving his colleague’s life.”

The driver of the vehicle is 53-year-old Brent Tchir of Leduc County, and he is facing charges following his arrest on Thursday.

He is scheduled to appear before the Provincial Court of Alberta in Leduc on November 30.