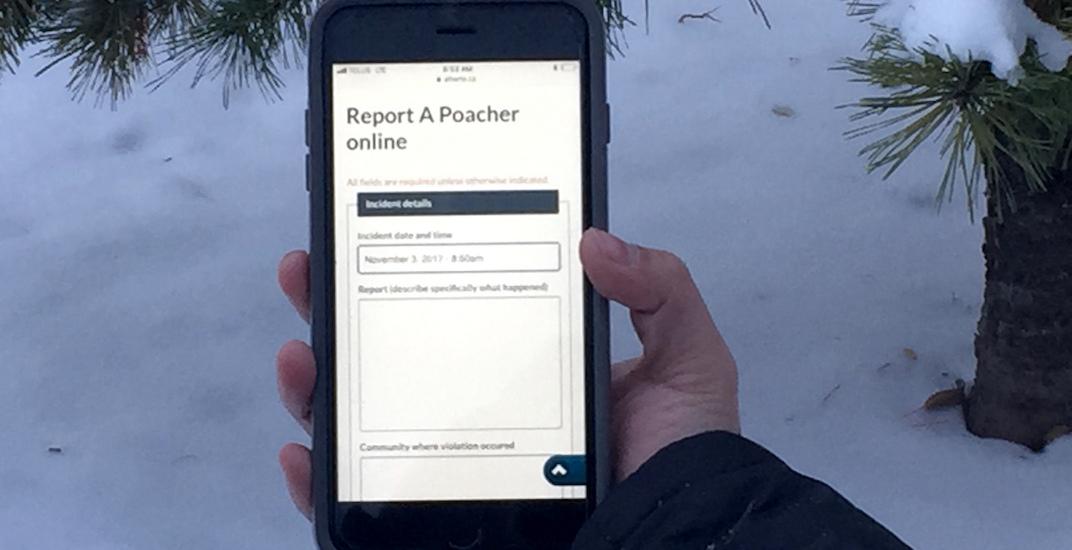 Now you can protect wildlife and make a bit of cash while you’re at it, all without even having to call anyone.

The Government of Alberta announced that they now have a Report a Poacher website, where residents can go to fill out a form if they spot any illegal poaching going on in the province.

The information will be sent to fish and wildlife officers to investigate, and could potentially lead to a reward for the reporter.

According to the release, rewards range from $100 to $1,000, and reporters can still remain anonymous.

“The more public support we receive through the Report A Poacher program, the more effective we can be in combatting fish and wildlife crime and public land violations,” said Sergeant Major Adrian Marr from the Fish and Wildlife Enforcement Branch in a statement.

“Officers cannot be everywhere at once, and we must rely on the public for their tips so that poachers can be brought to justice.”

According to the release, approximately $108,600 in rewards was given out from 2016 to 2017 to people whose information led to charges, and there were 9,133 enforcement actions taken against suspected poachers.

So be sure keep those eyes peeled and that website at the ready, and you may just end up a little richer.