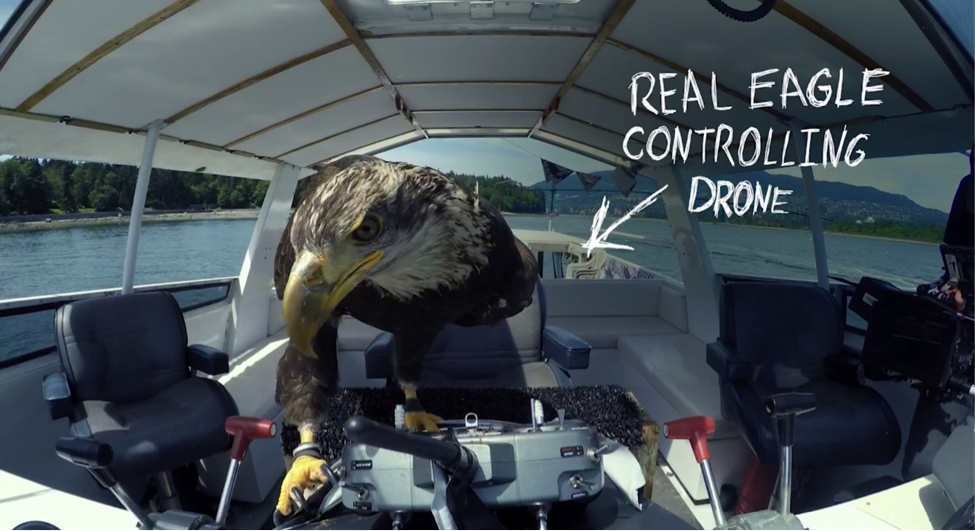 Six weeks ago, Vancouver Island’s Phillips Brewing & Malting Co. decided to promote their new pilsner by training a bald eagle to deliver cans of beer. Yes, it’s exactly as awesome as it sounds. And on June 5, two contest winners and their friends were invited to Vancouver to receive cans of Phillips’ new pilsner from Hercules the eagle.

However, some red tape got in the way, forcing Phillips to improvise. Although they weren’t able to have Hercules himself deliver the beer, they insisted on not disappointing the contest winners. The result? Phillips dressed up a drone to look like just like a bald eagle and filmed the whole thing. And Hercules himself was at the controls!

You can now check online to see how Phillips paired up with Pacific Northwest Raptors to train Hercules (a four-year-old eagle with a six-foot wingspan) to pick winners from the contest and fly beer to them. And even though Hercules was grounded on Sunday, he actually sat at the controls of the drone and guided the precious pilsner to its destination.

Founder Matt Phillips has been bound to the idea of creativity and originality ever since starting Phillips Brewing in 2001 out of his apartment. He explains the philosophy behind the unique idea of using an eagle:

“When we consider why we should do something, we often find the best answer to be “why not”. That’s why we transformed a 53’ tractor trailer into the ultimate mobile pub, and why we’re the only brewery in Canada to malt our own barley in-house.  Plus, eagles are majestic, bold, and beautiful; beer is often the same.”

Although Hercules plans to retire from his serving career with Phillips Brewing, you can pick up your own case of their new pilsner at your local liquor store.

Check out The Raptors’ site for information on how the facility promotes conservation, keeps and trains birds, and showcases their skills in documentaries.