A new performing arts studio is being constructed that will host youth performance projects thanks to an investment by TransAlta Corporation.

The studio will contain a rehearsal, training, and workshop space for various Calgary Stampede Foundation programs like the Young Canadian School of the Performing Arts.

“We have a long history partnering with the Calgary Stampede for the benefit of our community,” says Dawn Farrell, president and CEO of TransAlta Corporation in a release. “It is important to TransAlta that we continue to invest and make a difference in the community- in this case in the lives of our city’s youth performers.”

TransAlta donated $7 million to build the studio back in 2011 while the concept was still on the drawing table. Now the pledge is turning into a reality. 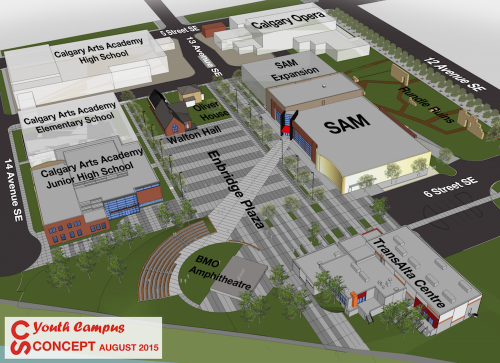 The TransAlta Performing Arts Studio will be constructed where the Victoria Park Community Hall currently stands, just steps from the Elbow River. It will be 10,000 square feet and will have seven rehearsal studios.