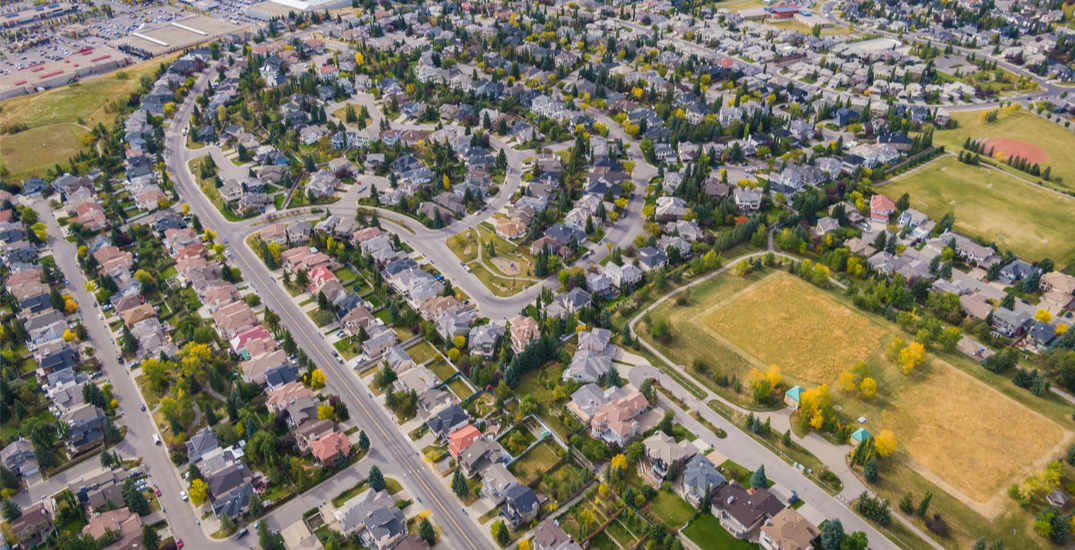 First-time homebuyers in Calgary are receiving more money than ever from their parents to help with a down payment.

A new report from CIBC Capital Markets shows that nearly 25% of first-time homebuyers in Alberta are receiving down payment gifts from their parents. This trend isn’t anything new, as that share stood at close to 20% across Canada in 2015 and has risen gradually along with home prices.

And first-time buyers aren’t the only ones receiving gifts. According to the report, just under 9% of mover-uppers also receive help from their parents.

The average gift for first-time Canadian homebuyers has reached a record high of $82,000, while gifts for move-uppers have risen dramatically to reach $128,000 in September 2021.

The average down payment gift is even higher in cities like Vancouver and Toronto. First-time buyers in Toronto received an average gift of $130,000, and Vancouver buyers saw an average of $180,000 from their parents.

At nearly 25%, the number of first-time homebuyers in Alberta receiving a down payment gift from their parents falls toward the higher side compared to the rest of the country. Only those in Saskatchewan, British Columbia, and Ontario are receiving more gifts.

Ontario sees the highest share, at just over 30%, while Prince Edward Island has the lowest share of first-time homebuyers receiving a gift, with 15%. 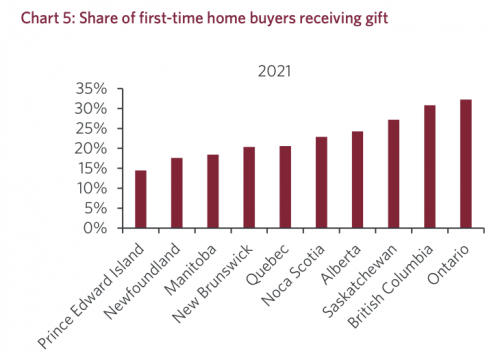 The average down payment gift size, according to the report, is highly correlated to home prices and has fluctuated over time.

“In fact, over the past half a decade, growth in the average size of gift outpaced home price inflation, averaging 9.7% per year—a full two percentage points faster than growth in home prices,” the report reads. 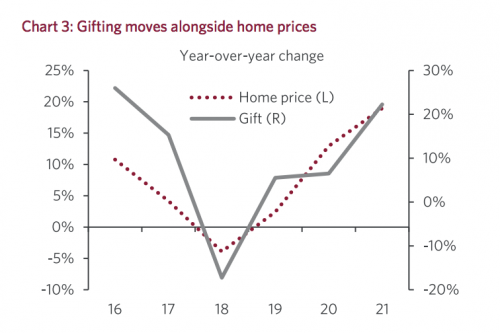 It’s estimated that over the past year, more than $10 billion in down payment gifts have been given in Canada, which accounts for 10% of total down payments made during that period. And although many may assume parents are going into debt to provide these gifts to their children, just 5.5% of gifting parents used debt to finance the gift, with the highest shares of parents using debt being seen in Toronto and Vancouver.

In Calgary, approximately 4.5% of parents were using debt to finance a downpayment gift in 2020, which was 1% lower than the national average for the same year. 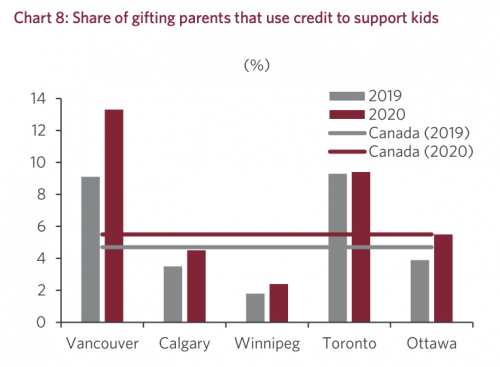 “Therefore, it seems that a large portion of the gifting comes from parents’ savings, which of course grew notably during the pandemic, allowing for the increases in the size of the average gift,” the report says.