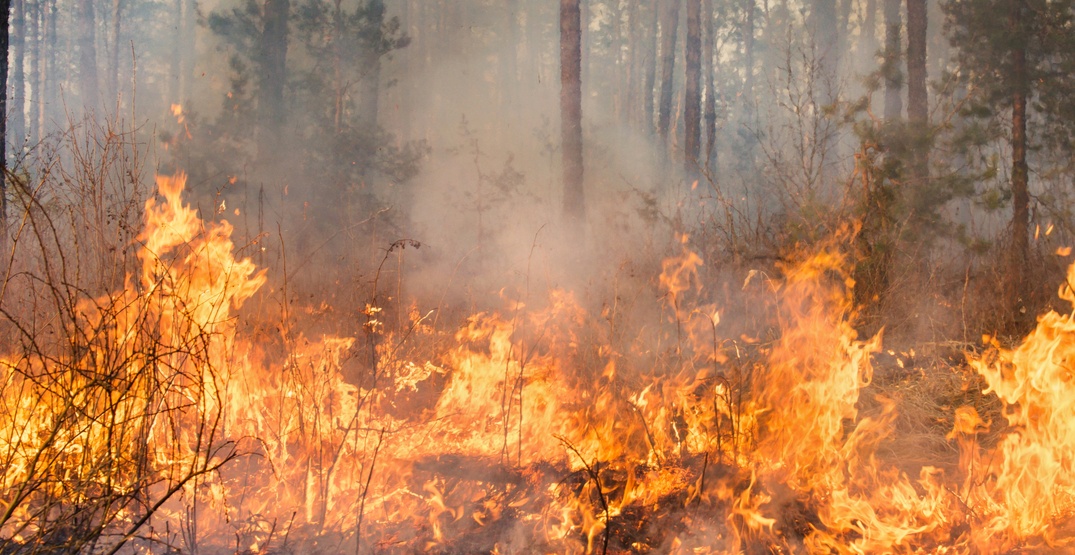 A wildfire is currently burning its way through the forests north of Canmore.

The Devil’s Head wildfire first started on September 4 and has since grown to the size of 3,624 hectares and has most recently been deemed “out of control.”

According to the Municipal District of Bighorn, the wildfire earned the new designation as of October 6, when it had been moving in a southeast direction, prompting the MD of Bighorn to call a State of Local Emergency.

A forest area closure was put into place from the east boundary of Banff National Park to Highway 40, as well as from the South Ghost Rover to Township 29.

As of October 6, there were 23 firefighters, six helicopters, and one heavy equipment group fighting the fire.

The most recent update, which came in just before 10 am on Wednesday morning, noted that the fire “was not overly active throughout the night and the growth has not changed since yesterday. Forestry crews are optimistic about suppression efforts for the day.”

The Devil’s Head area is located roughly 100 km northeast of Calgary and 30 km north of Canmore.