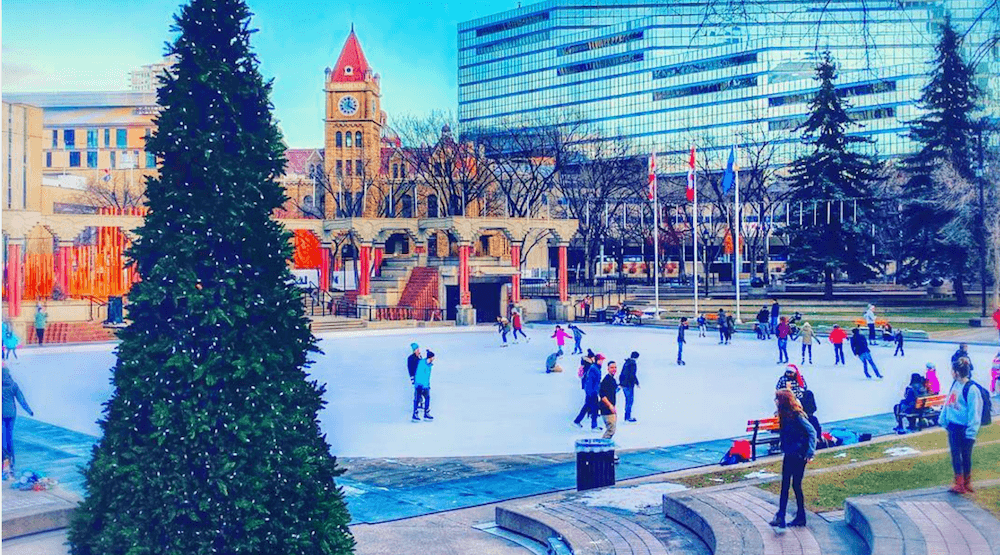 Built in 1988 for the Olympic Winter Games, Olympic Plaza has the only refrigerated outdoor ice surface in the city. You can rent skates down at the plaza if you don’t have a pair, though the Skate Hut isn’t scheduled to open until November 23.