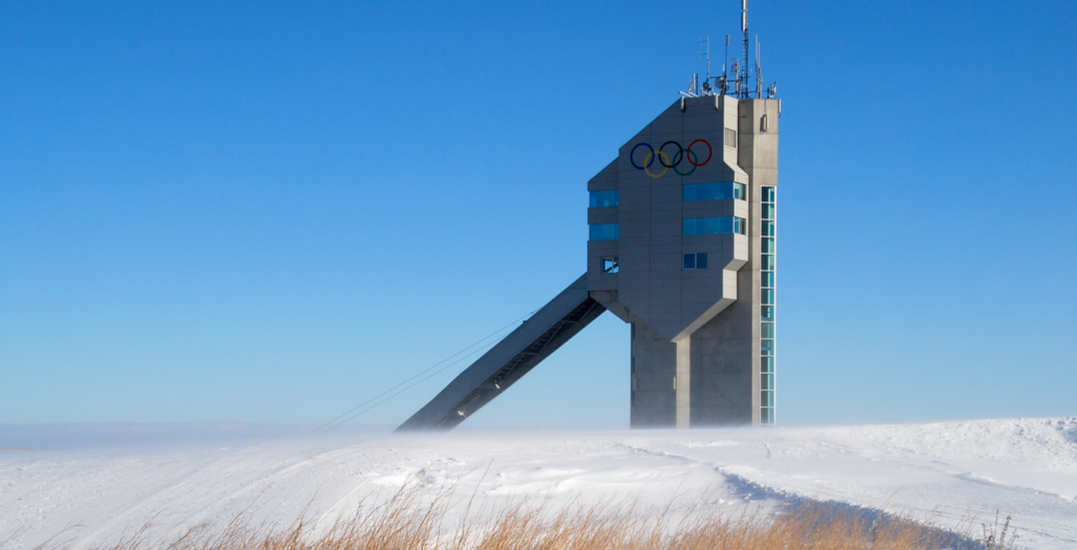 As Calgary’s City Council moves to discuss and eventually vote on cancelling the 2026 Olympic bid, groups from around the country are publicizing their views on the matter.

Councillors spent roughly four hours discussing the Olympic bid behind closed doors at a 2026 Olympic and Paralympic Winter Games Assessment Committee meeting on Tuesday, which ended with a recommendation that a full council vote on cancelling the bid be held on Wednesday.

However, in the evening that followed, a newly-signed agreement between the provincial and federal governments on Olympic funding was released by Calgary 2026, and will be cause for further discussion at the council meeting.

While a vote to continue the bid will not ensure that an official bid is made, it will ensure that the November 13 plebiscite will be held as scheduled, allowing Calgarians to have their say on the possibility of hosting in 2026.

In the hours between the two meetings of council, many groups have thrown their voices into the discourse.

“A home Games in 2026, will inspire a new generation of Olympians and Paralympians and show the world once again the best of Canada,” the statement read.

“The COC and CPC ask the city councillors to remember what the Games will mean for Canadians and to embrace the opportunity to renew and create new legacies for generations to come.”

Canada Snowboard also distributed a copy of a letter that had been sent to Calgary Mayor Naheed Nenshi, urging him and his councillors to allow for the plebiscite.

“Having already welcomed the world to a previous Winter Games, and home to some world-class sporting venues, the City of Calgary would make an ideal host for athletes, coaches, and fans from around the world,” said Canada Snowboard Executive Director Dustin Heise in the letter.

“We kindly ask Calgary City Council to allow Calgarians the chance to participate in the November 13 plebiscite and to continue to support Calgary’s sporting future.”

Not everyone is asking for a continuation of the bid, however, as Olympics opposition group No Calgary Olympics released a statement on Tuesday night highlighting their concerns about the new funding agreement.

The group stated that Calgarians will not have had enough time to educate themselves before the plebiscite, as the original plan was to have funding plans finalized 30 days prior to the city-wide vote, and that there have already been mail-in ballots cast without current information.

Concerns were also raised about the funding agreement itself, stating that “the agreement under consideration appears to bring in other budgeted program elements unrelated to the Olympics into the Calgary 2026 budget,” the release said.

“This appears to be a shell game by moving funds from one column to another, leaving the hosting budget with an even bigger shortfall.”

The group also released a poll on Monday that showed 65% of respondents voting against the bid. The mid-October poll was conducted by Alberta Analytics Group via landline with a sample size of 2,956 residents.

Council will be voting on whether or not to move forward with the plebiscite later today.