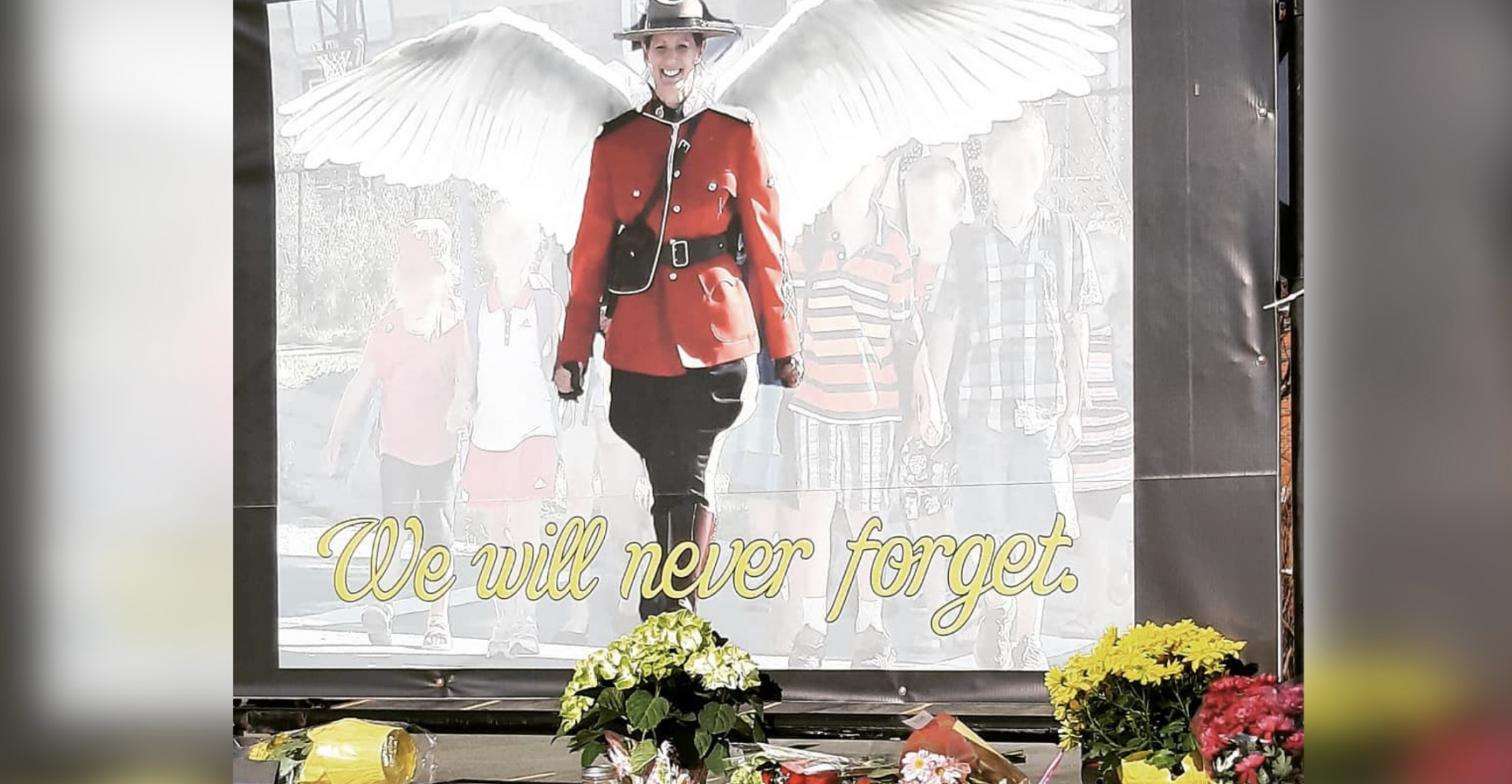 A vigil in memory of Cst. Heidi Stevenson/ (caroloster/Instagram)

The deadliest mass shooting in Canadian history has now claimed the lives of 23 people, according to Nova Scotia RCMP.

In an update on Tuesday, Mounties said the total number of victims in the shooting rampage that took place over the weekend has increased.

“We believe there to be 23 victims, including a 17-year-old. All other victims are adults, both men and women,” said RCMP in the update.

One of the deceased is veteran RCMP officer Const. Heidi Stevenson, who was killed while responding to the active shooter call.

Another officer, Const. Chad Morrison, is recovering from his injuries at home after being discharged from hospital.

Mounties added that some of the victims were known to the suspect and were targeted, while others were random victims. RCMP said they will not be providing further information about how the suspect may have known the victims.

The 51-year-old suspect led police on a 12-hour overnight search from April 18 to 19 along rural highways before he was located near Enfield, Nova Scotia. There was an exchange of gunfire between the officers and the suspect, and the suspect was left dead, according to the Nova Scotia police watchdog, which investigates all police-involved serious injuries and deaths.

On Monday, Nova Scotia RCMP Chief Supt. Chris Leather said the suspect was driving a “mock” RCMP cruiser and was either wearing a real police uniform or a “very good” fabrication. The suspect’s Mountie disguise and “vehicle that looked identical to a marked police car” likely helped him move around the province undetected for so long, Leather added.

Police also confirmed the shooting spree involved at least 16 crime scenes, some of which were lit on fire.

“Our thoughts are with all of the victims’ families and we are particularly mindful of families who have not yet received confirmation that their loved ones were involved,” said Nova Scotia RCMP.

“This is an unprecedented incident that has resulted in incredible loss and heartbreak for countless families and loved ones. So many lives will be forever touched, including all who responded, community members, multiple RCMP units, including our Operational Communications Centre, municipal police services, firefighters, and EHS.”

Prior to this weekend’s attack, the École Polytechnique massacre was the deadliest mass shooting in Canadian history.