The electronic music scene continues to grow in Alberta and this Easter long weekend (March 25 and 26) Calgarians may want to head up north to Edmonton for the Northern Lights Music Festival.

The lineup was announced earlier today and it features headliners Odesza and Porter Robinson. 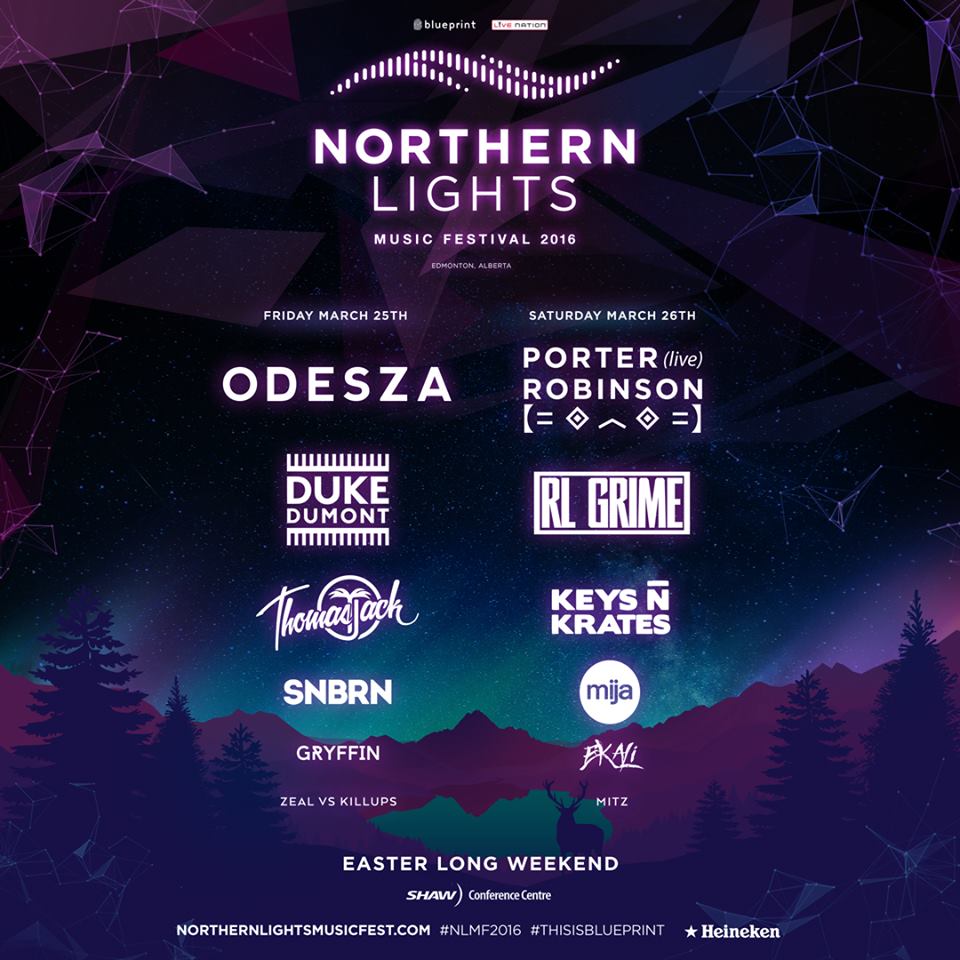