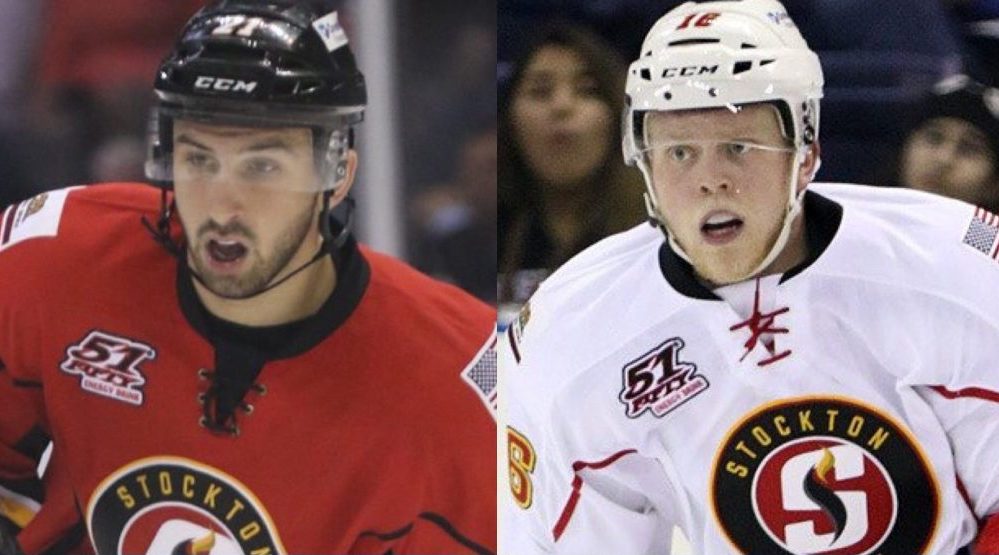 A pair of late birthdays have pushed the Calgary Flames into making some tough choices for next year’s NHL Expansion Draft.

Officially announced in June, the NHL’s newest franchise in Las Vegas will select a roster of 30 players, or one player from each current team, between June 18-20, 2017.

This expansion draft has had the hockey world buzzing, as fans try to predict who their favourite teams will protect, and who they will leave unprotected next summer.

The Flames are in a tricky situation as they might have to strike a balance between their budding stars (Johnny Gaudreau, Sean Monahan, Sam Bennett), and veteran leadership (Mark Giordano, Troy Brouwer) heading into the 2017-18 season.

NHL rules stipulate that teams can either protect seven forwards, three defensemen and one goaltender, or eight skaters of their choosing plus one netminder.

But, the Flames will have to battle one additional caveat next summer as the league finally came down on a ruling related to New York Islanders defender Ryan Pulock.

Set to enter his first full season with the Islanders after splitting time in the AHL, Pulock has only played 21 career regular season and playoff games with New York. According to the league office, all first and second year players are immediately exempt from the expansion draft process, which would normally cover the 1994-born Pulock.

However, a clarification to calculating professional experience shows that ruling only applies to players aged 18 or 19 who play 10+ games in a single NHL season. Players over the age of 20 who are set to play in their third year of pro hockey during their entry-level contract, like Pulock, will now be eligible.

NHL deputy commish Bill Daly confirmed to me via email today that Ryan Pulock must be protected in the expansion draft. #Isles

Entry-level contracts don’t kick in until a player has suited up for 10 games in one NHL year or plays in his 20-year-old season. This did not happen for Flames prospects Emile Poirier and Hunter Shinkaruk until the 2015-16 campaign, as they each were 20 when the season began.

Although they both are set to enter the second year of their contracts, the NHL has decided to count the 2014-15 season as the first year of “professional play” due to their late birthdays (between September 16 and December 31) where they spent most of the season as 20-year-olds.

Because of this, the NHL has determined that due to their sliding contracts, they will both enter their third campaign of “professional play” in 2016-17 rather than their second. (Sidenote… isn’t the CBA a blast?)

This means both Poirier and Shinkaruk are potentially up for grabs.

This ruling will force the Flames to reevaluate their expansion draft plans over the next 11 months, as an extra two players under contract will have to be left unprotected and available for Las Vegas.

With the majority of Calgary’s top, young superstars at forward, it’s expected the Flames will opt for the first choice of protecting seven forwards, three defensemen, and one goaltender. Three Flames defensemen are considered slam-dunks to remain in the organization, and that would allow the team to protect seven forwards rather than just four if they selected an extra blue liner.

With only one protect in net, it’s a pretty safe bet to say the Flames will hold onto newly acquired starter Brian Elliott. The Flames had to let go of a 2nd round pick and a conditional 3rd to bring Elliott into the fold from St. Louis, and he is expected to be a steady placeholder in net until one of Calgary’s goaltending prospects is ready to take over.

Chad Johnson will likely be left unprotected, but it’s still yet to be seen if he will remain in Calgary following the expiration of his one year contract following the 2016-17 campaign.

Calgary’s top goaltending prospects such as Jon Gillies, Mason McDonald, and David Rittich are all exempt from Las Vegas.

If the Flames do opt to go with the standard format from the league, Calgary’s locks on the blue line look pretty secure.

Giordano, T.J. Brodie, and Dougie Hamilton make up one of the most promising defensive cores in the Western Conference, if not the league, and all will likely remain part of the Flames organization.

After a difficult year, 33-year-old Dennis Wideman will be out to prove himself again to Flames brass, but his on-ice production might not be able to save him from free agency due to his current $5.25 million cap hit.

Along with Wideman, the Flames would also have to leave Ladislav Smid, Deryk Engelland, Tyler Wotherspoon, Jyrki Jokipakka, Ryan Culkin, and Brett Kulak available. Of that group, Las Vegas could take a flyer on Jokipakka or Wotherspoon due to their age, or Engelland if they are having some troubles hitting the cap floor.

Up and coming defenders Rasmus Andersson and Oliver Kylington will not need to be protected by Calgary, with neither hitting the appropriate experience marks.

The most divisive debate could come from the forward position, as Calgary brought three new players into the system from off-season trades and signings.

Core pieces of Gaudreau, Monahan, and Bennett will all likely be locked up by GM Brad Treliving ahead of the expansion draft, as will top-six forwards Troy Brouwer, Michael Frolik, and Mikael Backlund.

We’ll start with Poirier and Shinkaruk, the two players Calgary thought would be safe for next year’s expansion process. Both were first round picks back in 2013, but Calgary might be more receptive to keep the latter rather than the former. Shinkaruk has been developing at a quicker rate than Poirier, and has passed the former 22nd overall pick on the depth chart.

That’s not to say that the Flames will pick the Calgary kid, but he does look closer to a full-time NHL forward role compared to Poirier.

Bottom-six grinders such as Matt Stajan, Lance Bouma, Michael Ferland, Freddie Hamilton, and Brandon Bollig may also generate some buzz, but due to roster numbers it’s more than likely they’ll be left to blow in the wind.

Alex Chaisson and Linden Vey have been interesting additions during the off-season, and both will try to use the upcoming season as an audition of sorts to earn that last protected spot.

So who will they lose?

It’s tough to say who Las Vegas will pluck from the current Flames roster with 11 months and a full season of hockey left to play.

With a salary cap, roster restrictions, and an additional 29 teams to worry about, it’s going to be long process for George McPhee and Kelly McCrimmon ahead of next year’s expansion draft.

Likely contenders to be chosen from Calgary include Jokipakka and Wotherspoon from the defensive end, along with Ferland, Chaisson, Bouma, and Stajan up front.

But, thanks to the NHL’s recent ruling, don’t be surprised to see either Emile Poirier or Hunter Shinkaruk booking a one-way flight to Sin City.