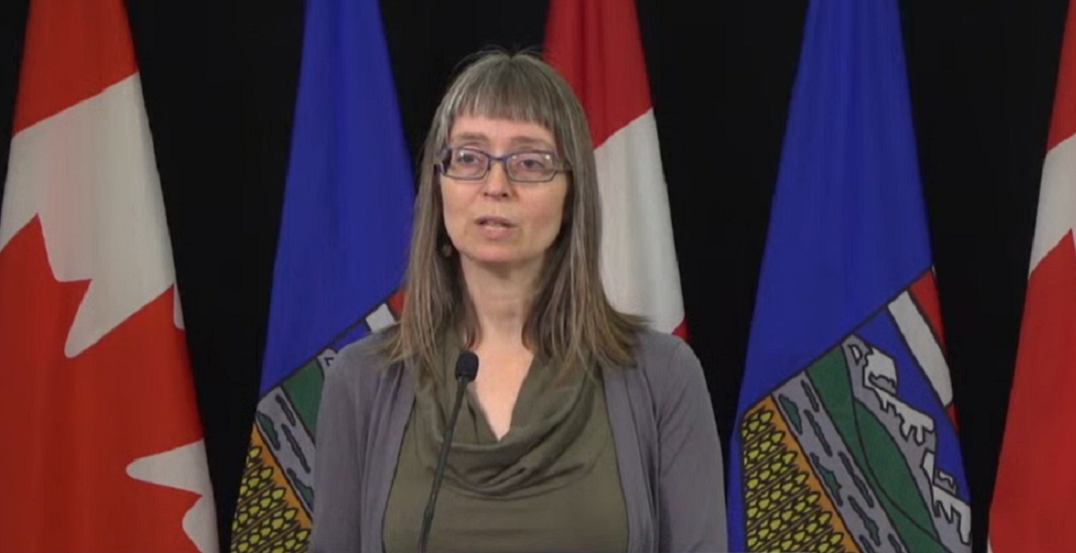 In a Monday press conference, Alberta Chief Medical Officer of Health Dr. Deena Hinshaw said the province has seen 47 new known cases of COVID-19 in the past 24 hours.

This brings the province’s known total to 6,300.

She noted that there have also been two new deaths in the province related to coronavirus, which brings Alberta’s total death toll to 117, as two previous deaths had been deemed non-related to the virus.

Hinshaw also stated that there are currently 102 active cases at continuing care centres throughout the province. A total of 542 residents in these facilities have recovered.

Currently, 36 cases remain active at the Cargill meatpacking plant with 911 recovered from that outbreak, while the JBS plant has seen 548 recoveries and 58 active cases remaining.

The Harmony meatpacking plant has just 16 active cases after seeing 22 recoveries, according to Hinshaw.

There have also been two confirmed cases at the Calgary Remand Centre, though the doctor said they are not related.

There are three confirmed cases in workers at two unrelated Calgary daycares, which have closed. Workers and attendees of the daycares are being offered testing, but there is no evidence to suggest that the cases were contracted at the locations, Hinshaw said.

To date, a total of 4,659 people have recovered from coronavirus in Alberta, bringing the province’s total active cases down to 1,524.