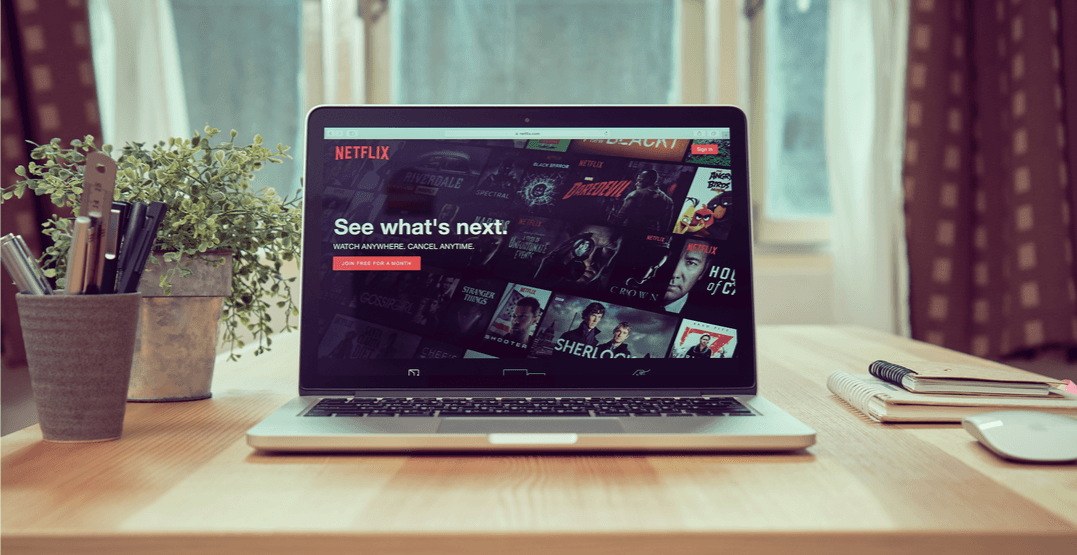 With 2017 coming to an end, it’s safe to say that most of us spent a fairly hefty chunk of the past 365 days binging on Netflix shows.

With January 1 being the most popular day for streaming in Canada, it set the pace for the rest of the year. According to Netflix, Canada ranks second globally for the most members to binge every single day.

And how couldn’t we?

From learning how to launder money (Ozark) and profile serial killers (MINDHUNTER), to understanding that life is just as crazy without Pablo (Narcos), this year was all about learning. But there’s still some mystery in life, as Netflix never did tell us who it was that drew the dicks (American Vandal).

So what did Canadians spend time watching this year?

Escaping from reality in 2017, Canadians devoured (watched more than two hours per day) drama series likes of Greenleaf, Suburra: Blood on Rome and Ingobernable. The question of ‘whodunit’ (and didn’t do it) in The Keepers and The Confession Tapes also had us watching with might. 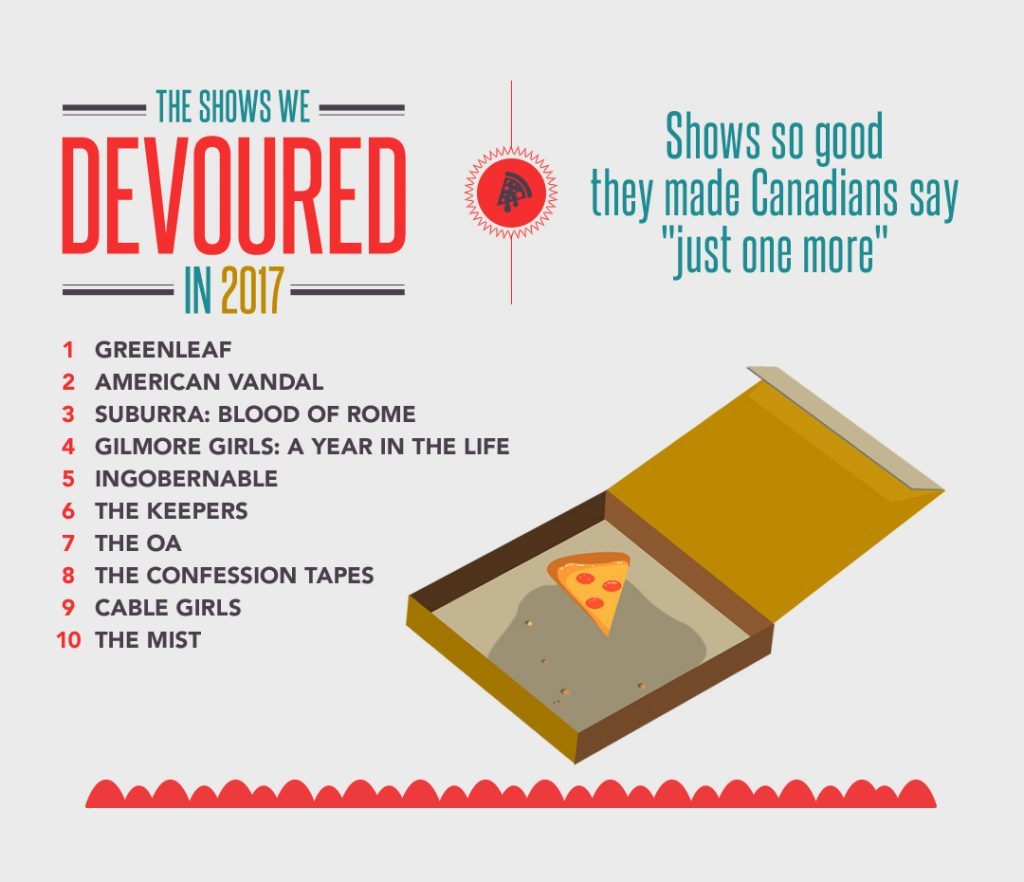 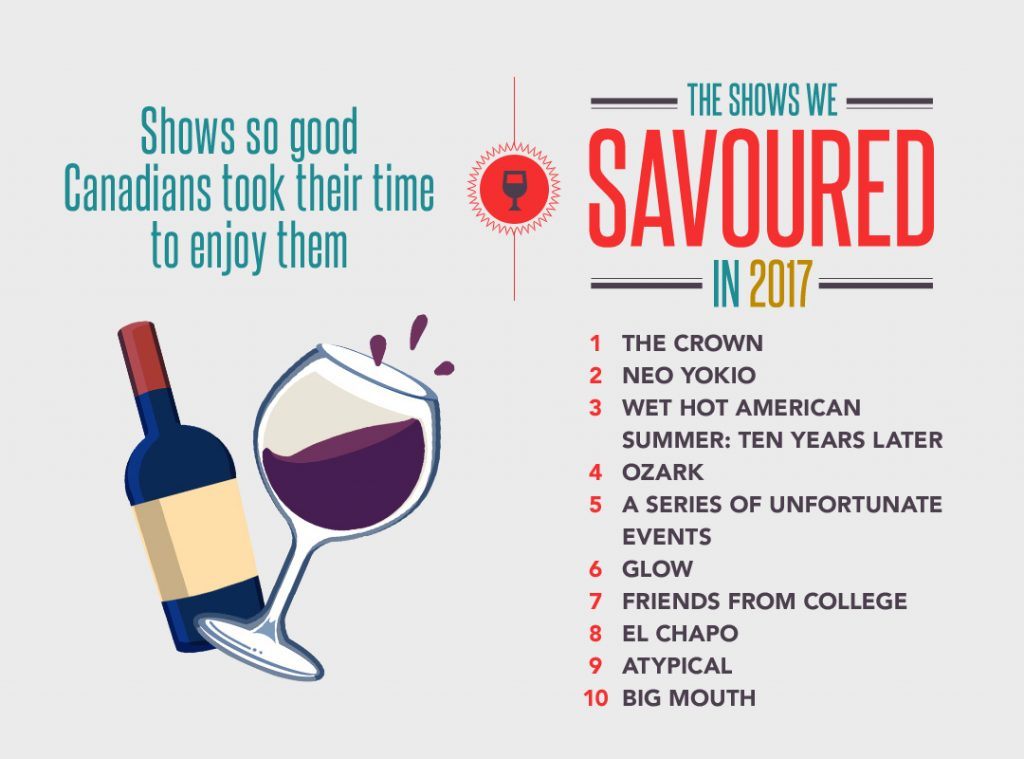 When we couldn’t resist the thrill of a thrill and shamelessly watched ahead of our significant others on Narcos, Ozark, Black Mirror and more (don’t tell Marty). 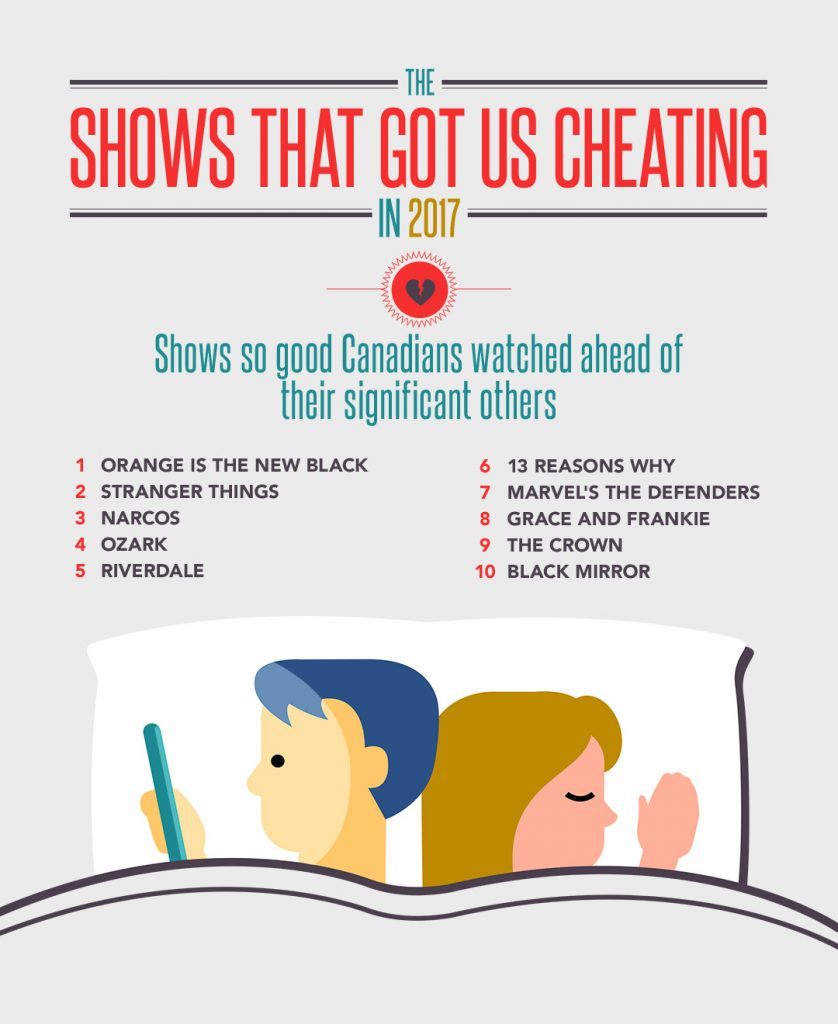 The shows that brought us together in 2017

Whether for the adventure, Chief Hopper or bromance (#DadSteve), Netflix members ranked Stranger Things as the top show to watch together as a family. Nostalgia also scored top points for family watching via Fuller House and Gilmore Girls: A Year in the Life. 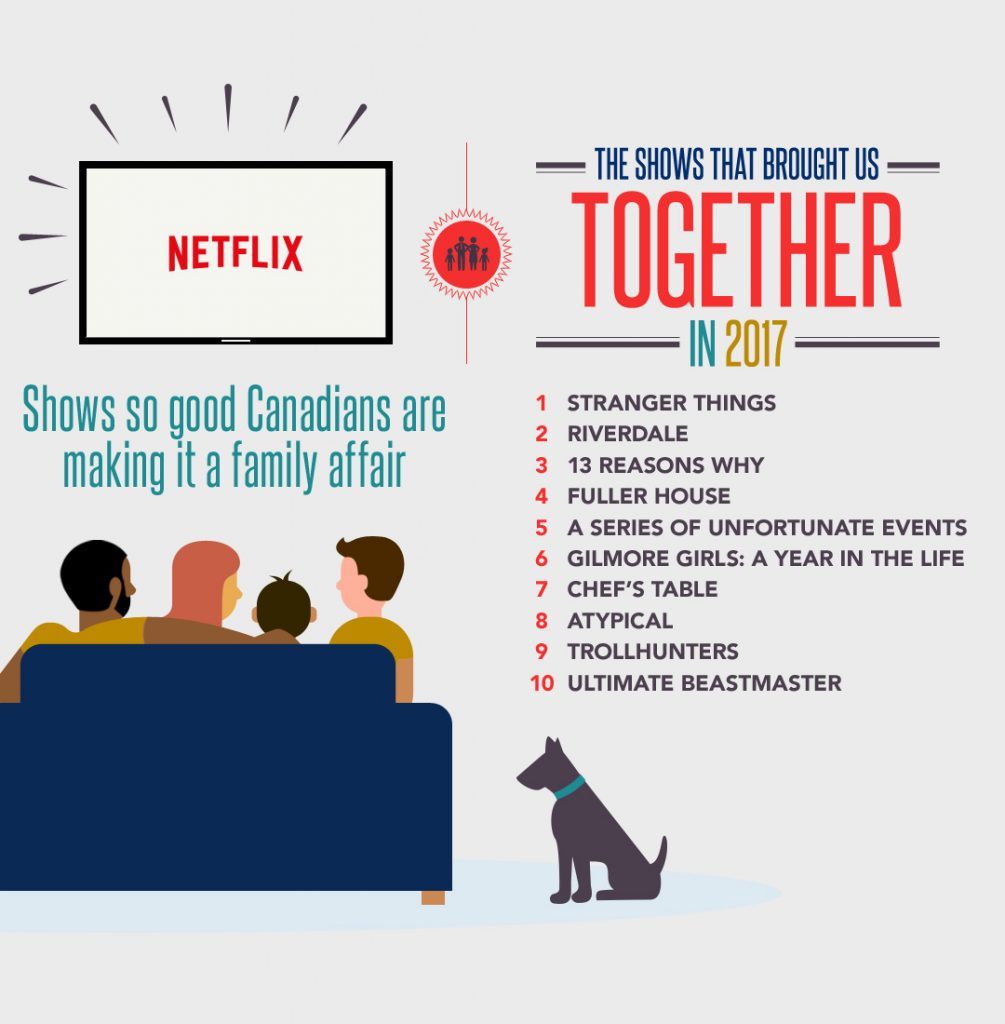