Just when you were not entirely done watching season two of Santa Clarita Diet, Netflix goes and adds more content to chew into. March gave us so much streaming goodness like the documentary series Wild Wild Country about a 1980s cult. But it will be our couch potato powers saving us from April’s spring showers.

This month you have a plethora of options for your viewing pleasure. If you happen to like classic British humour, the entire Monty Python catalogue is now available, parrot sketch included. If that’s not your cup of tea you could always check out the new Batman animated film The Killing Joke.

But this month is no laughing matter when it comes to great original content blended in with some must-see television and movies. Below are eight programs that we recommend but you can view the entire list of new April releases here.

An Inconvenient Sequel: Truth to Power

Back in 2006, Al Gore showed us how we were contributing to the destruction of our planet. In case you were ready for a second helping of guilt and sadness, we have an Inconvenient Sequel to update us on climate science and how we are all still royally screwing this up. Enjoy!

The Killing of a Sacred Deer

The Killing of a Sacred Deer was one of the best an weirdest films that many people didn’t have a chance to check out last year. It’s directed by Yorgos Lanthimos the man who brought us the equally quirky The Lobster.

Colin Farrell plays Dr. Murphy who has befriended a teenage boy named Martin. When Dr. Murphy introduces Martin to his family things start to get dark and strange in a hurry.

This is a nice slice of life type story, takes place over one summer and follows a precocious six-year-old girl named Moonee as she finds mischief and adventure with her ragtag playmates and bonds with her rebellious but caring mother, all while living in the shadows of Walt Disney World.

Willem Dafoe was nominated for an Academy Award for his role as Bobby the motel manager.

This has an all-star cast and looks to be a pretty powerful film. The story is based on true events, as a globally-renowned pastor, Carlton Pearson risks everything when he questions church doctrine about the reality of hell. Paster Pearson goes from a respected preacher to being branded as a heretic.

Looks like the 1960s sci-fi series is getting a reboot. “Danger Will Robinson!” With Earth in crisis, the Robinson family heads to space to write a new chapter in human history. On paper, the show has a promising premise but we will see what a fresh coat of paint and great production value brings to this space revival.

This is a spectacular animated feature that is done entirely in oil paints and rendered in the style of the beloved Dutch master Vincent van Gogh. This Academy Award-nominated biopic recounts the tortured last days of the famous artist. 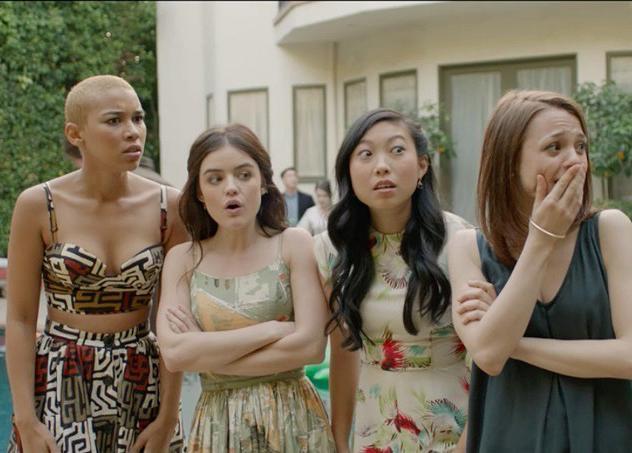 Of course, there is a new Netflix film called Dude coming out on 4/20. This is a coming-of-age comedy about four best girlfriends who negotiate loss and major life changes during the last two weeks of high school. Oh, and they also smoke a lot of weed too.

A dying photographer named Ben and his estranged son reunite for a road trip to deliver four old rolls of Kodachrome film to the last lab in the world that can develop it before it shuts down for good. Joined by Ben’s nurse Zooey, the three navigate the open road and try and put the past behind them.

This looks like your typical paint by numbers drama, but Ed Harris and Jason Sudeikis should be able to elevate it and make it watchable.