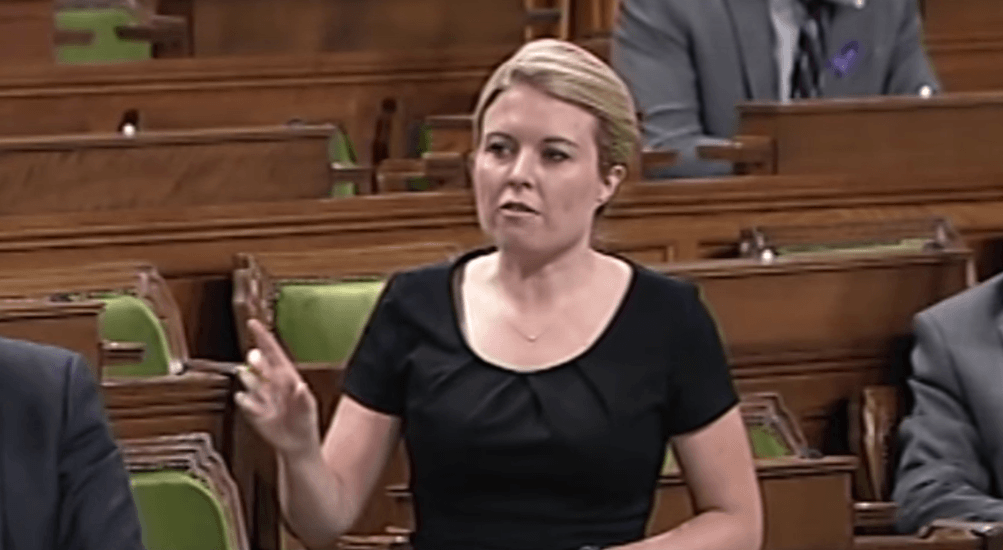 Michelle Rempel, MP for Calgary Nose Hill, made quite a statement in Parliament this week and she’s not excusing herself for it.

While speaking in the House of Commons, she expressed her opposition to the Liberal budget, Bill C-29 – the budget implementation bill, saying that the Liberal government continues to ignore the deteriorating Alberta economy and jobs crisis.

“Think about what it means for a region to have such a dramatic, significant decrease in employment in such a short period of time,” Rempel said. “Right now, thousands of them are out of work. Thousands of them!”

In her impassioned speech, Rempel choose some deliberate words to express her distaste of how Liberal government was raising taxes on Albertans during their time of need.

“Why does this government treat Alberta like a fart in the room that nobody wants to talk about or acknowledge?”

This part of Rempel’s speech caused Green Party leader Elizabeth May some difficulties it seems as she said, “I heard her say a word that I know is distinctly unparliamentary and I think she may want to withdraw it,” May said. “The word was f-a-r-t.”

Rempel was quick to reply saying, “Are you serious Mr. Speaker? Is my colleague actually serious?” she said. “I just gave an impassioned speech about supporting Alberta jobs and that’s what the leader of a political party stands up and has to say? No I don’t withdraw it.”

See her whole speech below.