Though it may not live up to the lofty expectations set by certain predecessors, Pixar’s newest is a dazzling, kaleidoscopic journey that will surely tug at the heartstrings of all ages. In addition to a vibrant aesthetic, Coco also beautifully showcases Mexican society, a cultural niche seldom seen in most mainstream kids’ movies these days.

The story revolves around a 12-year-old boy named Miguel (voiced by newcomer Anthony Gonzalez) who aspires to be a world-renowned musician. His lifelong dream is complicated by the fact that his family has banned music in their household for generations because his great-great-grandfather abandoned them to pursue his own musical endeavours.

Then, after a series of strange events on Día de los Muertos (Mexico’s famed Day of the Dead), Miguel winds up in the Land of the Dead. He sets out on a quest to track down his relatives in the afterlife and uncover the true story behind his family history. Along the way the boy befriends a lone trickster called Hector (Gael García Bernal). 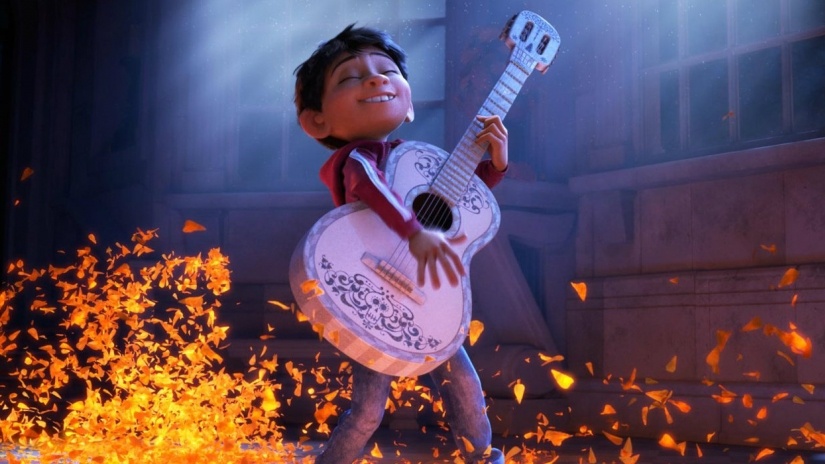 Oddly enough, Coco reminded me of 1985’s Back to the Future and Tim Burton’s paranormal comedy-fantasy, Beetlejuice. Much of the plot takes place in the underworld, where millions of deceased – who now exist as Disneyfied skeletons – live together in close quarters and line up for bureaucratic processing just like we do in modern society.

And remember when Marty McFly’s family picture, including himself, begins disappearing in Robert Zemeckis’ time-travel adventure? There’s a semblance of that idea sprinkled into the film as well; once people start to forget you in the real world, you slowly fade away from the afterlife forever.

The two worlds created in the movie are gorgeously rendered, brimming with a vivid array of colours and full of imagination. With this latest feature, the 19th from the studio, Pixar proves once again to hold, and continuously raise, the benchmark in animation. 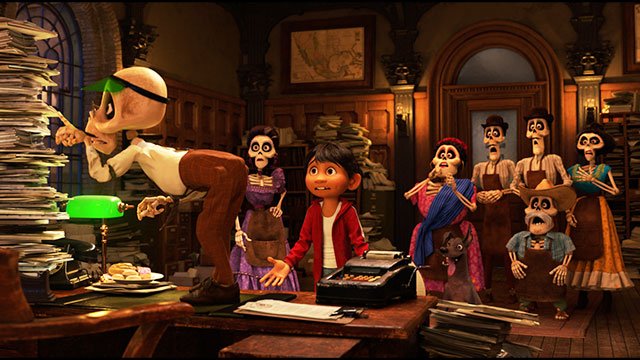 One of the really cool aspects of the film is the narrative’s use of ‘alebrijes’. These brightly-coloured art sculptures, depicting mythical creatures, are a staple in Mexican folklore. When Miguel’s living relatives find out he’s trapped in the Land of the Dead they enlist the help of a gorgeously-crafted alebrije called Pepita. The beast is a mix of big cat and eagle with ram horns and a lizard tail. The fantastical creature serves as one of the movie’s most memorable and innovative signature designs.

As is usually the case with Pixar flicks, Coco features a wide array of vocal talent. Anthony Gonzalez’s peppy verve, as Miguel, takes a bit of getting used to and Gael García Bernal is very effective in a rather nuanced role as Hector. Actress Renée Victor provides plenty of snappy dialogue as Miguel’s grandmother plus Benjamin Bratt is a treat as the somewhat pompous performer Ernesto de la Cruz. 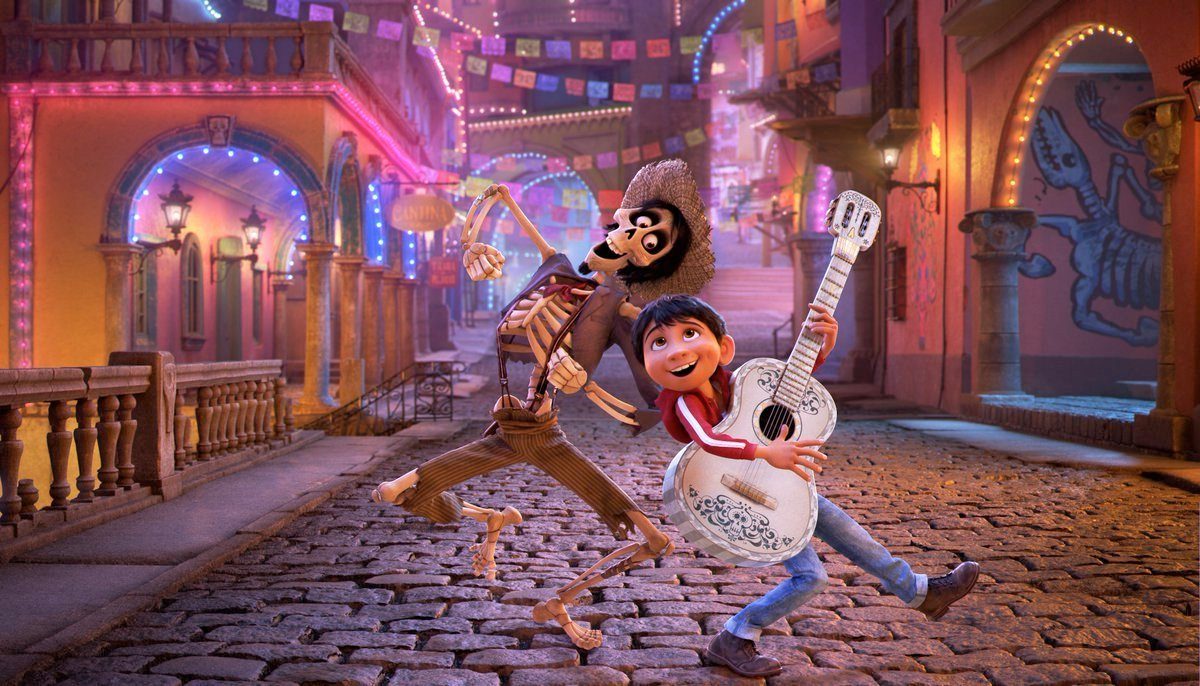 However, as strong as the film is, it never quite reaches the heights of greatness. Some of the characters aren’t that endearing or memorable. There are also songs featured that, although catchy, are ultimately forgettable.

Another issue is the plot’s basic point A to point B structure; there is very little tension or surprise. While the movie is a heartfelt love letter to Mexican heritage, its story is merely serviceable.

Perhaps the best aspect of Coco, and one that will certainly provide an avenue to create dialogue with kids, is how it isn’t afraid to address the topic of death. The emotionally affecting themes presented show how we should follow our dreams and remind us all to honour those we have lost by embracing our inevitable fate. These can be hard lessons for any child; thankfully animated features like this serve as an accessible bridge to tackling tough topics.