After months of speculation, there is finally some news about Mill Street Brewery‘s forthcoming Calgary digs. The Toronto-based beer biz will be opening up in YYC in spring 2016 at the Costigan house, most recently the site of the Republik nightclub.

Still, Mill Street wanted in on the Red Mile, and sure enough, they’ll be setting up shop on the south end, in a historic location with storied roots dating back to its construction in 1893.

Named for its first tenants, Calgary’s first crown prosecutor John Ryan Costigan and his schoolteacher wife Ada, the house was moved to its current location in 1928, and was a private home into the 1980s, chronicles The Avenue. Ultimately, though, it became part of Calgary’s nightlife scene, and is now in the hands of the Concorde Group.

It’s also been quite the year for Mill Street, and one that’s found the organic brewers with seemingly humble roots the poster child for selling out. Just last month, Mill Street was bought up by Labatt, in a move that by some accounts hurts Mill Street’s indie cred.

Abrams has said that the purchase actually is a boon for Mill Street, because it will allow them to get their beer into more bellies coast to coast.

Mill Street has a big vision for the Costigan house. 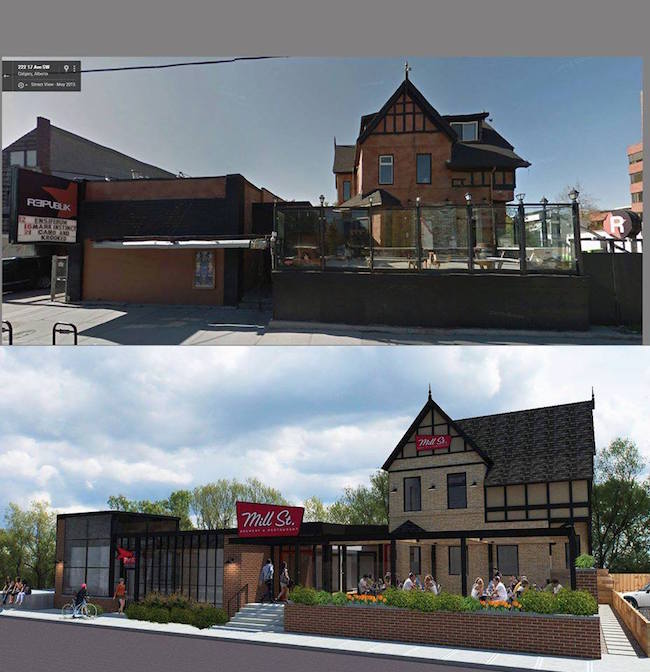 It will keep many of the home’s significant Queen Anne Revival features intact, including its gables, turned wood finials and bay window projections. The new plans will see a complete brewery installed in the eastern section of the house. There will be a beer hall-style meeting place as well as a more upscale, sit down area. The second floor will have a brew master’s studio, which will serve as both a cozier drinking spot and a museum of sorts to the history of beer.