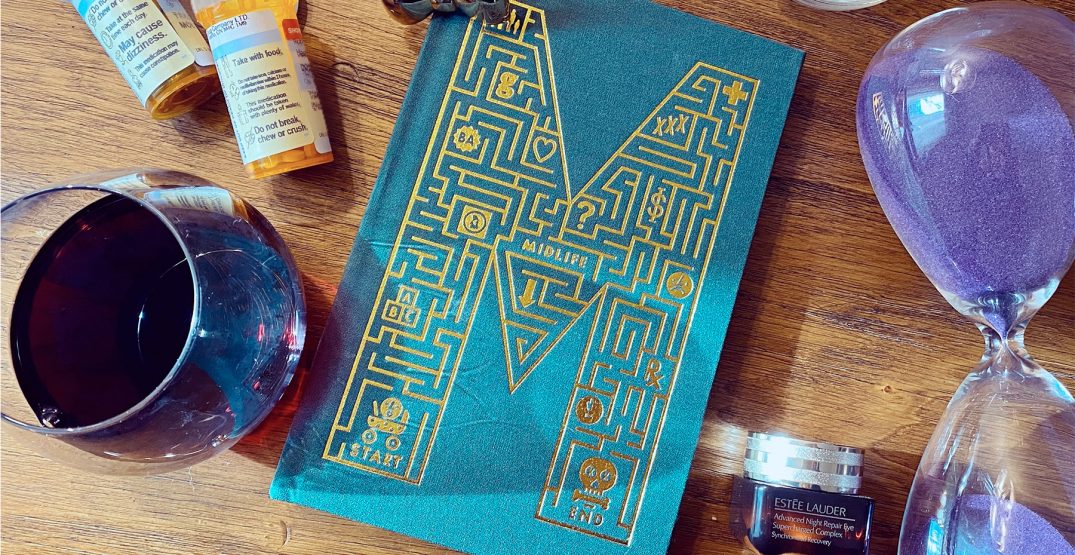 What happens when Generation X and old millennials hit middle age? That’s the subject of Midlife, a new book with strong roots in BC and Alberta, penned during the COVID-19 pandemic.

Editors Jhenifer Pabillano from Vancouver and Sarah Chan of Edmonton reached out to 27 friends across North America early in 2021. They proposed a project to kick pandemic loneliness: writing a 140-page book reflecting on careers, paths not taken, family lives, and more.

The result is a collection of 27 sharp, moving, and uniquely Canadian contributions that explore what it means to tumble towards middle age in 2021.

The group met 20 years ago at the Gateway, the student newspaper at the University of Alberta. Today, seven of them live in BC, including four in Vancouver, while eight are in Edmonton. Other contributors live in Toronto, Regina, Montreal, Halifax, New York, and London, UK.

“Many of us are former or current journalists or creators, and we were all living through this mushy middle period of life after there’s no more diploma or degree or job to chase,” said Pabillano.

“I wanted to hear from these really smart, perceptive writers about what midlife has revealed for them, and the result is a book that’s honestly so wise, heartbreaking and funny, with a bit of wisdom in it for everyone.”

Turns out, adulting isn’t necessarily as straightforward as anyone imagined.

Contributors include Matt Frehner, the head of visuals for the Globe and Mail, who writes about the evolution of photography from film to digital, and its impact on his own memories.

Leanne Brown, a New York Times bestselling author for the cookbook Good and Cheap, reflects on unintentionally explaining death to her three-year-old daughter after a walk to a nearby cemetery.

Even Edmonton mayor Don Iveson got involved. Mayor Iveson met his now-wife Sarah Chan through the Gateway, and he contributed a reflection on climate change and how it has driven his work.

There are also reflections on the movies Sliding Doors and Bridget Jones’s Diary, and the lessons learned from owning guinea pigs.

For those looking to get a taste of the work included in the anthology, two essay excerpts can be found online.

“Midlife is obviously of interest to those reaching middle age right now, but honestly, from the people who have read it so far, we’ve found it has resonated with younger and older readers as well,” says Chan.

“Younger readers have told us that it’s a relief to flash forward and realize life isn’t so bad – older readers have said they enjoyed looking back on a complex time that has now passed. And our parents just like knowing what we are up to.”

The book has been an instant success, selling out in its first 24 hours after being released on April 19, and is now in its second print run. For the contributors, however, the true reward from this project has been their connection during an incredibly lonely time.

“While the pandemic kept us physically apart, writing Midlife has brought our group closer together,” says Pabillano.

“We talk to each other almost every day now, and we’ve really come together for each other when times have been tough for any one of us.

“We’ve reignited a friendship that we hope continues on well into the future.”

Midlife is now available online as both an ebook and a limited-edition linen hardcover book featuring a striking golden maze by Raymond Biesinger, internationally renowned illustrator and Gateway alumnus.