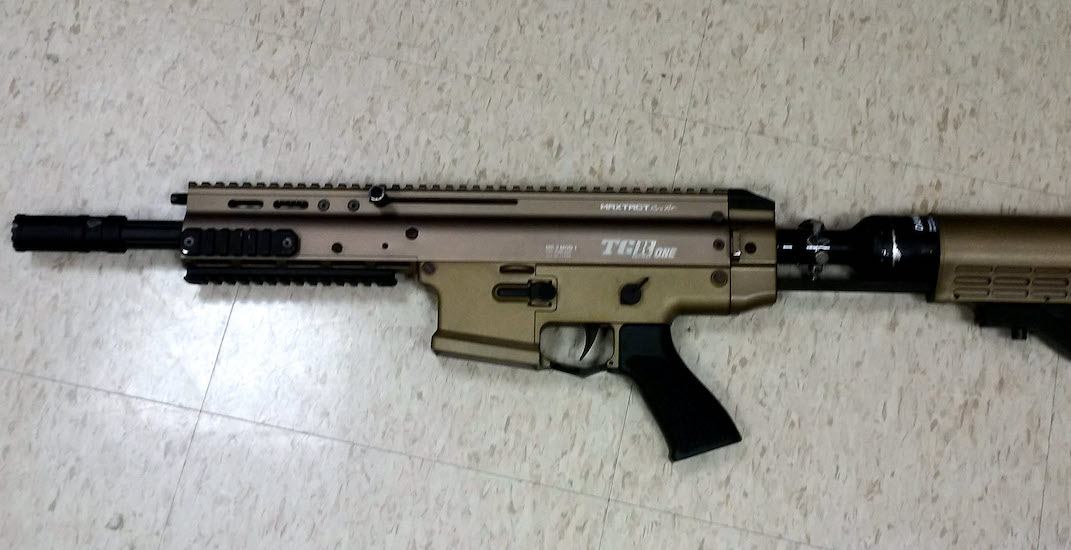 More than 30 people scrambled and ran out of the Marlborough Mall McDonald’s on Wednesday, August 16 when a man pulled out a gun.

Calgary Police Service has confirmed that although designed to look real, the gun was later determined to be a paintball gun.

The incident happened just after 6pm on Wednesday. Officers were luckily already at Marlborough Mall on an unrelated call when they noticed people screaming and fleeing from the McDonald’s within the Walmart.

CPS says “Upon arrival officers saw one man pinning another man against a wall in an attempt to wrestle the gun away from him. The Good Samaritan, a 28-year-old man, had been eating in the restaurant when he witnessed the man reach into a bag and remove a gun that he believed might be an AR-15 rifle.”

Police report that witnesses say people were pushing, stepping on one another and screaming during their panicked attempt to flee the area.

The suspect into custody without further incident and following the arrest a search revealed a small quantity of crack cocaine, methamphetamine, heroin and marijuana in his possession.

The 32-year-old man in custody is facing numerous drug and weapons charges. His name and a list of charges will be released once he has seen a Justice of the Peace.