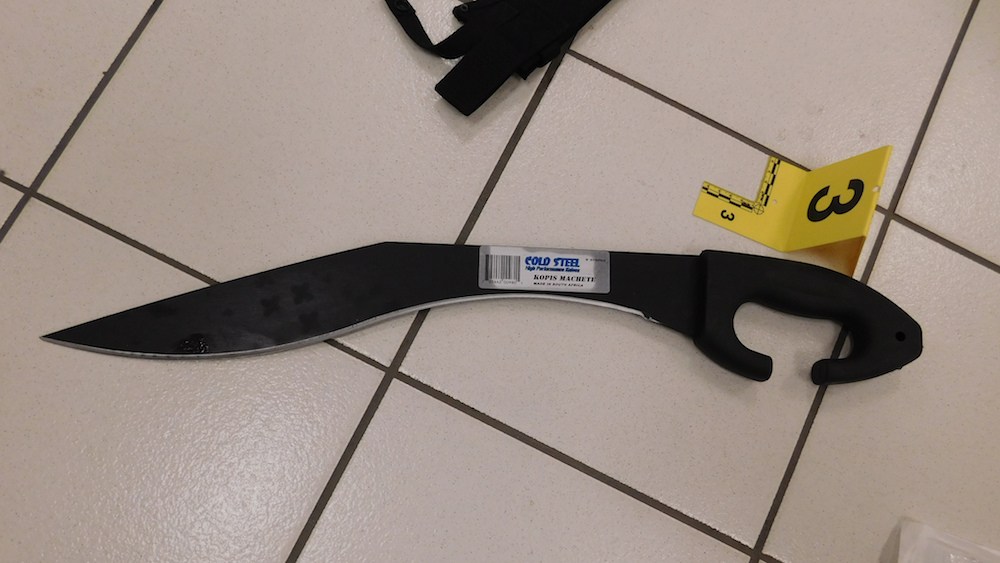 The Alberta Serious Incident Response Team (ASIRT) is looking into an officer involved shooting which took place over the weekend.

Around 2 pm on Saturday, September 17 the Calgary Police Service (CPS) responded to a complaint of a man causing a disturbance in the area of the Marlborough LRT station. When the man was approached by an officer he ran towards Marlborough Mall, entering through Sears.

Both the officer and man were taken to the hospital where they remain in serious but stable condition.

Calgary Police recovered the machete. The blade is approximately 48.3 cm with a total length of around 66 cm.

24 year-old Antonio Philip Bautista of Calgary is charged with: aggravated assault, assault of a peace officer, possession of a weapon dangerous to public peace, breach of a probation order, and two counts of unrelated warrants for his arrest.