The Canadian Dollar opened on a low note Tuesday morning after the holiday long weekend, valuing at 76.16 cents for every U.S. Dollar, the lowest in 11 years.

It is the lowest the loonie has been since September 2004 when it hit the 75 cent mark against the United States, which was in the midst of the Iraq war at the time. The weakening U.S. economy a few years later propped up the loonie to record levels, reaching on par with and above the U.S. dollar before and after the 2008 recession.

The cause of the falling dollar has much to do with the decline in oil prices over the last year. Corresponding with the loonie, the price of a barrel of oil dropped to $45 US Tuesday continuing its fall from a high of over $100 a barrel in summer 2014.

Some analysts predict the loonie will fall even lower, especially after the Bank of Canada cut interest rates to 0.5 per cent.

“The Bank of Canada cut interest rates again and that should drive the loonie to 71 cents US, which should help the country’s export industry,” Craig MacAdam, portfolio manager at Aurion Capital Management told BNN.

While it may be good for our export industry, consumers hoping to grab a deal down south will have to think more locally when shopping. B.C.’s retail industry will likely see a boost from shoppers avoiding the U.S. where huge savings are no more.

According to a recent survey by RetailMeNot.ca, 58 per cent of people said that the low Canadian dollar would stop them from visiting the U.S. and 66 per cent  believe crossing the border to shop is no longer worth it.

The same survey reported that 66 per cent of Canadians would rather visit cities in their own country than in the U.S. because of the dollar. It’s also an added incentive for Americans to visit Canada as prices are inversely less expensive now for them. 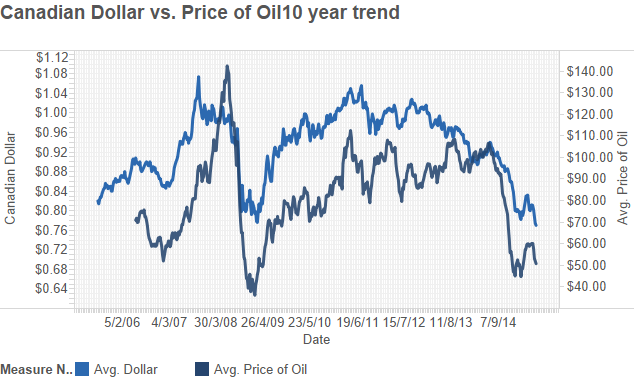