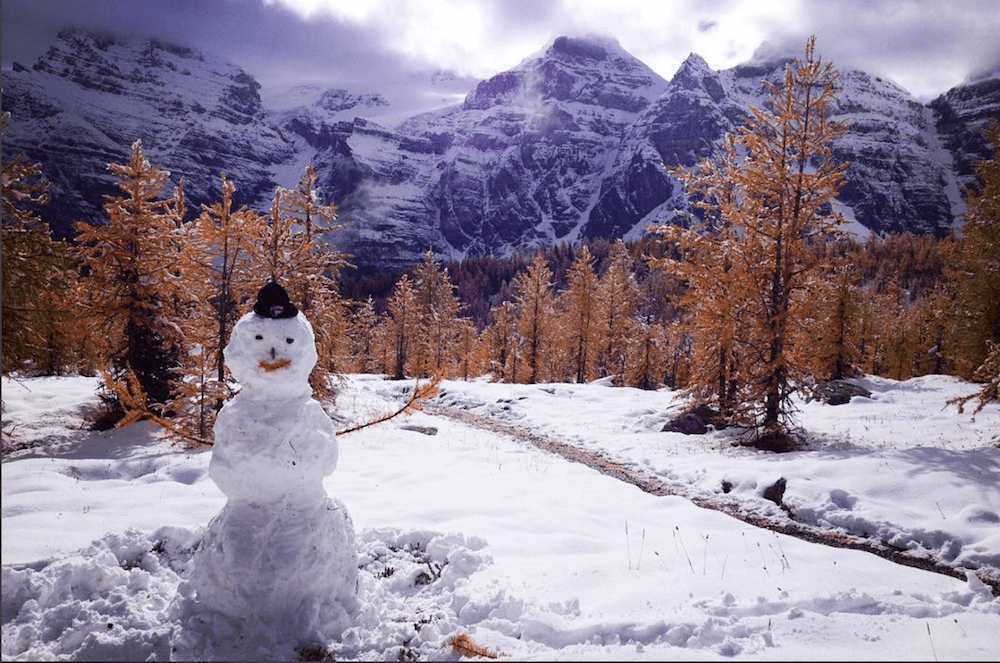 Sure the wet weather sucks. But if you’re looking for a silver lining to the soaking that Calgary received over the summer, it’s that all that water is turning to snow at the higher reaches of Alberta’s mountain resorts.

A glimpse at the resort’s webcams yesterday shows a fully fledged flurry of wintery weather was swirling around the upper elevations of the mountain, with snow setting at Lake Louise Ski Resort and Sunshine Village. 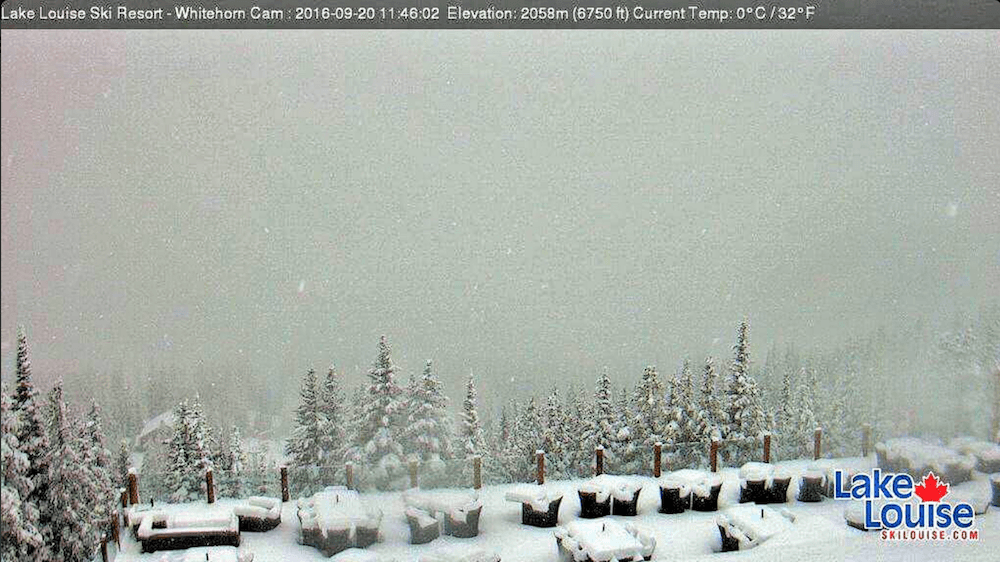 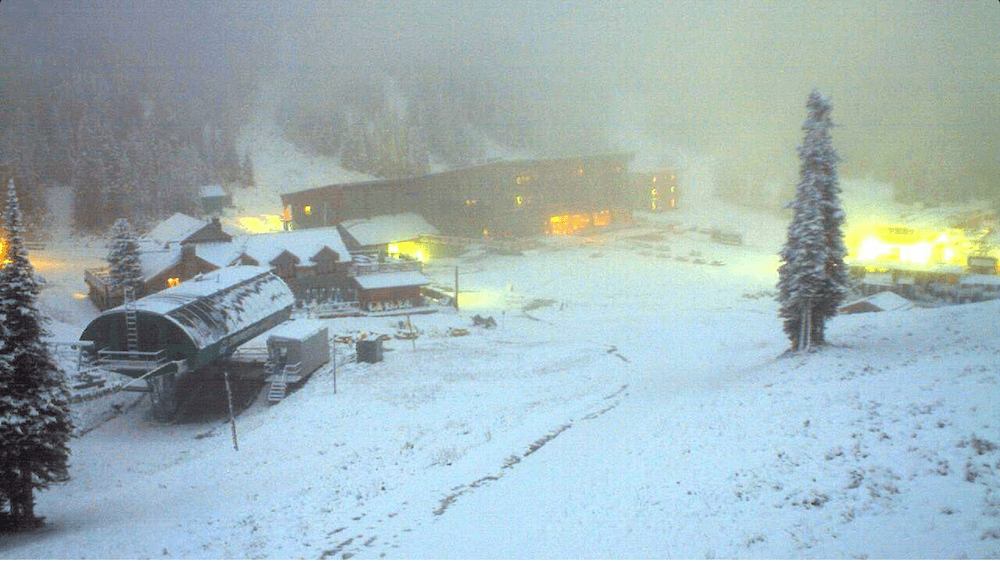 But don’t get excited just yet. With sunnier weather set for the area for the rest of the week you’re going to have to wait a while before you start hitting the slopes. Lake Louise is currently scheduled for a Thursday, November 10 opening and Sunshine for Friday, November 11 2016.

Here’s today’s look from the same webcam at Louise. 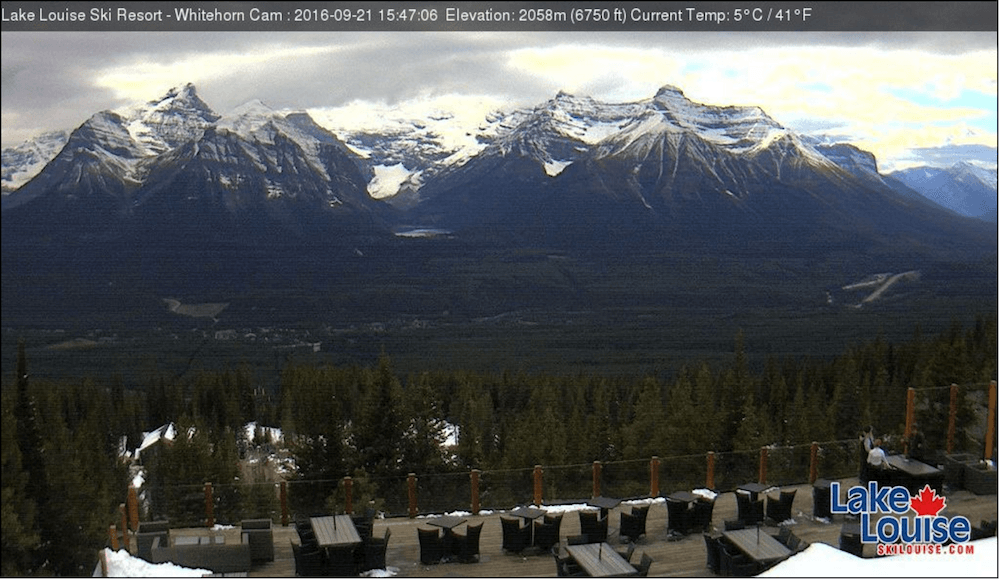 Now that you’re sad because all the snow has melted away, here are a few more pictures from yesterdays awesome snowfall in the mountains to cheer you up! Ski season is closer than you think!

A little snow shower up around Banff! #Canada pic.twitter.com/PGQAeVKtIm

I saw the snow view from the window when I wake up, I was sooo exciting for that ^^!! First snowfall of Lake Louise Village. ❄️☃❄️☃ #goodmorning #ny #nyc #snow #firstsnow #excitingtimes #lakelouise #surprise #banff #alberta #vancouver #canada #imissyou