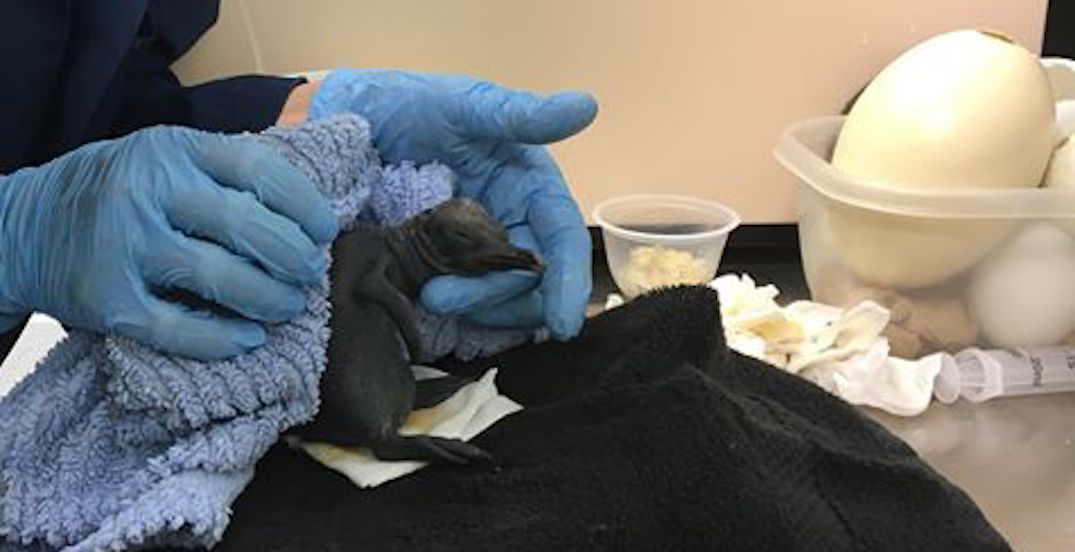 A tiny king penguin was born at the Calgary Zoo last week after a serious struggle.

The little penguin was expected to be born on August 11, though pieces of the egg’s shell were found by Zoo staff over the August long weekend.

Veterinarians patched up the shell with a piece of an old penguin eggshell and placed it into an incubator to keep it warm, moist, and safe.

The effort was not in vain, as the little bird began attempting to break its way out of the makeshift eggshell just a few days later, and while it required a little bit of help from Zoo staff, the chick fully hatched on August 7.

Since then, the bird has been under the care of adoptive mother Diana, an experienced penguin mom at the Calgary Zoo.

“Since this new chick had such a difficult start to life, the zookeepers and veterinarians continue to treat and closely monitor its health and wellbeing,” a release from the Zoo states.

“While the next few weeks will be extremely critical for our littlest king penguin, we remain hopeful.”

If the chick manages to remain healthy during its first few weeks, the zoo states that it will be “very significant to the King Penguin Species Survival Plan” as both of its parents have no relatives in the zoo population, making its genetics unique.

“In the wild, king penguins are considered sensitive indicators of changes in marine systems serving as a key species for understanding the effects of climate change on the marine biome, especially throughout the sub-Antarctic and Antarctic areas,” according to the release.

“Currently listed as ‘vulnerable,’ 70% of the world’s penguins are expected to disappear in less than 80 years.”