Her photos and video of the rare spirit bears were selected from more than 26,000 entries from photographers in 59 countries. 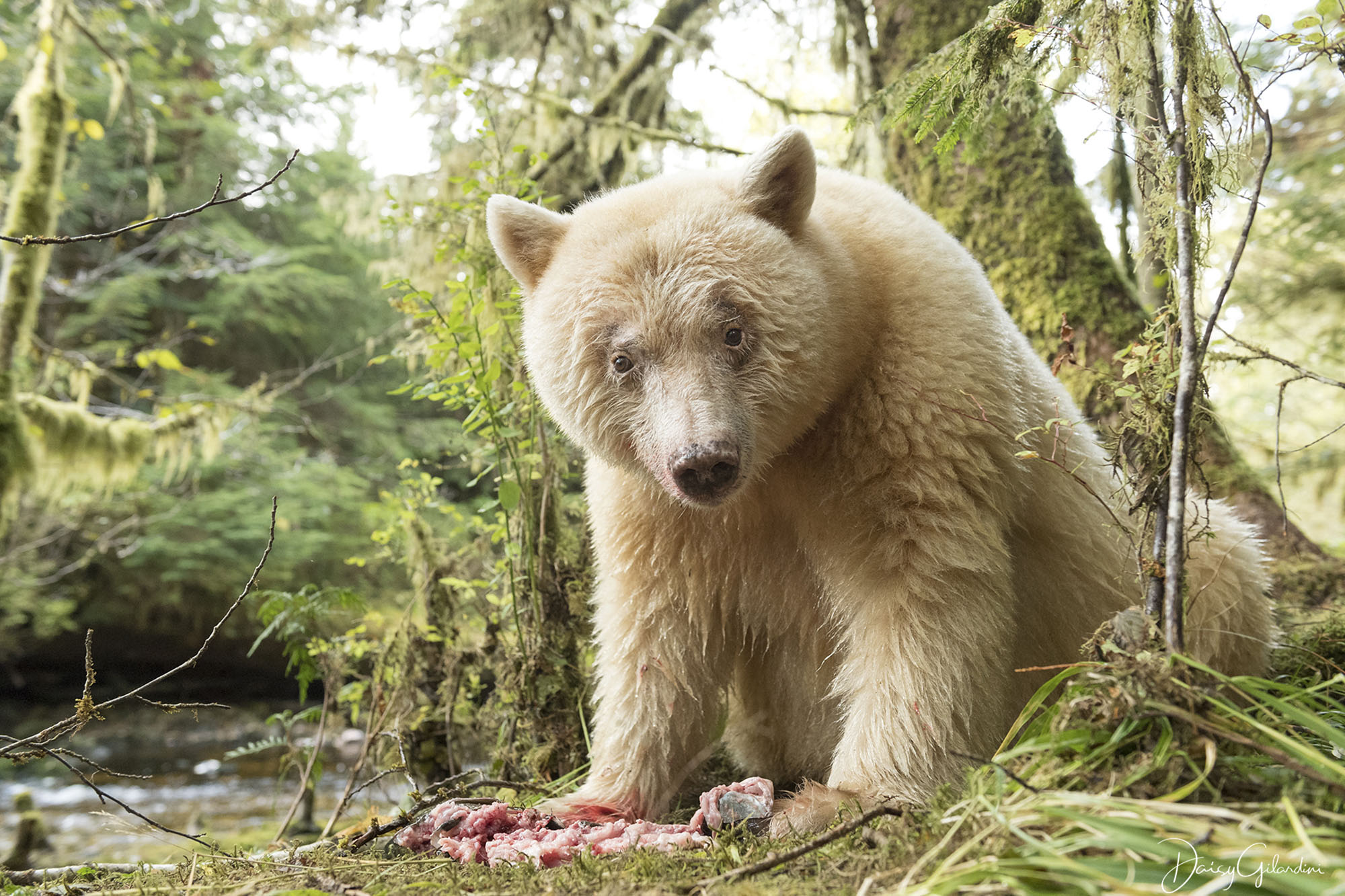 In her acceptance speech, Gilardini said she is “proud, honoured, and deeply humbled” to receive the international award.

“Conservation has been my life’s calling throughout my career as a photographer, so this means a lot to me,” she said.

“Photography is not just an art form. It is one of the most important and powerful communications tools we have.” 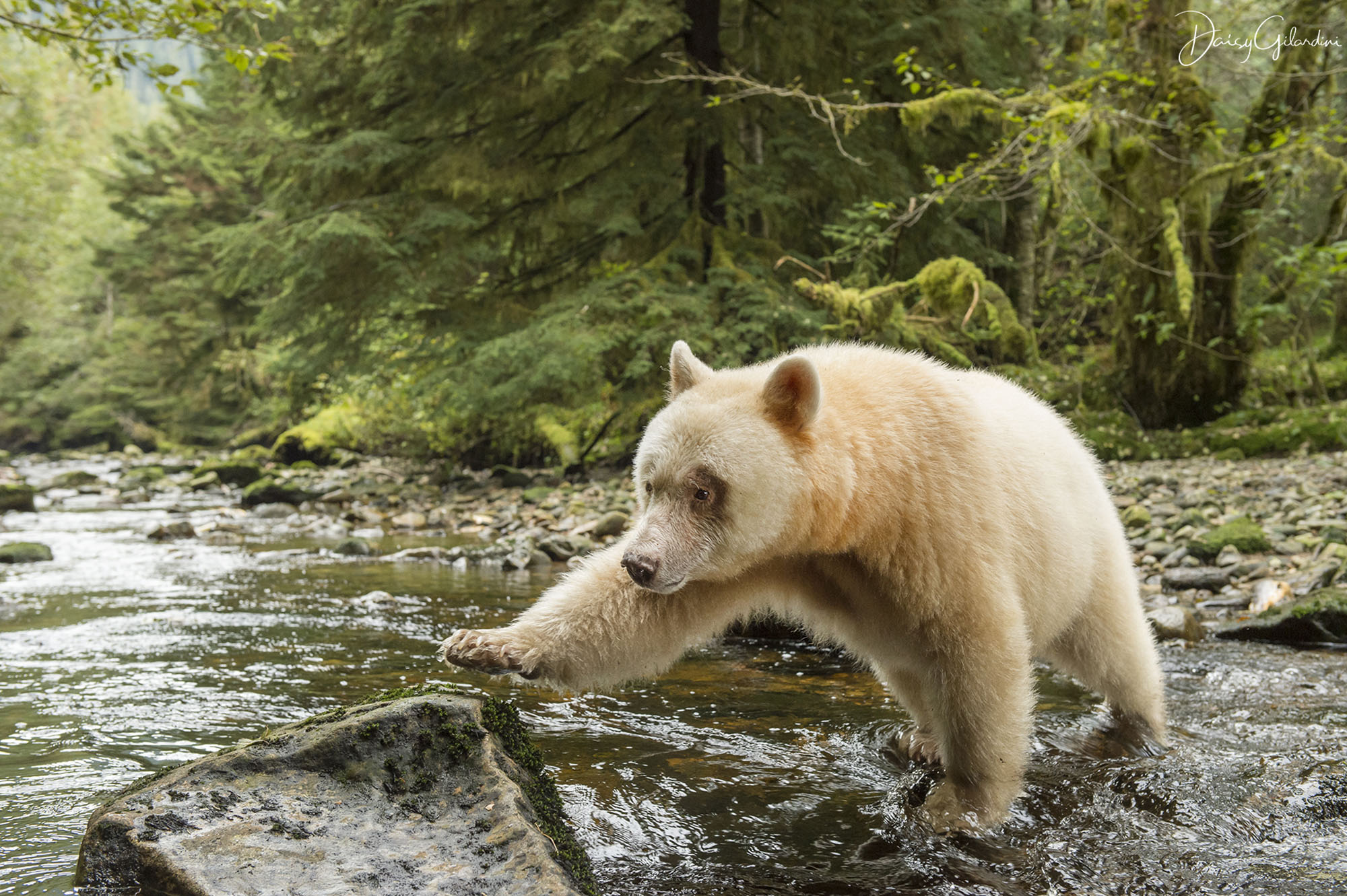 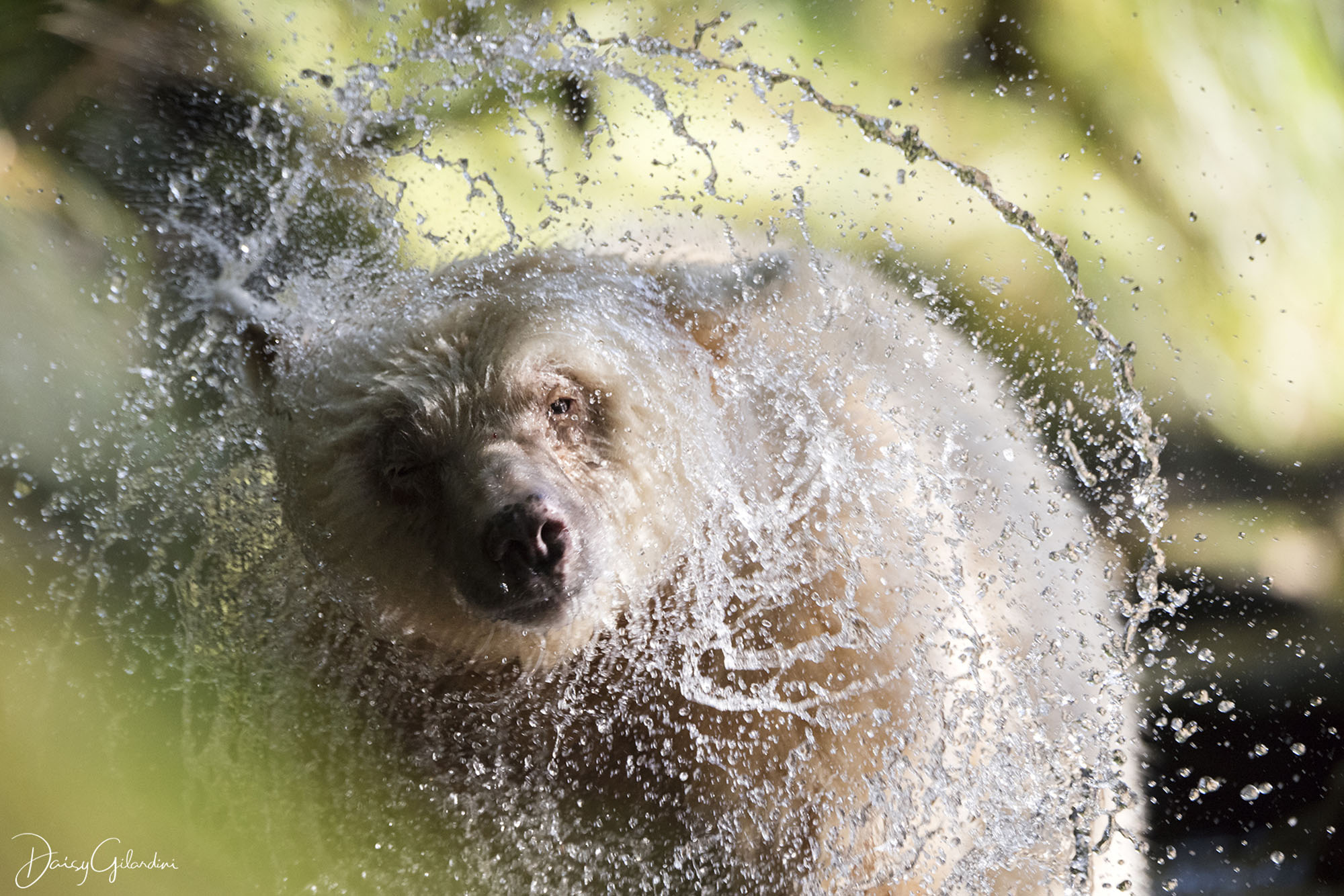 Gilardini’s photo and video work is collectively called Spirit of the Forest; she told Daily Hive it took five years to complete the collection.

“It was a mystical experience,” she said. “The Kermode bear is one of the rarest bears in the world and I literally had a lump in my throat when I first saw one back in 2011.” 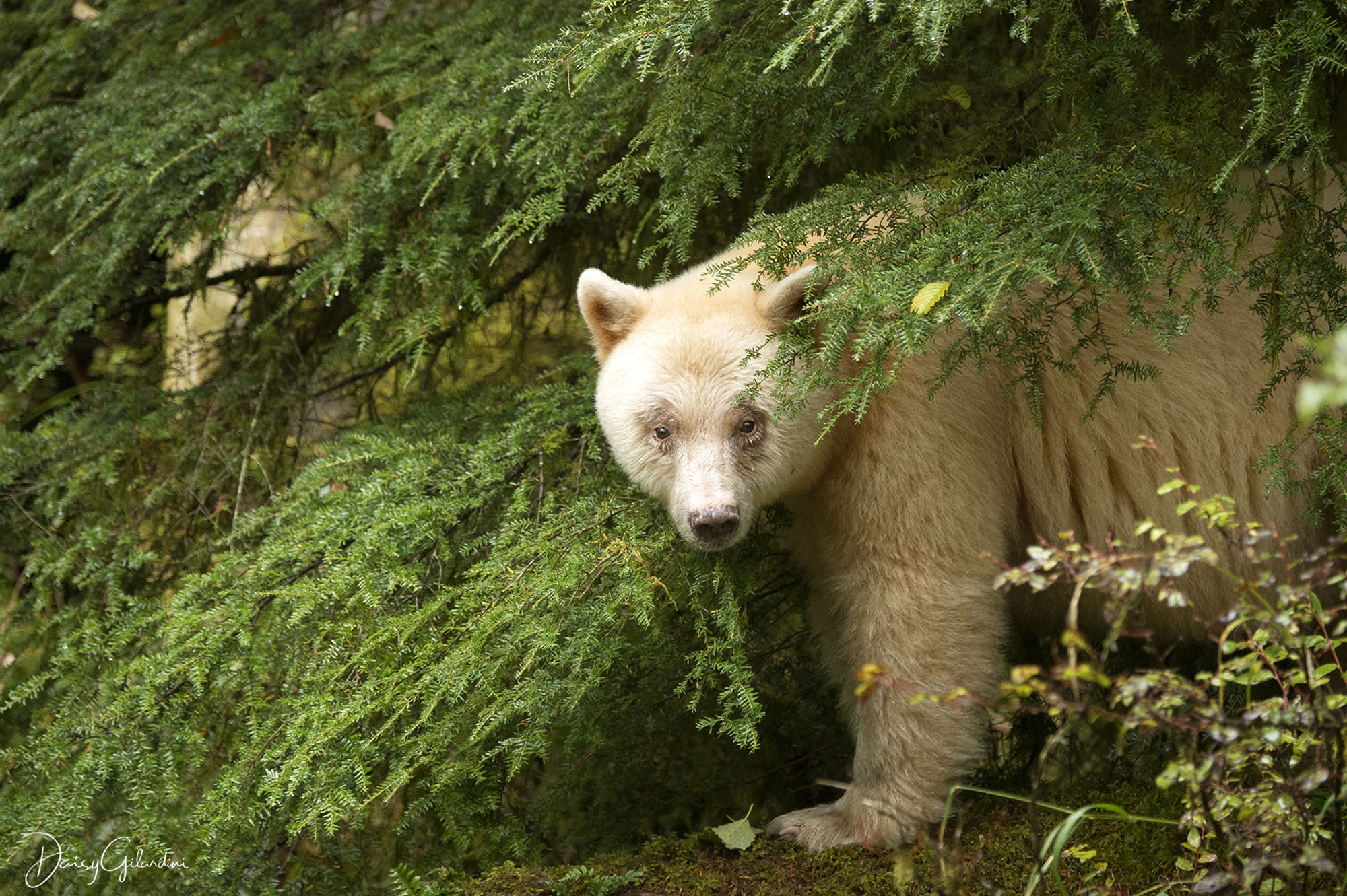 In a release, Gilardini said she wanted to raise awareness of the fact there are only between 400 and 1,000 of these rare bears left in the wild.

“As environmental photographers, it is our duty to capture the beauty of places and
species at risk, and raise awareness through the universal power of the images we
capture,” she said.

“While science provides the data necessary to explain issues and suggest solutions, photography symbolizes these issues.” 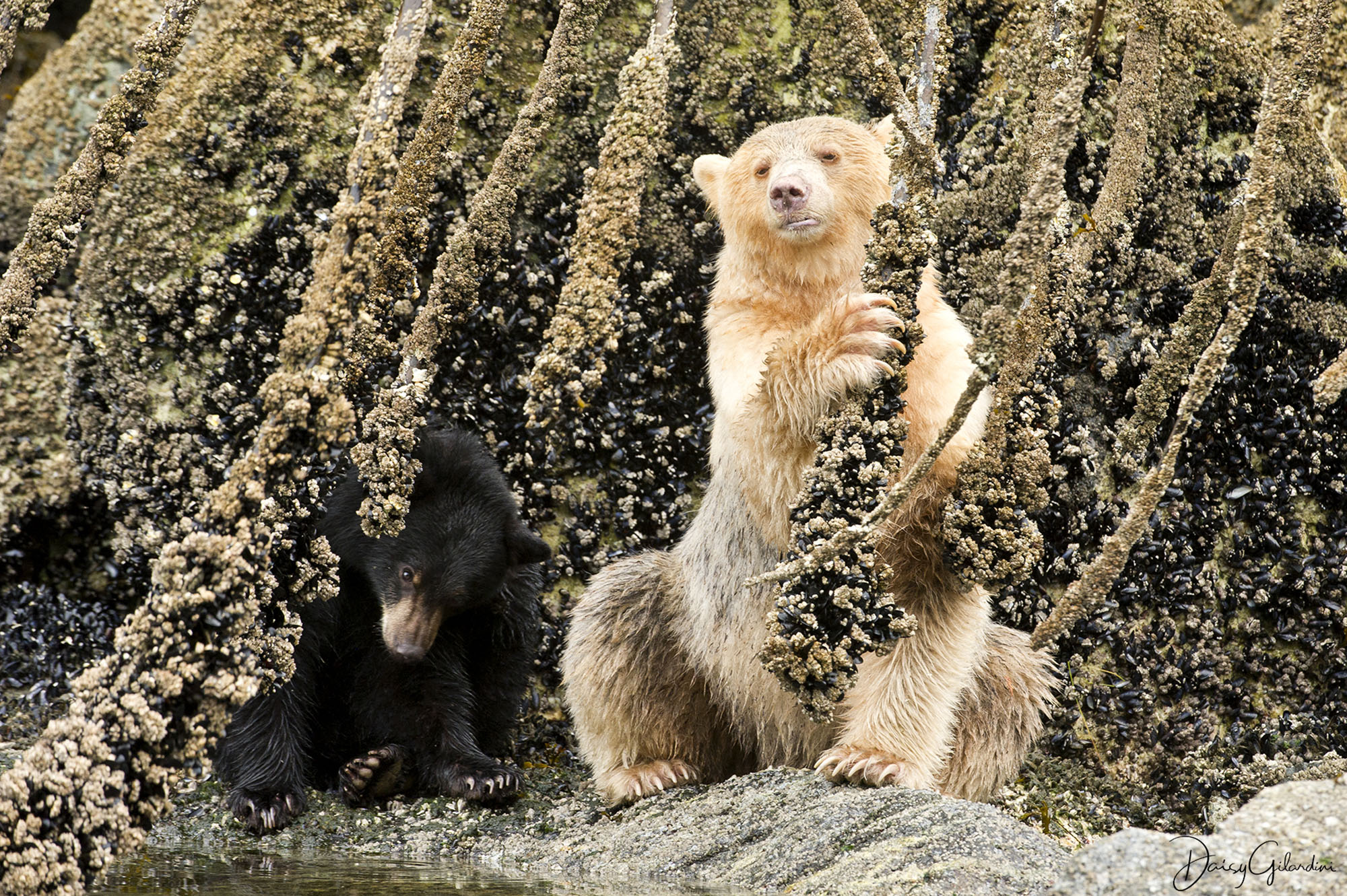 Gilardini is from Switzerland originally, but now calls Vancouver home, pursuing her passion for the natural world and conservation.

Over the past 20 years, she has joined almost 70 polar expeditions, spending the last decade roaming bear country in the Arctic, Alaska, and BC.

And this is not the first win for Gilardini. Last year, she won the competition’s grand prize for a photo of a polar bear cuddling her cubs. 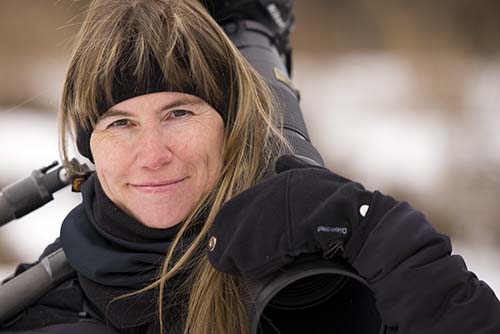 Kermode or spirit bears are a subspecies of black bear, with a unique recessive gene that can give them cream-coloured fur, and are only found in BC and Alaska.

However, over recent years, Kermode bears have been threatened by trophy hunting, poaching, and habitat destruction by planned pipelines.

The Great Bear Rainforest has been granted some measure of protection. In 2016, the BC government agreed with First Nations to protect most of the rainforest from logging.

And later that year, it was announced four areas of private land on the rainforest’s waterfront would now also be protected, after being donated by the landowner. 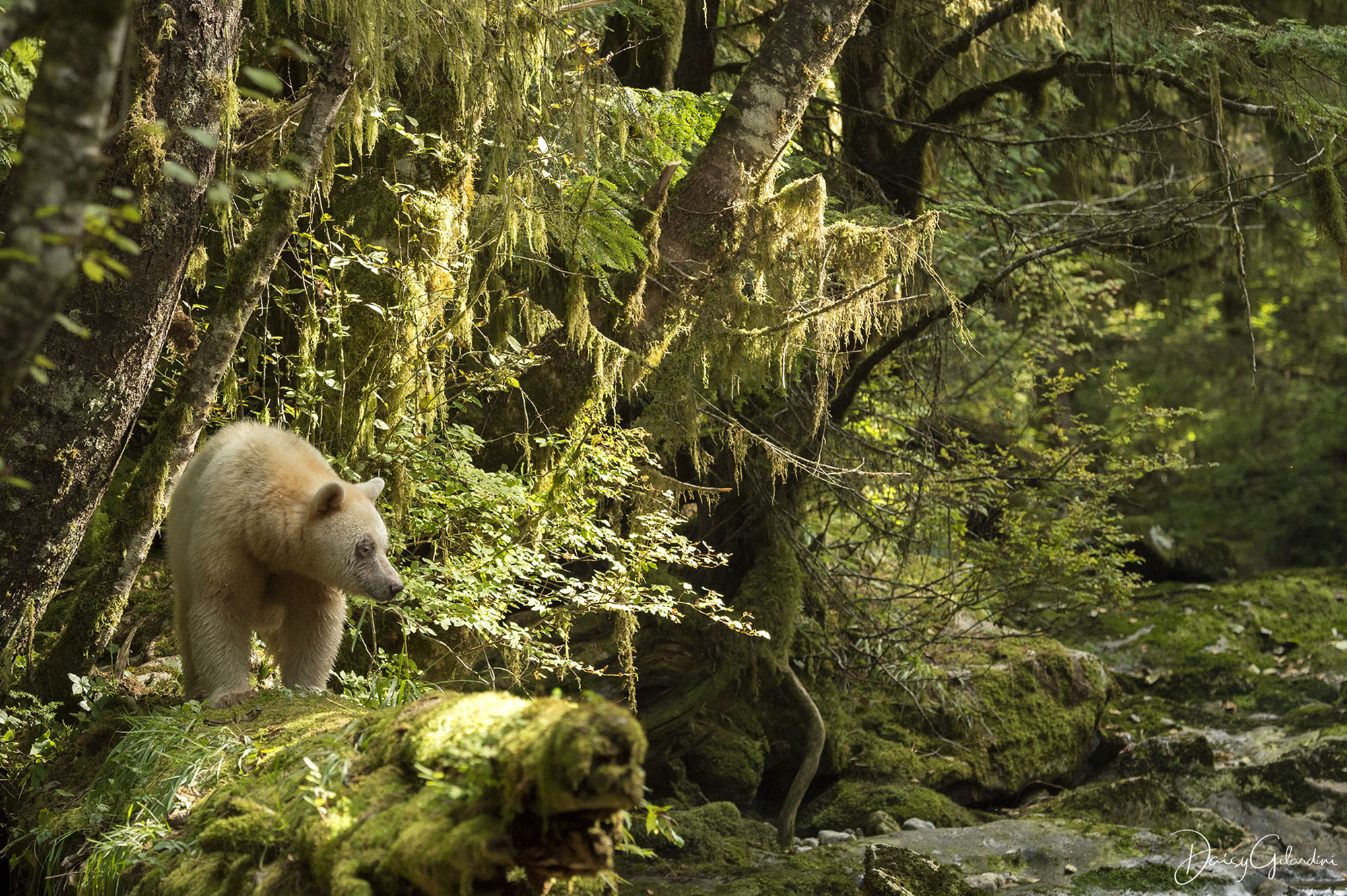 Gilardini said she hopes her work raises public awareness and spurs politicians to further action to preserve this part of our planet once and for all.

“If humankind wants to survive and evolve with our planet we have to act responsibly,
by acknowledging with humility that Nature is not depended by us; we are dependent on
Nature,” she said.

“Science appeals to our minds, but photography speaks to our hearts. We need both in
order to spread the message of conservation effectively, to as many people as possible.”

Gilardini’s award winning work will be on display at the Smithsonian’s National Museum of Natural History in Washington, DC through September 2018. 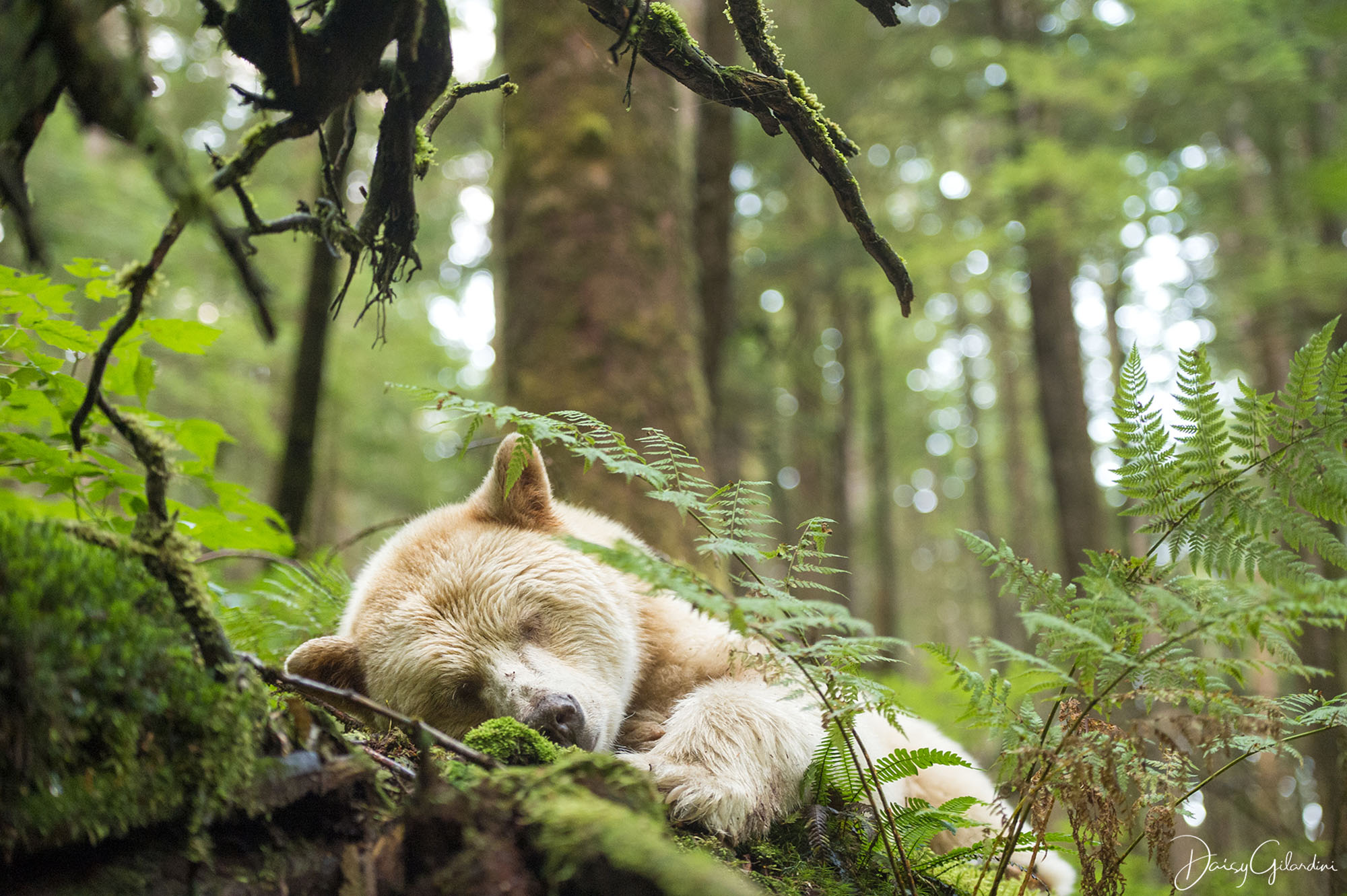