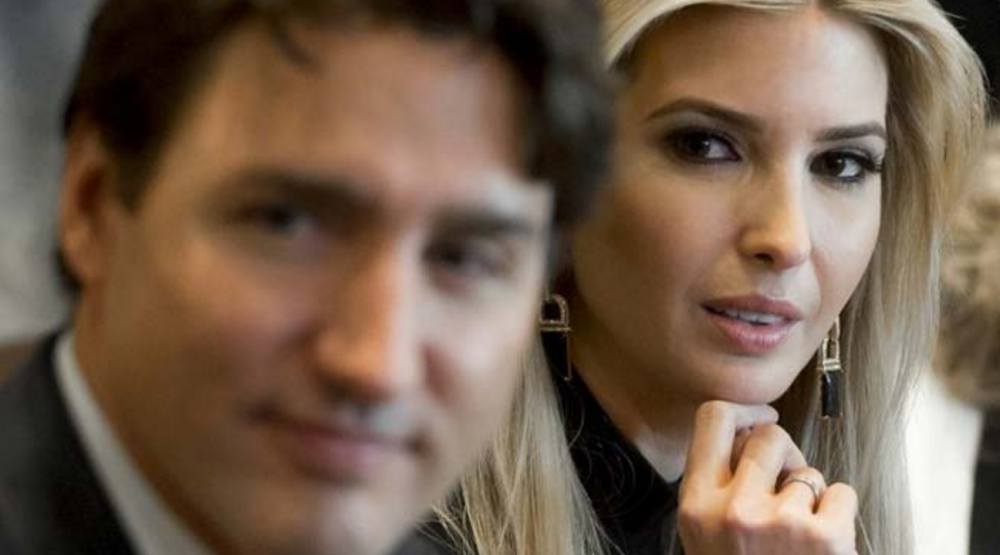 Is this the beginning of a beautiful friendship?

Justin Trudeau and Ivanka Trump seemed to get along quite nicely when the PM visited Washington back in February, and now they’re attending musicals together.

Trudeau alongside Donald Trump’s oldest daughter and close advisor, Ivanka, were spotted together on Broadway at the Canadian 9/11 musical Come From Away.

According to a report by The New York Times, Ivanka sat between Trudeau and Nikki Haley, the American ambassador to the United Nations.

Last night, we celebrated the people of Gander on Broadway at #ComeFromAway. Wonderful, moving show – congratulations to the cast & crew. pic.twitter.com/5xBzBYee7R

Canadian prime minister @JustinTrudeau is at @wecomefromaway on Broadway, addressing crowd from stage before show. pic.twitter.com/nF7dUXJgZe

Welcoming foreigners in times of need

The play’s message of acceptance comes at a time where Donald Trump’s travel ban has impacted the lives of many trying to enter the US.

Was Trudeau bringing Ivanka to this musical for a particular reason? Some think so.

Before the play began, Trudeau spoke about the close friendship between Canada and the US.

“There is no relationship quite like the friendship between Canada and the United States. The deep ties…of economics, of business, of friends, of culture, of people travelling back and forth, of families of all these connections,” said Trudeau.

“And this story, and this amazing show is very much about that. And it’s about friendship as well.”

While we are not sure if Justin and Ivanka will be attending more shows together, we hope she picked up on Come From Away’s message of love and acceptance.