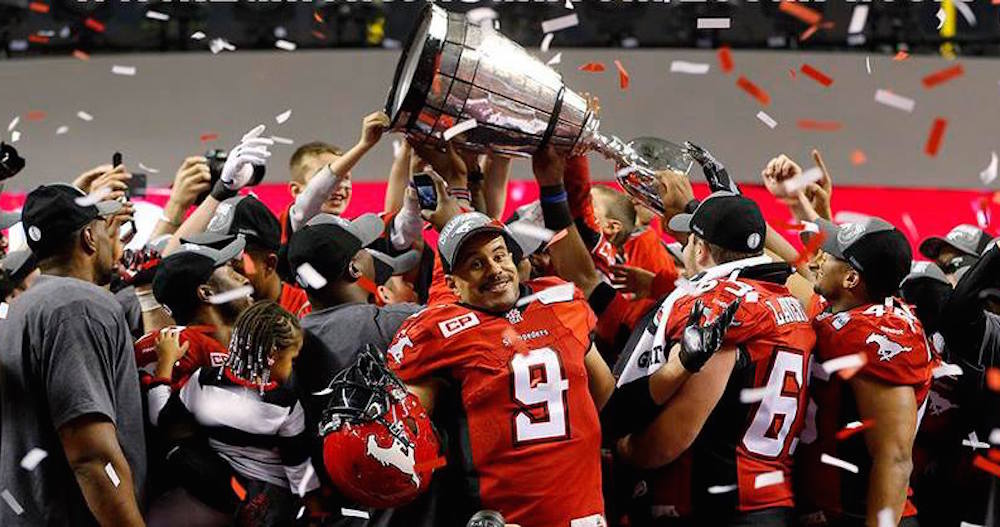 CFL superstar Jon Cornish has been chosen as celebrity judge for the 2016 Calgary Stampede Parade, it has been announced.

Each year the Parade features more than 150 western-themed entries. Some 30 marching bands, 40 floats, 750 horses and 4,000 people are usually involved.

Cornish, who retired last December, will choose the parade entry that “best exemplifies the spirit of the Calgary Stampede” to receive the 2016 Celebrities’ Choice Award.

“It is a tremendous honour to be able to contribute to the Calgary Stampede Parade,” said Cornish. “I’ve lived in Calgary for 10 years and it’s one of those things you always wish you could do, and when you get the opportunity you are truly grateful.”

Cornish spent nine seasons with the Calgary Stampeders as a running back; he is a three-time CFL All-Star, four-time CFL West All-Star, and a two-time Grey Cup Champion.

This year’s Calgary Stampede runs from July 8 to 17.

The parade will take place on Friday, July 8, beginning with the Parade Prelude at 7:30 am, followed by the full parade at 9 am.

Calgary Buzz is a proud media sponsor of the Calgary Stampede