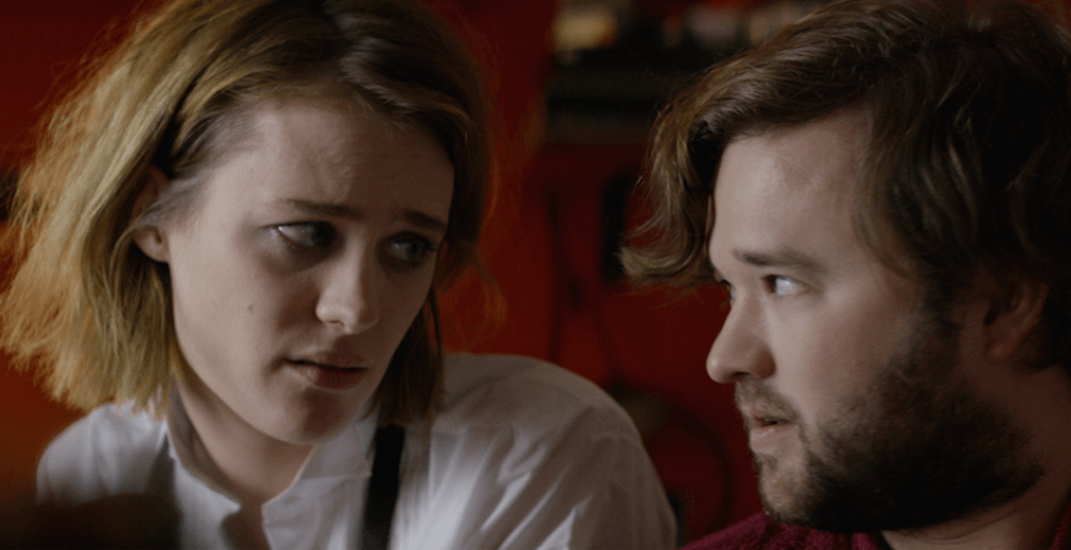 Izzy Gets the Fck Across Town/Facebook

The Calgary International Film Festival will be airing a movie depicting the five hour long struggle of a broke, irresponsible, bad-mouthed musician making her way across LA to break up her ex’s engagement.

In Izzy Gets the Fuck Across Town—directed by Christian Papierniak and starring The Martian’s Mackenzie Davis as the titular character—Izzy is in a low place in life. She’s lost her dream gig, has no recollection of last night, and realizes she needs to get across LA to fix her entire life by ruining her ex’s relationship.

“She’s starting to reflect back onto the other parts of her life which were somewhat stable, which was a boyfriend who she loved and though was her soulmate,” said Papierniak in an interview with Daily Hive, “So when she finds out he’s getting engaged to her ex-best friend, it sort of triggers this thing in her.”

The movie was shot on a small budget of $180,000, which pressured Papierniak to create the film in ways reminiscent of original indie films.

“We wanted to make a ’90s throwback indies film that felt that way and had kind of that rough, vibrant thing to it.”

The movie, according to Papierniak, comes somewhat from his own past experiences, and the frustration he felt when a friend of his began dating his ex.

The story centres heavily around the character of Izzy, who Papierniak says can be very relatable to viewers—especially those who may be in a similar position.

“She’s a lot like us, or at least the us that is the real us. We’re all that way: Izzy is selfish and rude and angry and forceful, but she’s also very caring and thoughtful and elegant in certain ways,” Papierniak said.

“It is really a simple story about a character, and unique in the sense that most movies don’t allow the main characters to be ugly and mean but also heroic and thoughtful.”

The movie will be airing at the upcoming Calgary Film Festival.

“The Calgary film festival has been great,” Papierniak said. “Mackenzie can’t make the festival but its really important to her, being a Canadian herself, and she really want to make sure that this is something special and exciting, so we’re really excited to be a part of it.”