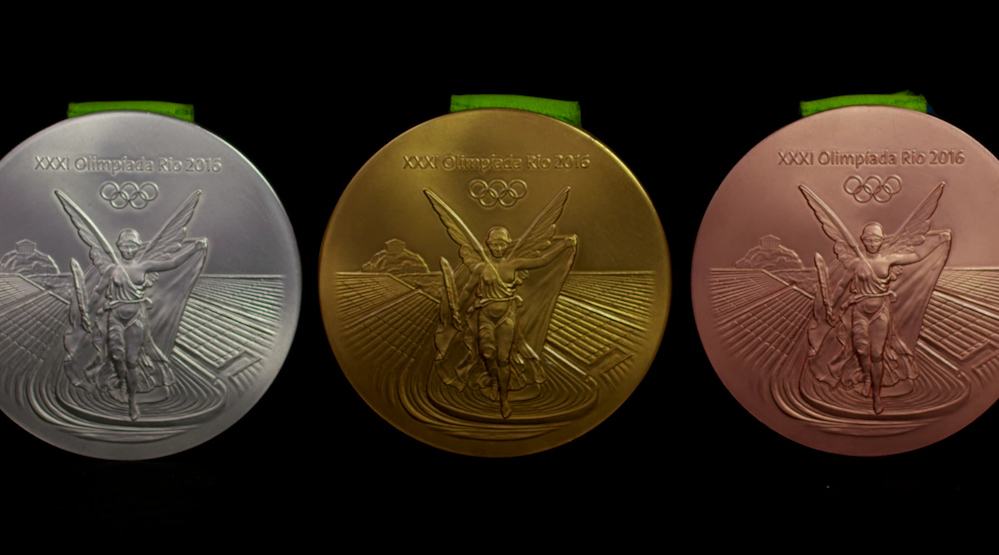 Canadians have every reason to be proud of their athletes competing at the Rio de Janeiro 2016 Olympic Games. The nation has won at least one medal every day in each of the first five days of competition, which is a historic first for Canada at the Summer Olympics.

At the time of this article’s publication, Canadian athletes have won six medals – five bronze medals and one silver medal. No gold victories, yet.

According to CBC’s medal table, with total medals won being used as the standard to rank nations, Canada now ranks 14th out of 206 nations participating in these Games, just behind Kazakhstan with its two golds, two silvers, and three bronzes and ahead of the Netherlands with its one gold, two silvers, and two bronzes.

Similarly, NBC also uses the raw medal count, and for the time being the United States is ranked first beating China in the number of gold medals, silver medals, bronze medals, and the total medal count.

But if you were to look at how other publications, including Official Olympic Broadcasters, rank the countries, a very different picture of national performance is shown.

And if there are countries that have a tie in the number of gold, silver, and bronze medals, they are ranked alphabetically.

BBC (UK), CCTV (China), France Televisions (France), Seven Network (Australia), VGTRK (Russia), Rede Global (Brazil), SBS (South Korea), and RTVE (Spain) are among the list of the almost 100 Olympic broadcasters that rank countries based on the gold standard. In this way, Canada is currently at the 37th spot – ahead of Georgia with its one silver and one bronze but behind Indonesia with its two silvers. 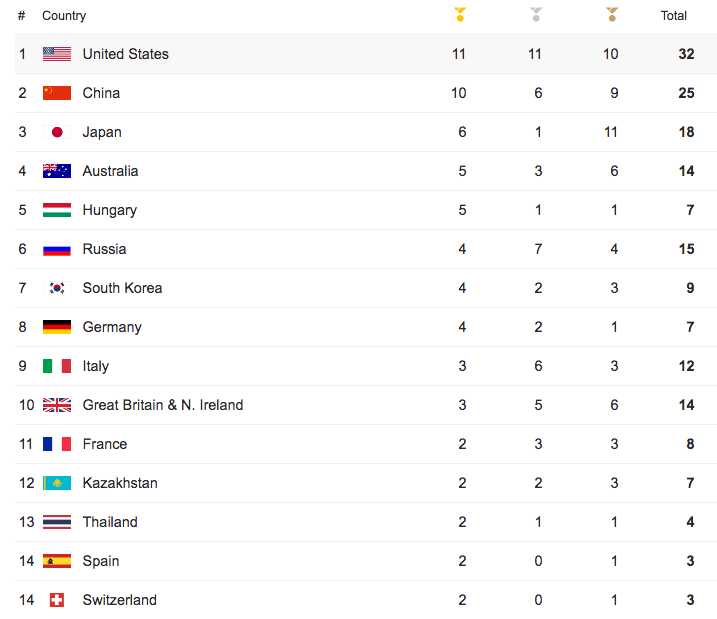 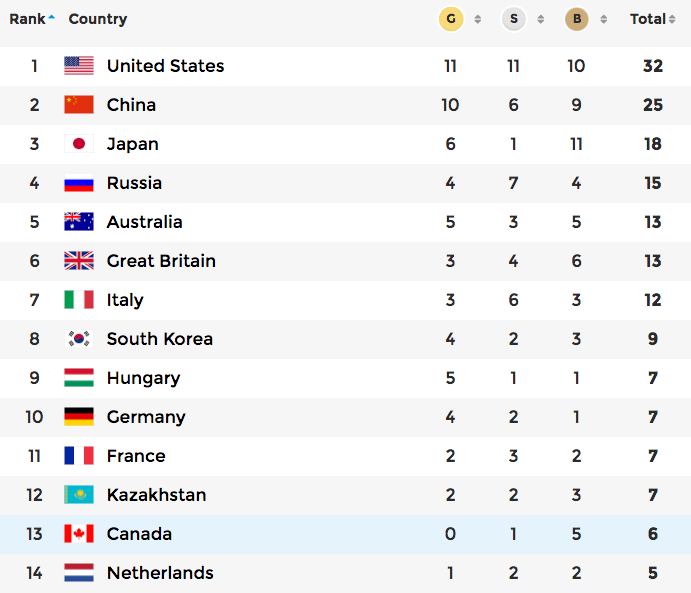 Simply put, most countries give a top podium finish much more weighing than anyone who stands on the left or right of that centre elevated spot.

The official website of the Rio 2016 local organizing committee provides readers with both the options of viewing the medal rankings based on golds and the total medal count. The International Olympic Committee has no official position on how countries are ranked as it sees its Games as about athletes competing in their individual or team events, not a World War in sport between countries.

Jacques Rogge, who retired from his position as the president of the IOC in 2013, aptly described the medal count difference during a press conference held at the end of the Beijing 2008 Olympics.

At the Vancouver 2010 Winter Olympics, Canada was riding on its gold rush – the swell in patriotism was all from winning the most gold medals. Canadian athletes won 14 gold medals at the home Olympics, but the United States and Germany beat Canada in the total medal count.

“Gold medals should not be the only indicator of success”

To reach the Olympic level of performance, clean athletes spend years – often their entire lives – working equally just as hard in their effort to reach the podium. As a result gold medals should not be the only indicator of success, but there should be no argument that they are and should be valued more.

This is already evident in the rewards that athletes receive for winning different coloured medals. The Canadian Olympic Committee for example provides athletes with $20,000 for each gold medal, $15,000 for each silver medal, and $10,000 for each bronze medal.

Elsewhere the United States Olympic Committee offers its champions an even higher payout, with US$25,000 for each gold, US$15,000 or each silver, and US$10,000 for each bronze. At Rio 2016, for example, Michael Phelps has already secured US$75,000 for his gold medal performances at three swimming events.

All of this begs the following question: Should there be a new ranking system that considers both gold medals and the total medal count of a country?

Or perhaps it’s time that we looked beyond medals alone. Perhaps we’d better suit the Olympic spirit to reward those who are not only among the best, but who to strive to be the best.