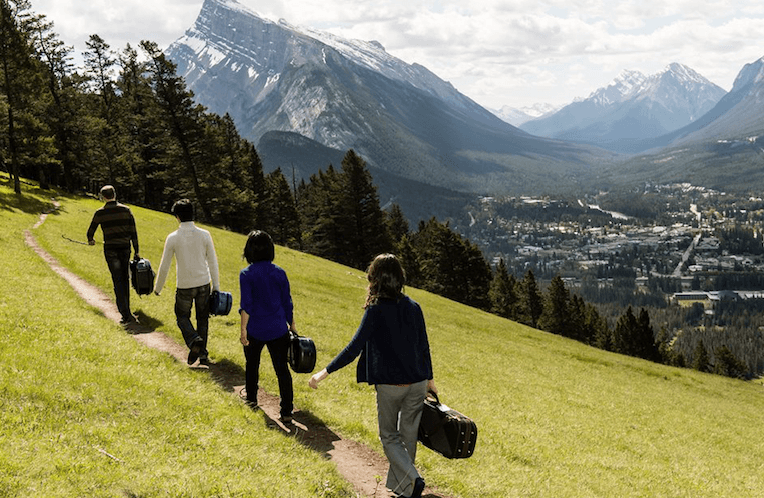 The mountains will be filled with music as the Banff International String Quartet Competition (BISQC) will return to the Banff Centre for Arts and Creativity from August 29 to September 4.

Ten quartets from around the world will be demonstrating their musical talent during the week-long event. The quartets will be competing for a grand prize worth $150,000, which includes a $25,000 cash prize, a concert tour, and a two-week stay at the Banff Centre where they will record their own album.

The Rolston String Quartet will be the only group representing Canada in the competition. Violinists Luri Lee and Jeff Dydra, violist Hezekiah Leung, and cellist Jonathan Lo are accomplished string players hoping to take the top spot at the event.

“We’re super excited to be able to compete in the competition, but the great thing about it is the audience. From what we hear, the audience is super enthusiastic about string quartet music. We’re very happy and honoured to be a Canadian quartet playing there,” Leung said in an interview with the Banff Centre.

Fans of chamber music will be able to see some of the world’s best string musicians perform at this prestigious event that has been held since 1983.

While most tickets are sold out, individual seats are still available and can be purchased here.

And, if you can’t make it to the competition, not to worry. Performances will be live streamed for all to enjoy.

When: August 29 to September 4

Where: The Banff Centre for Arts And Creativity