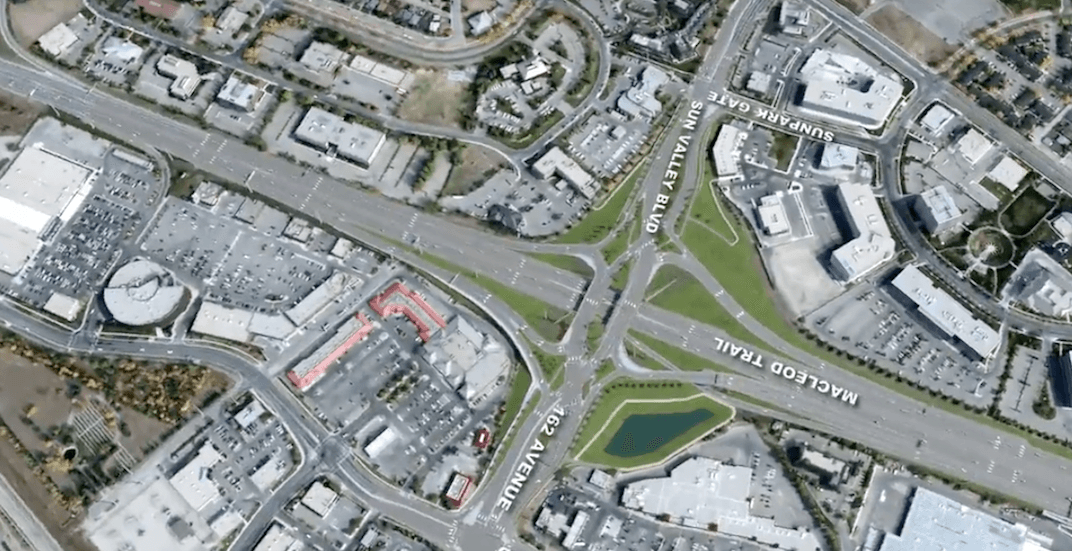 “This is the second of four major interchange projects opening this summer—projects that are a $255 million investment in connecting Calgarians with their communities, jobs, and other destinations,” said Mayor Naheed Nenshi in a release. “Now is exactly the right time to be building. With the downturn in the economy and accelerated funding for projects like this, we’re creating jobs, taking advantage of lower prices, and building critical transportation infrastructure that will reduce congestion on our roads.”

The DDI is designed so that the two directions of traffic on 162 Avenue will briefly cross to the opposite side of the bridges over Macleod Trail. This allows more effective traffic flow at the traffic signals within the interchange, and for left turning vehicles to move forward without crossing oncoming traffic.

Additional closures and road construction will continue to take place through the remainder of August and into September in order to complete the roadway. This will be the last major stage of road construction for this project.

The $78 million project is expected to be fully complete later this fall. The speed limit in the construction zone will remain at 50 km/hr until project completion.