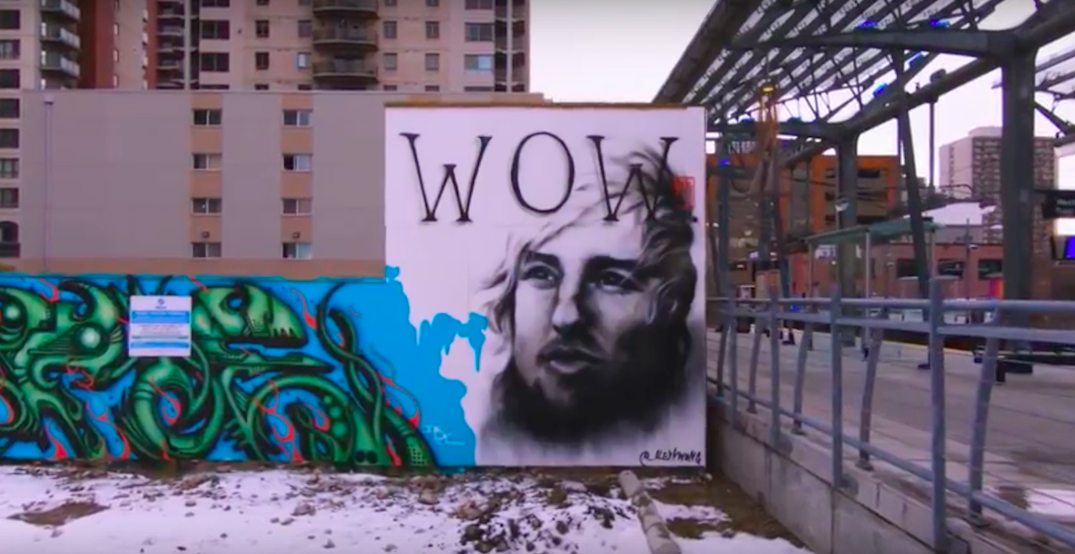 In the immortal word’s of Owen Wilson: “Wow.”

A new mural of the iconic actor has recently been put up in Calgary, and it acts the starting point for a hyperlapse video created by one Calgary filmmaker.

A YouTuber under the username “Meow Capone” posted a video titled “GoPro Hero 7 Calgary YYC Hyperlapse” on November 14, which takes the viewer through many of Calgary’s most notable locations.

The Peace Bridge, a +15 walkway, Stephen Avenue, and the Centre Street Bridge are among many other spots floated through by the video, giving viewers a look at Calgary in less than 40 seconds flat.

The video appears to have been shot recently, as small patches of snow can be seen scattered throughout the locations.

Take a look for yourself to see how many of these Calgary spots you can recognize before they zip away!