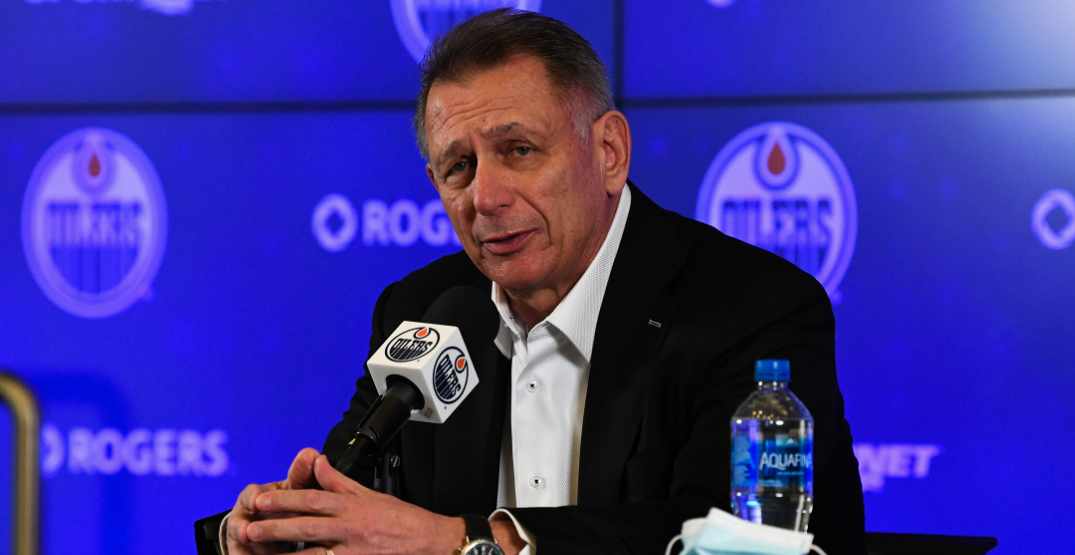 Edmonton Oilers General Manager Ken Holland was candid in a radio interview when it comes to the team’s salary cap situation.

Holland then admitted that the Oilers currently having no cap space (per Capfriendly, with just 20 of 23 players listed) could shorten their roster to begin the season.

“Ideally, we’d like to probably run it on 23 players and have some cushion set aside to call up a player to maybe run it on 24-25 [players on the roster],” Holland said. “But we’ll probably have to, the way we are right, now run it on 21 or 22 players. But we’ll see here over the next seven weeks [before the season starts].”

Holland said he’s looking at adding a bargain bin free agent should the right player be interested. In total, he’s made 11 signings this summer, including bringing back Evander Kane, Kailer Yamamoto, and Jesse Puljujarvi to the roster.

“There are some players out there that I’m still kind of looking at that maybe on the bottom part of the roster,” he said. “We’d like to add in somebody on a one-year deal that, you know, sort of undervalued because they didn’t get swept up in that over the first couple of weeks of free agency.”

But if the right move isn’t there, the Oilers might just have to be shuffling their lineup around to fit under the $82.5 million salary cap.

“I am comfortable if we do nothing,” Holland added. “We are tight. But we’ll see there’s still a long way to go before we have to submit our opening-day roster.”

The Oilers kick off their regular season on October 12, when they take on the Vancouver Canucks on the road.