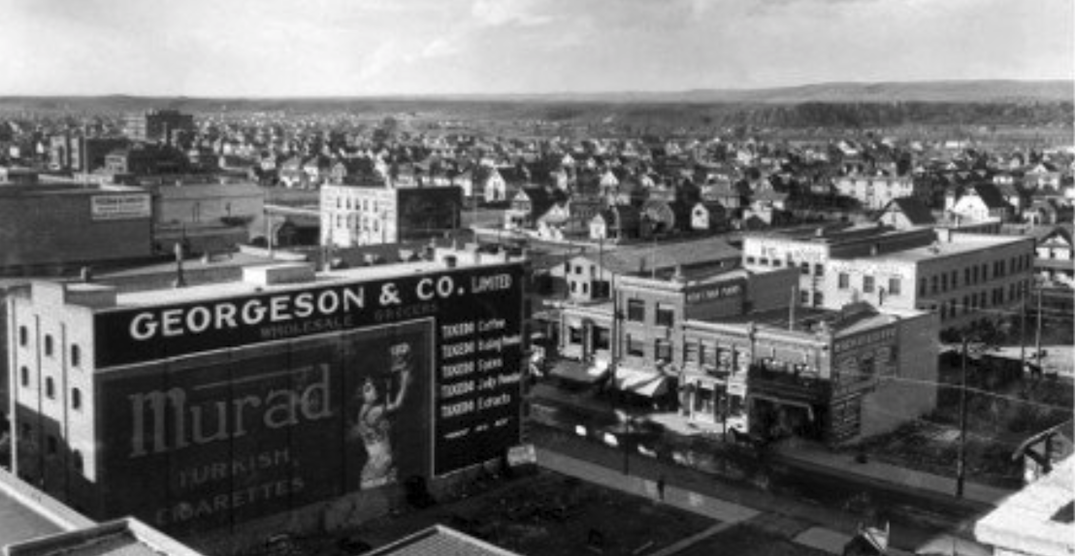 View of Calgary skyline from 1910 (@sa_Pioneers/Twitter)

In 1908, Calgarians decided to put together and store a time capsule in the Historic City Hall — though we’re sure they just called it City Hall at the time.

Fast-forward a full 110 years, and Calgarians are just one day away from finding out exactly what was put inside that capsule.

On Thursday, November 8, the City of Calgary plans to retrieve and open the century-old treasure trove of historical information.

Mayor Naheed Nenshi will be on hand during the historical event that starts at 11 am, alongside Calgary’s acting director of Facility Management Darrel Bell.

City officials will go into the Historical City Hall to retrieve the long-stored time capsule, and its contents will be shared with the public shortly after.

The Historical City Hall was built between 1907 and 1911, meaning that the contents of the capsule will be nearly as old as Western Canada’s only surviving city hall from the early 1900s.

The building has been undergoing a rehabilitation following a $34.1 million investment towards its renewal in 2014, which is expected to be completed in July 2020.