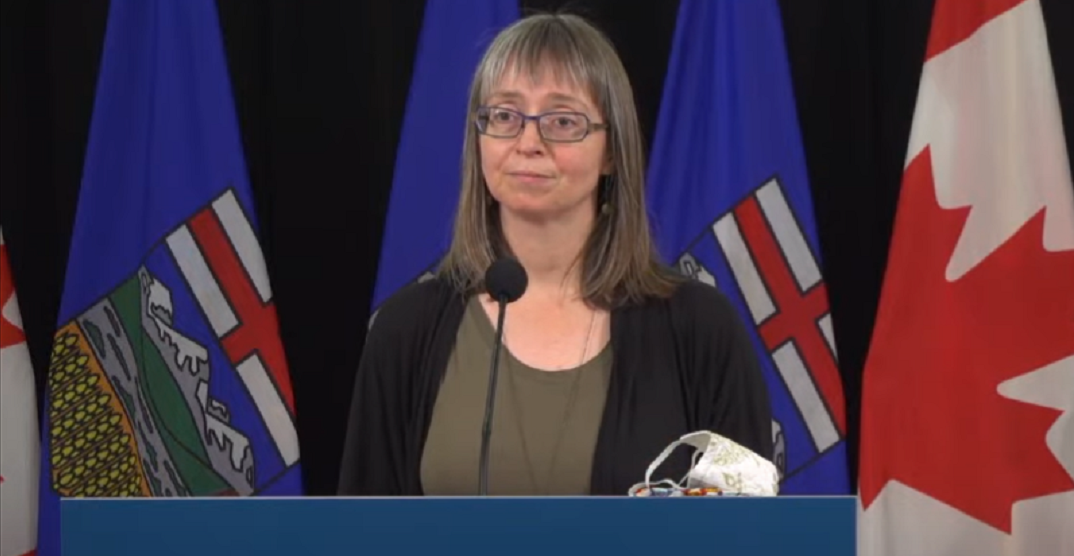 Alberta’s Chief Medical Officer of Health announced on Monday that she plans to bring new public health recommendations to the provincial government this afternoon.

Hinshaw made the announcement at a 2 pm press conference on November 23, stating that she will be heading immediately to a meeting with the cabinet following the conference.

Hinshaw said she would provide details on the potential new measures on Tuesday, November 24, once representatives of the provincial government have decided on them. She also noted that new action is necessary to curb the alarming growth of the virus within Alberta.

“It is clear that we have reached a precarious point in Alberta. The virus is spreading faster and more widely than at any other point during the pandemic,” she said.

“Last Monday, we announced 860 new cases, and on Sunday, less than a week later, we announced 1,584. The number of fatalities from this virus is growing, and the number of hospitalizations and ICU admissions continues to rise, challenging the health system’s ability to deliver the care that Albertans need in the future.”

Hinshaw did not reveal any of the recommendations she plans to bring to the cabinet.

“To put it as plainly as possible, this is like a snowball rolling down a hill growing bigger and faster, and it will continue unless we implement strong measures to stop it,” she said.