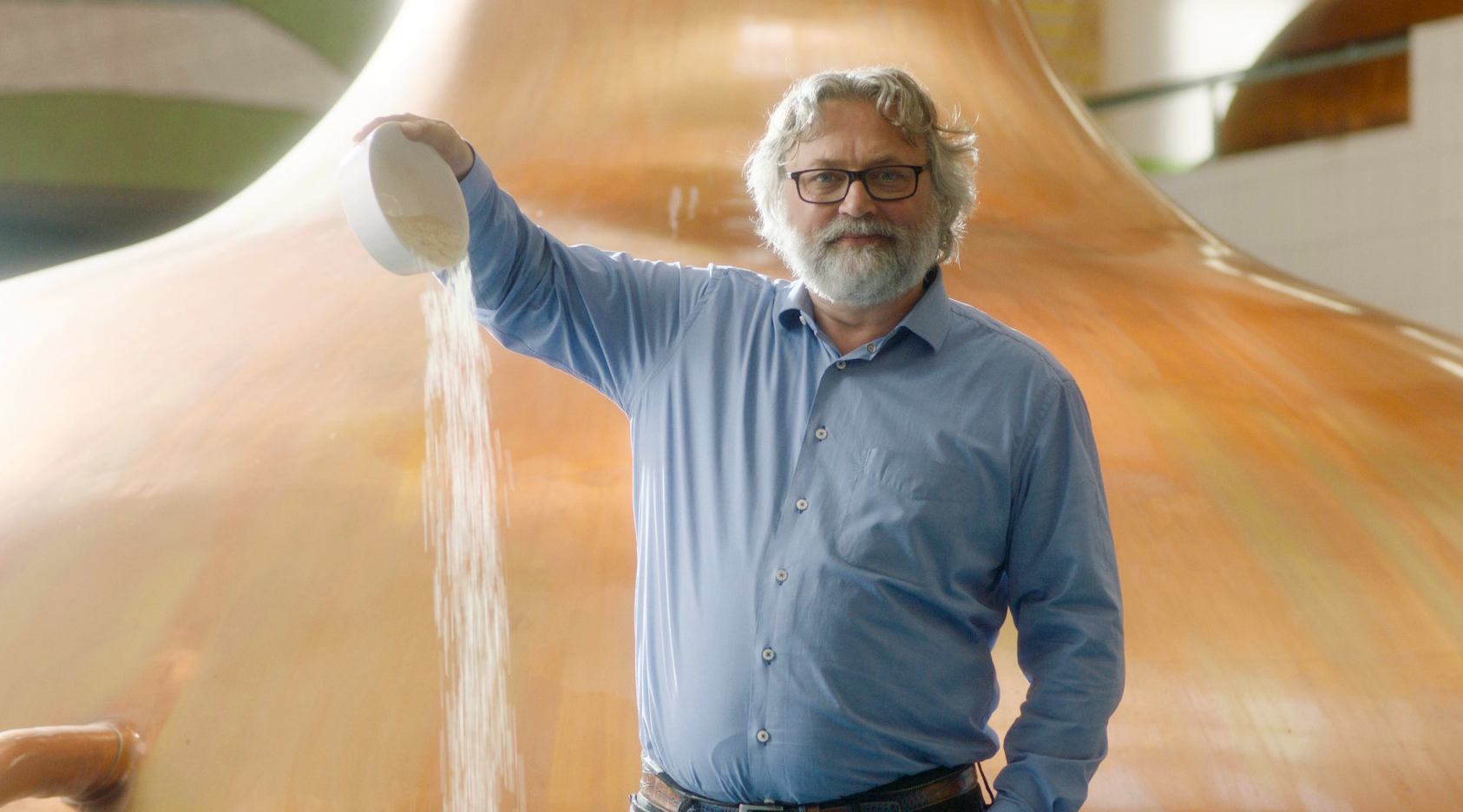 Heineken beer’s top craftsmen are taking on Canadian craft breweries in a bid to make their Amsterdam lager the drink of choice in North America.

Over the past few years, the number of microbreweries and craft beers being produced in Canada has risen exponentially, particularly in BC and Ontario.

And according to a report by Toronto-firm NPD, craft and microbrew beer now account for 17% of all beer served at casual dining restaurants.

“Craft is a commercial concept with the single aim to block out big brewers and that’s fine with me,” said van Waesberghe.

“But the real things is, it’s about taste. It’s about variation of taste and people want to experience that.”

There is no real definition of a craft brewery. For many, it is simply a small, independent brewery, for others, it’s also about taste and traditional methods. 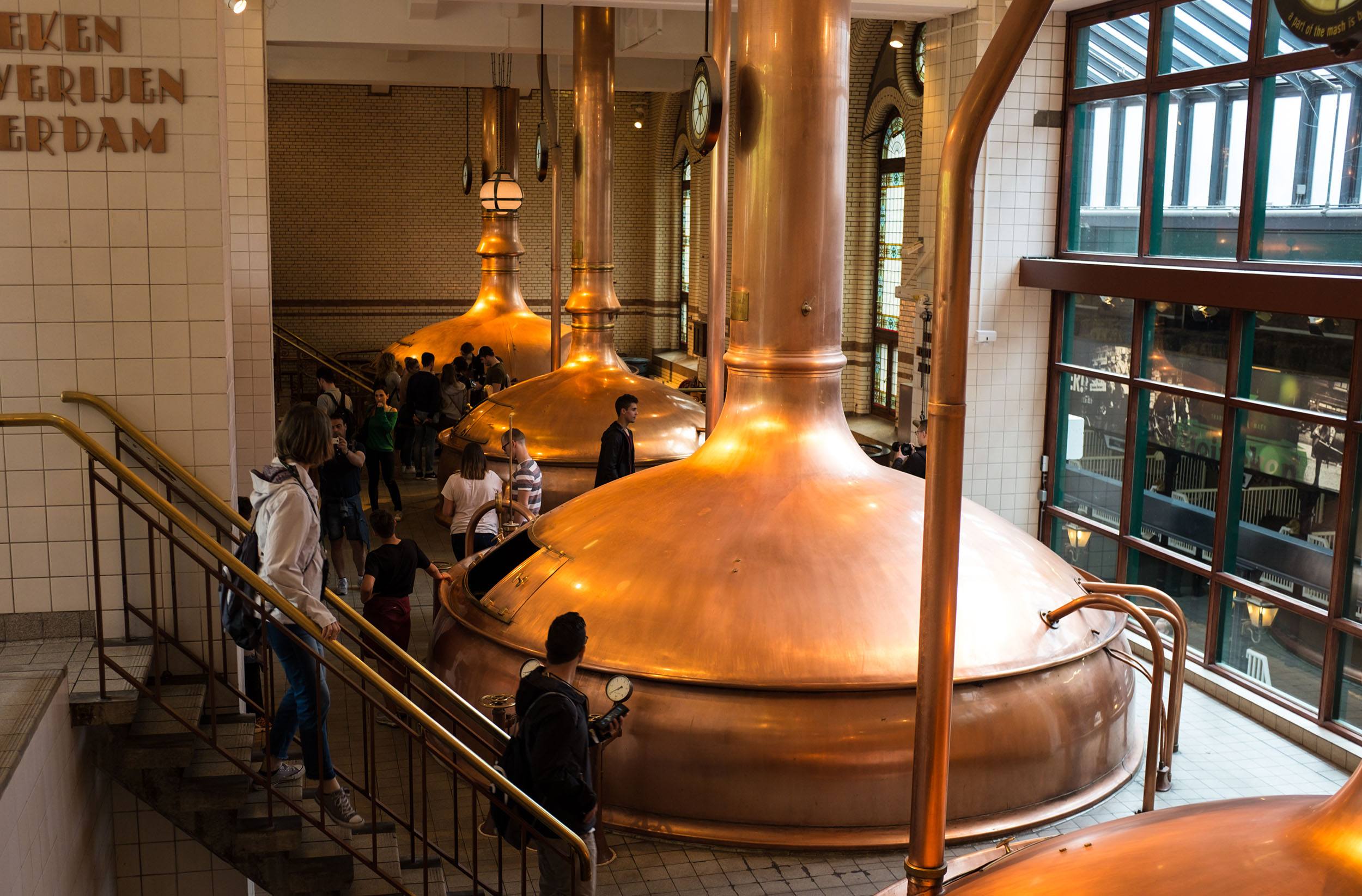 Heineken may be big – 25 million of their lagers are served each day, across 192 countries – but Van Waesberghe says that’s what craft brewers want.

“If you look at the craft world, we are the dream of a craft brewer,” said Van Waesberghe.

Heineken too began as a microbrewery, back in 1873, when Gerard Heineken bought a patch of land in what is now Amsterdam, and began brewing lager.

By 1933, Heineken was the first imported beer to hit US shores after Prohibition ended (they cunningly had a ship full of beer lying in wait offshore).

Now some 140 years after Heineken first opened, the brewery has vastly expanded to become the world’s second-largest brewer – and indeed, remains a family.

Gerard’s great-granddaughter Charlene de Carvalho-Heineken holds a controlling stake in the brewery, and her son Alex is about to join the company board too. 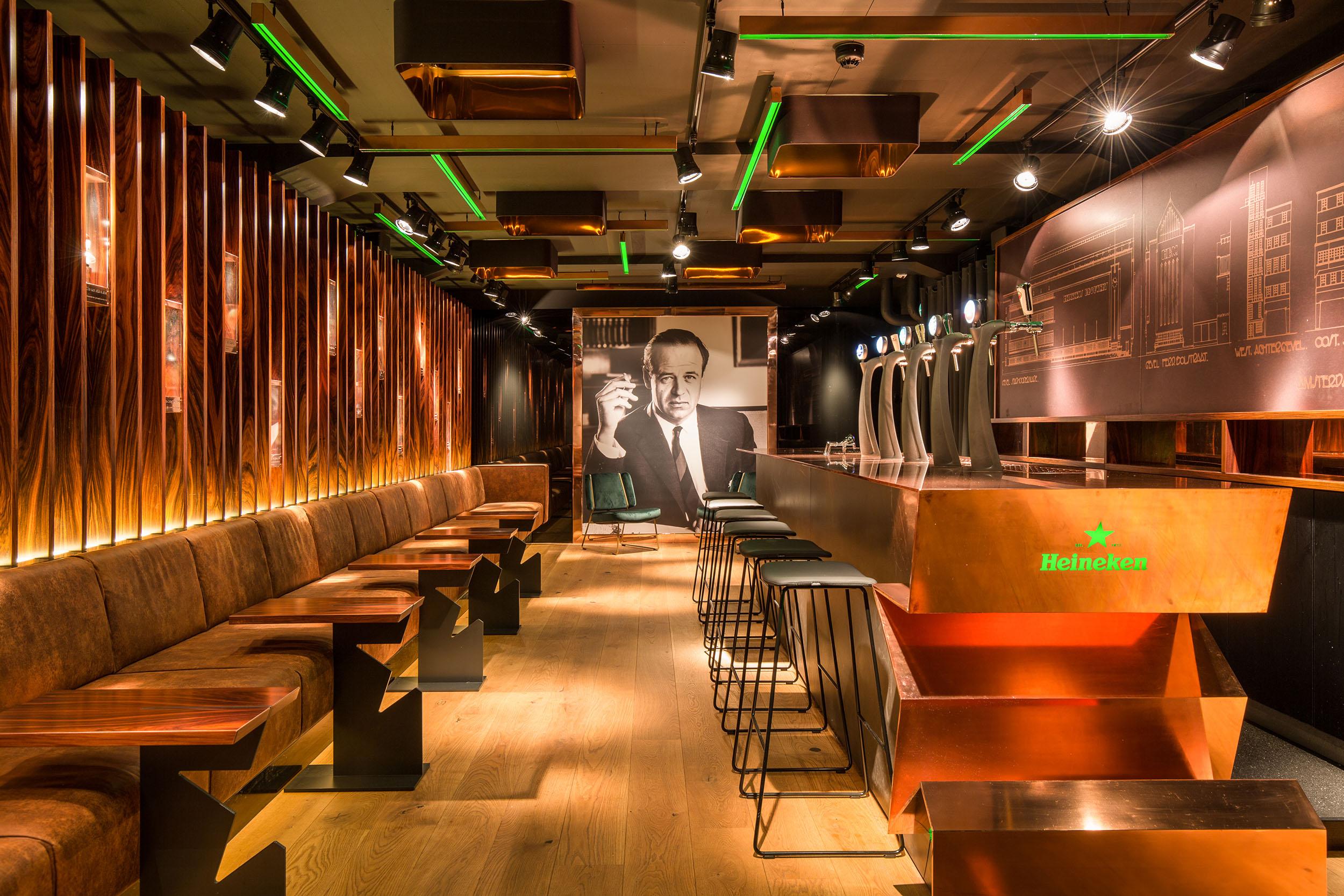 Van Waesberghe also has a family history of brewing, although it could have all been very different. While his father was a brewer, he became a geologist.

“Then after two years working as a geologist, I found out that I liked beer more than stones,” he laughs.

Van Waesberghe went on to brew his first beer aged 26. “It was a weissen beer in a small brewery in Utrecht. It was a good beer!”

Now, his job is less about creating new beers and more about adjusting the Heineken recipe to keep the taste consistent wherever it is brewed.

“Heineken is an international beer. We’re not going to change anything about it and it’s a taste which is there already for a long time,” said Van Waesberghe.

Indeed, the beer is still brewed with only four ingredients – water, hops, malted barley, and A-Yeast. At 28 days, it takes longer than the average beer to brew. 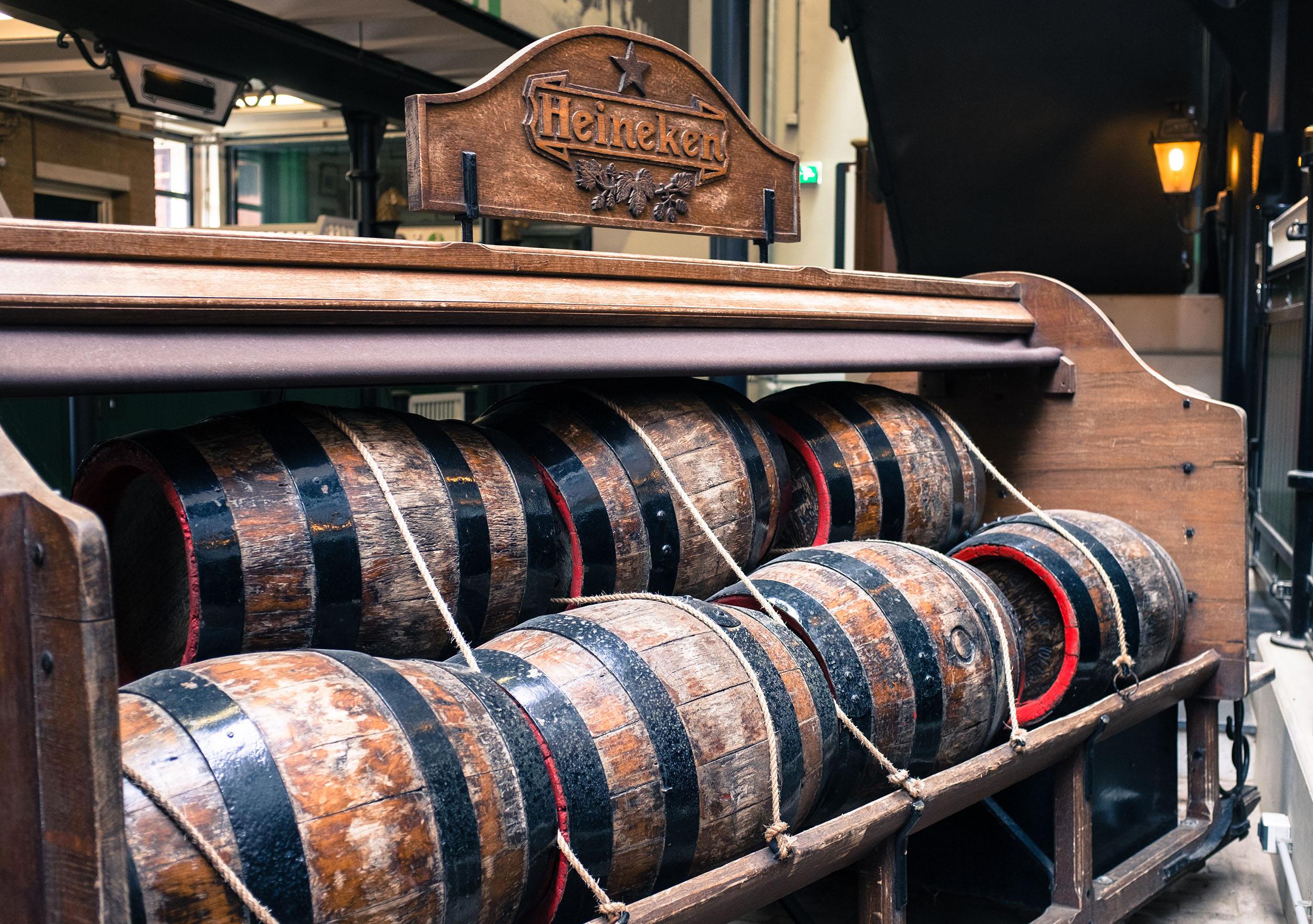 Having said that, Van Waesberghe has also been working on Heineken 00, an alcohol-free beer which recreates the taste of regular Heineken.

But despite his serious expertise in the brewing process, Van Waesberghe often finds himself coming up against misconceptions about what he does all day.

“Personally, I feel a little bit sad when you get accused of being an industrial brewer, saying that you don’t have to do anything anymore,” said Van Waesberghe.

Large and small brewers alike have to adapt their recipes to get a certain taste when raw materials change with the harvest, or they get new equipment, he says.

“It’s the same decisions, it’s only you make 20,000 times more beer in the same moment. So the craftsmanship is I think more important than the word ‘craft.'”

That craftsmanship isn’t just in the brew though – it’s also in the pour, and that’s the responsibility of Heineken Global Draught Master Laurens Raven. 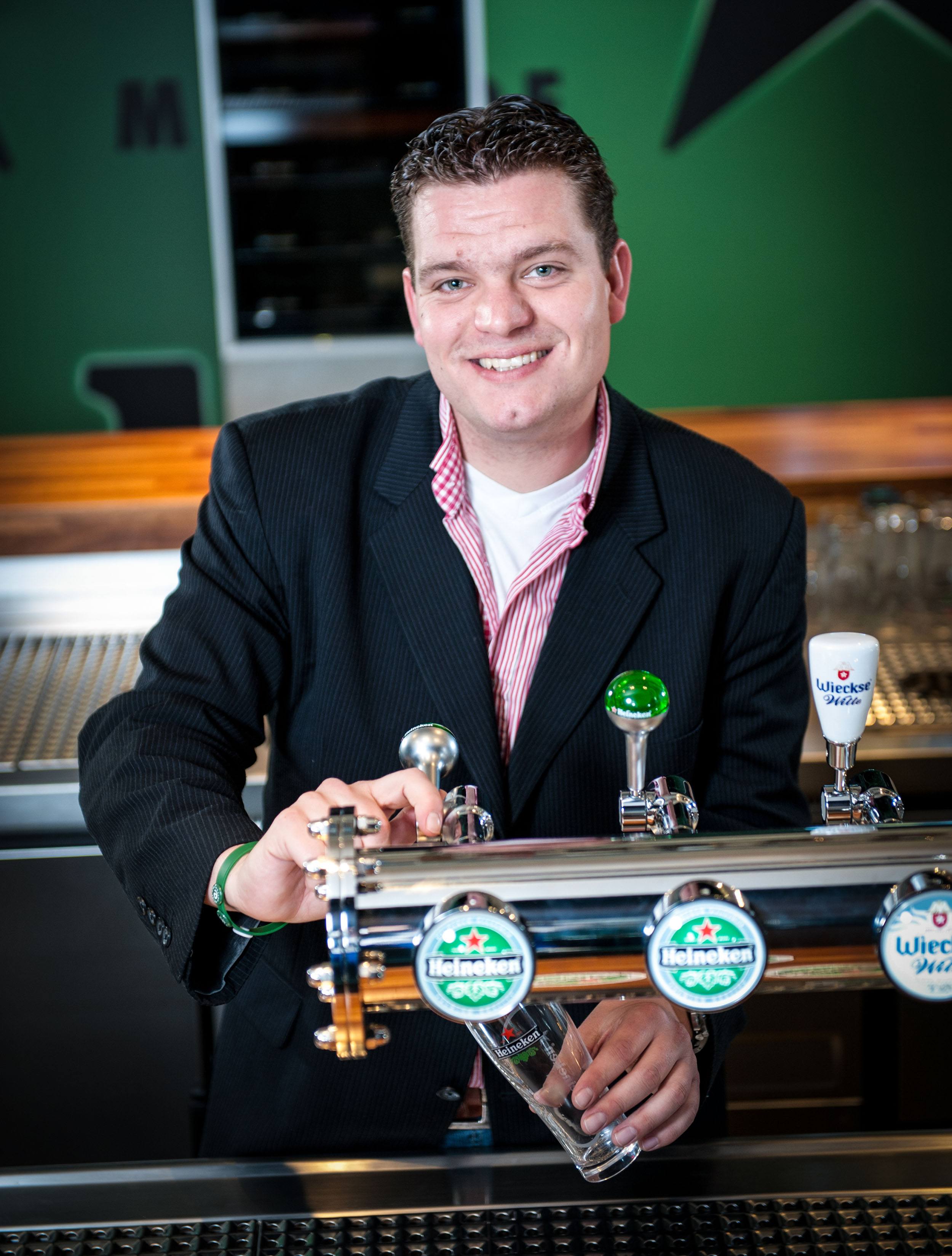 Raven is a larger than life character, as you would expect from someone whose main job is travelling the world, teaching bar staff how to pour the perfect Heineken.

“If the bartender’s pouring a perfect beer, you will get something you can never get at home,” said Raven.

“You are increasing the drinkability of it, the mouthfeel, and it is just much fresher and easier to drink. And that counts for any lager.”

In case you were wondering: hold the glass at a 45° angle, straighten it up as it fills, let the foam overflow, and most important, skim the foam off the top.

If all goes well, the bitterest hop residue will be skimmed off the top and the bottom of the foam will settle on the shoulders of the red Heineken star.

All this protects the beer from oxidation. I didn’t think it would make much difference – but a properly poured Heineken tasted more crisp and just…better. 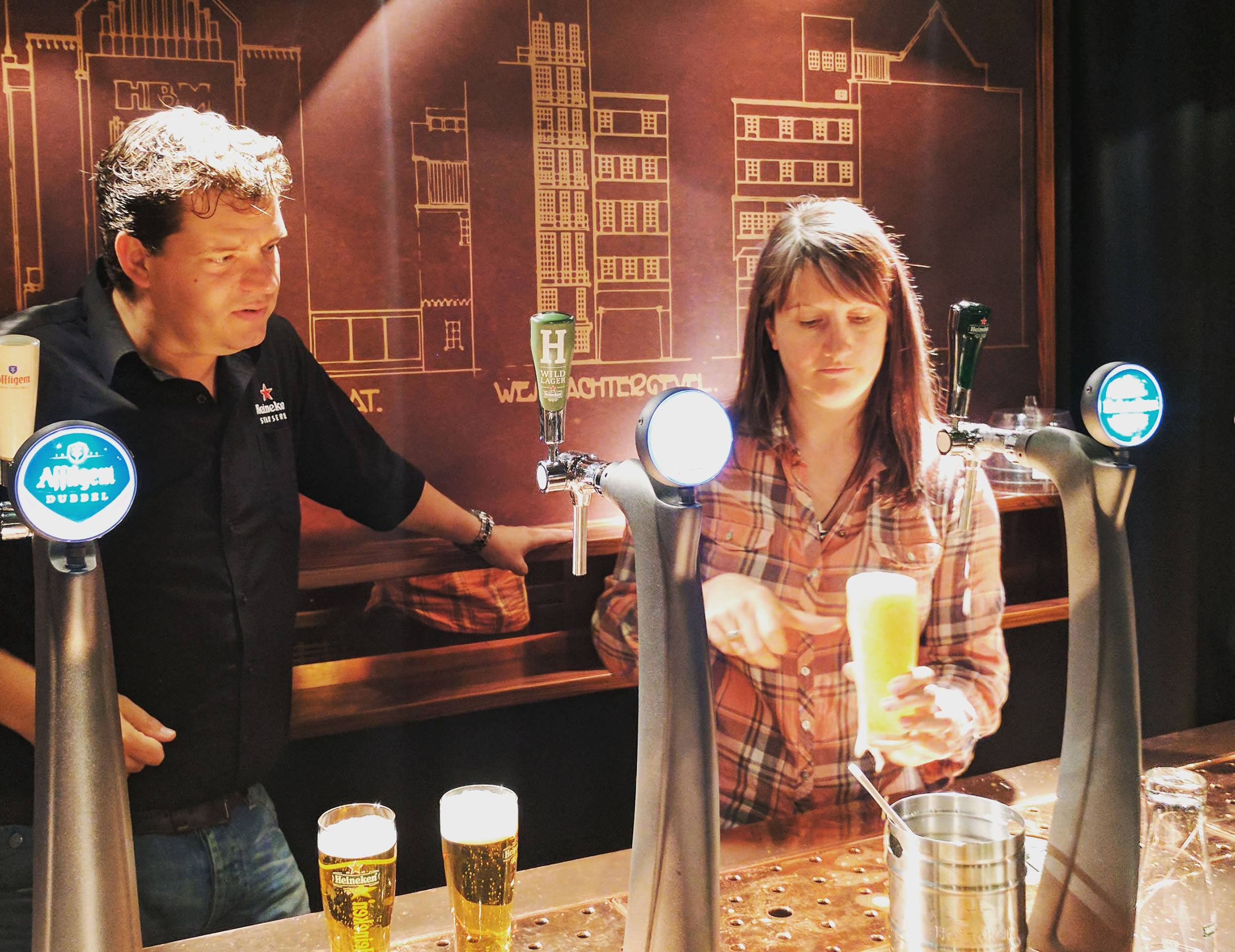 Raven didn’t always have such an easy drinking, jetsetting life. Originally a social worker, he used to work with criminal juveniles and children with autism.

And then, while studying for more qualifications, he began working in a bar. The rest is history. For the past 11 years, Raven has trained people how to pour Heineken.

As you would expect from a man who tells me he has “green blood” running through his veins, Raven is passionate about his beer.

“I’m a Heineken guy, I love Heineken, I breathe Heineken, But in the end, I try out new stuff as well,” said Raven, who thinks the growth of craft beer is great.

“There are so many new breweries around the world. I think it’s really nice, as consumers will find that brewing beer is not just something easily done.”

“Every small brewery started, it doesn’t matter how many years ago, as more or less, craft. A small brewery, authentic, with a really great product.

“That’s what Heineken is. It just got bigger.” 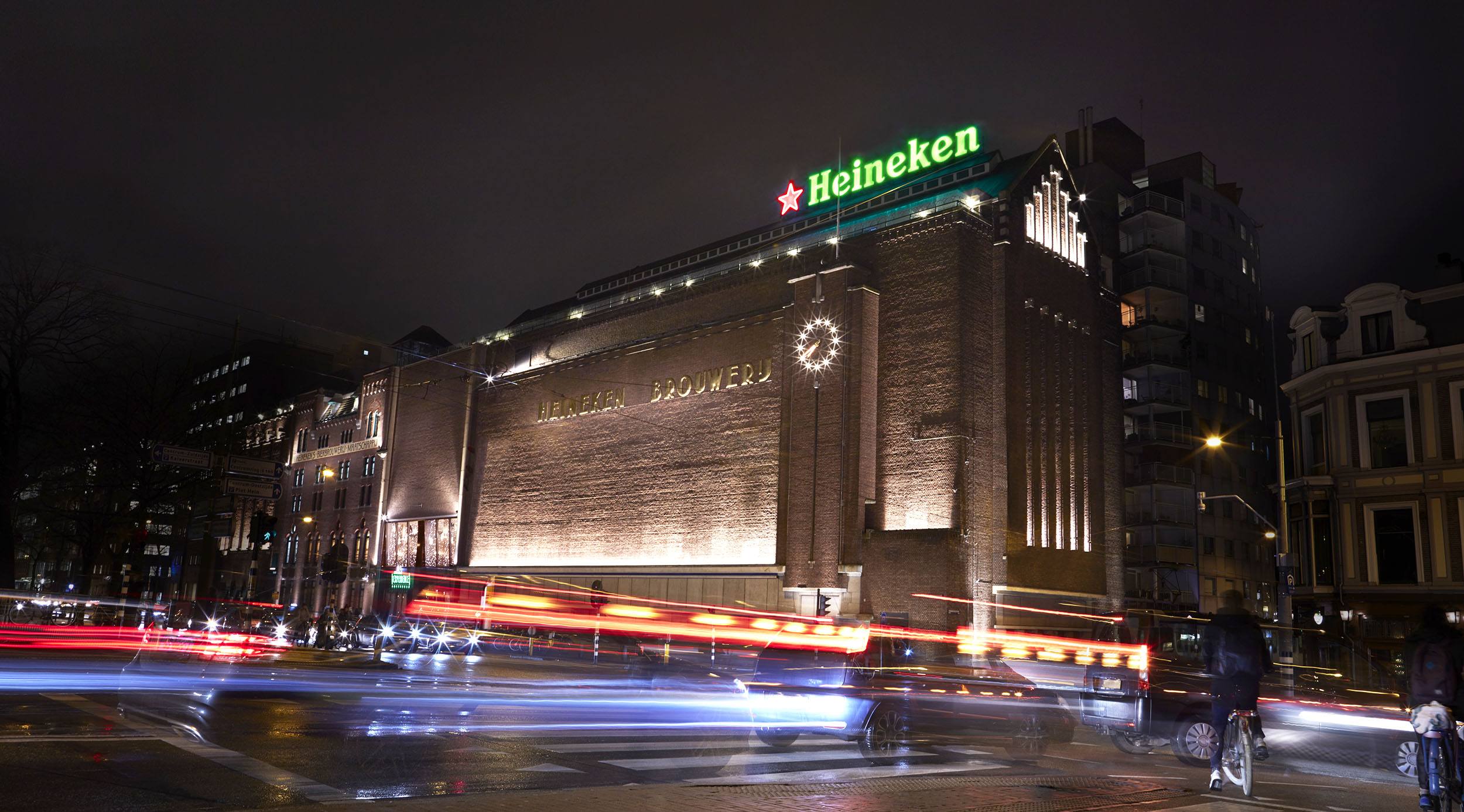 The Heineken Experience, original site of the Heineken brewery in Amsterdam (Heineken)

Raven advises anyone who has the chance to go to Amsterdam to tour the Heineken Experience, an interactive museum on the site of Gerard’s first brewery.

“Let the green blood run through your veins,” said Raven.

“From the moment you walk in, you will have a different look at the brand, the passion and the quality that’s put in there.”

For the less jetsetting among us, Raven suggests just having a beer.

“But if you were to ask me, I definitely prefer a Heineken at all times. And it has to be cold.” 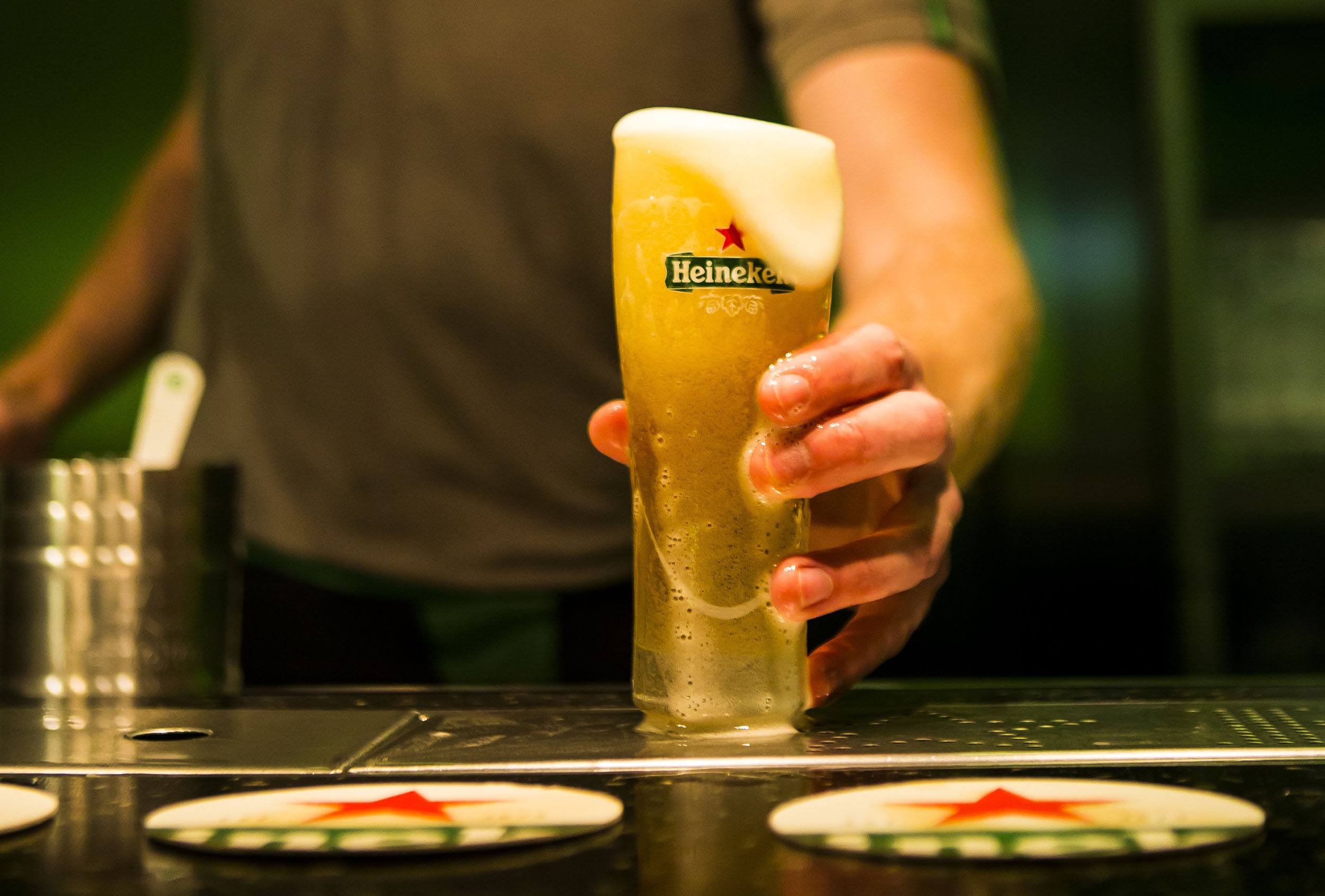 Want to find a draught Heineken in your city? The company just launched a Draught Finder map.

And if you want that Heineken extra cold, just aim for the red stars marked “5-Star Draught Experience.” Cheers!