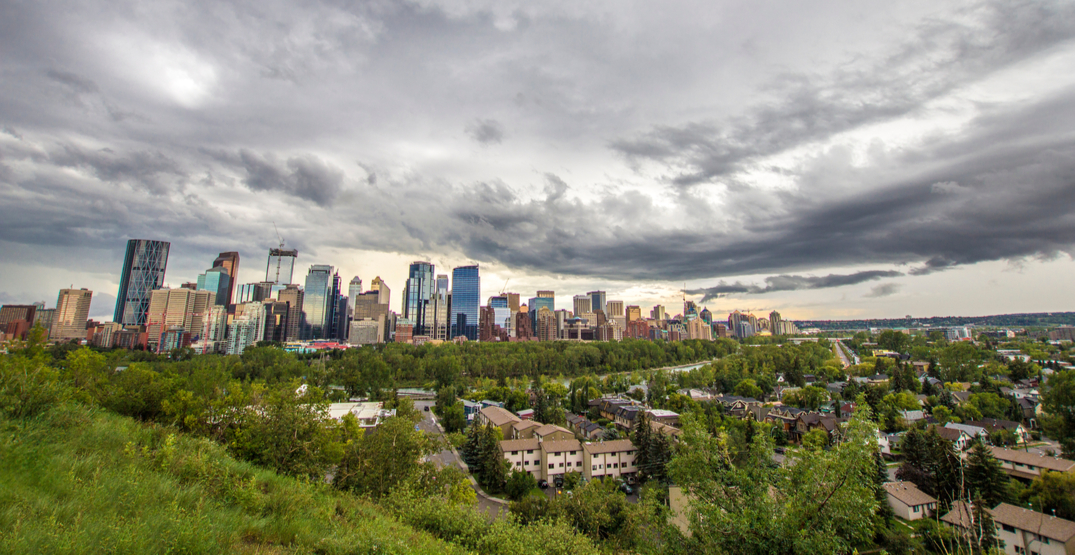 Summertime, and the livin’ is… actually kind of dangerous?

At least out here in Alberta, where summer months mean thunderstorms, frighteningly large hail, and the very real possibility of heatstroke.

Calgary is currently at risk of at least one of those worries, apparently, as Environment Canada has the city under yet another heat warning.

Calgary joins pretty much half the entire eastern half of the province under the government-issued warning, which states that temperatures could reach upwards of 29°C and that Calgarians may want to reschedule their outdoor plans for a cooler time of day.

Heatstroke and exhaustion should also be kept in mind, and anyone showing symptoms that include lack of sweat, confusion, fainting, high body temperatures, and unconsciousness will need some medical attention.

As always, it is encouraged to drink lots of water, take breaks from the heat, and make sure not to leave children and pets inside a closed vehicle for any length of time.

Currently, 26 Alberta regions are also currently under a severe thunderstorm watch, though thankfully Calgary is not (yet) among them.

Still, some rain is in the forecast for later tonight and Friday, so be sure you’re not leaving your dogs and kids outside, either.