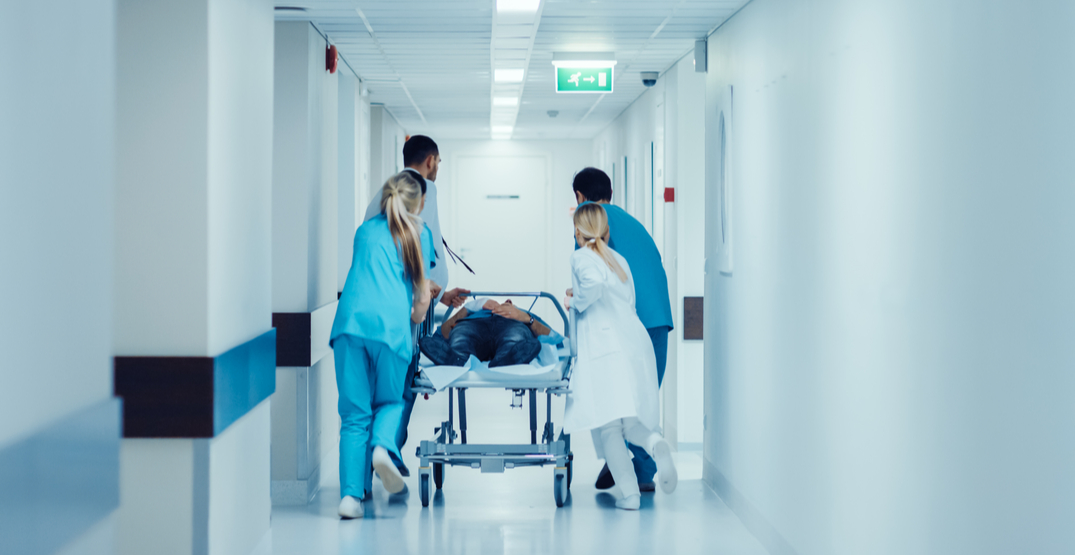 Healthcare workers at locations across Alberta walked off the job on Monday morning in protest of the provincial government’s plans to cut 11,000 workers during the pandemic.

The proposed cuts were announced earlier this month, with Alberta Minister of Health Tyler Shandro stating that the majority of cuts would be due to outsourcing support services like laundry and community labs.

Guy Smith, the president of the Alberta Union of Provincial Employees (AUPE) which represents 58,000 of the province’s healthcare workers, stated in a release that the decision to strike had been made by the workers themselves, and that “AUPE is a democratic union and we respect the wishes of our members.”

“Nursing-care and support workers decided today that there was no other option but to fight to protect Albertans at risk, especially during the deadliest pandemic in a century,” he said in the release.

“By constantly short-staffing public health care, this government is pushing our members to the breaking point exactly when Albertans need them most.”

A statement from Alberta’s Minister of Finance Travis Toews, notes that the strike is illegal and that those involved will be held accountable.

“I’ve been aware of a number of illegal strikes taking place in hospitals and health care settings across the province. Government’s primary concern is ensuring the health and wellbeing of patients, which has been put at risk this morning,” he said in the statement.

“Alberta spends 42% of its budget on health – which has increased 17% since 2015. Health spending is at record highs and is expected to be $20.9 billion this year – this does not include $769 million earmarked specifically for COVID-19. Alberta Health Services is taking immediate action with the Alberta Labour Relations Board to end this illegal activity.”

The strike comes amid an ongoing bargaining process between the Province of Alberta and AUPE.

Though Toews noted in his statement that Alberta’s healthcare workers should “respect the bargaining process, [and] stop putting Albertans’ safety at risk and abide by the law,” Smith stated in the AUPE release that members were doing what they have to to keep Albertans safe.

“Public safety is why they are taking this action,” said Smith.