The Cross House has long been a staple in the world of Calgary’s haunted buildings. Now known as the Rouge restaurant, the old house is thought to be haunted by the ghosts of Helen Cross and her daughter Nellie.

In fact, its haunting has made a paranormal believer out of Rouge head chef and owner Paul Rogalski.

Pots and pans have been known to fly around, doors open and close, and even a vault has opened without explanation.

Some have even seen a father and daughter sitting in front of the fireplace.

The house was built in 1891 and was owned by A.E. Cross, one of the “Big Four” who established the Calgary Stampede. It’s a designated Calgary Municipal and Province of Alberta Heritage site. 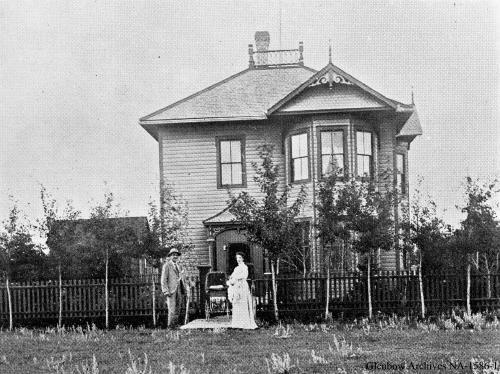 Some people say the house is haunted because of the tragic deaths of the Cross’s two children, who died mere minutes apart after they fell severely ill. They passed while their Father, Alfred, was waiting on some medicine from Winnipeg at a train station.

“The upstairs of the old Cross House is reportedly haunted by Mrs Cross. We didn’t see anything, but there was definitely an atmosphere up there,” writes one person who reviewed the restaurant.

And if hauntings aren’t your forte, the restaurant is known for its fine cuisine.